Review and Giveaway: The Night Dahlia by R.S. Belcher 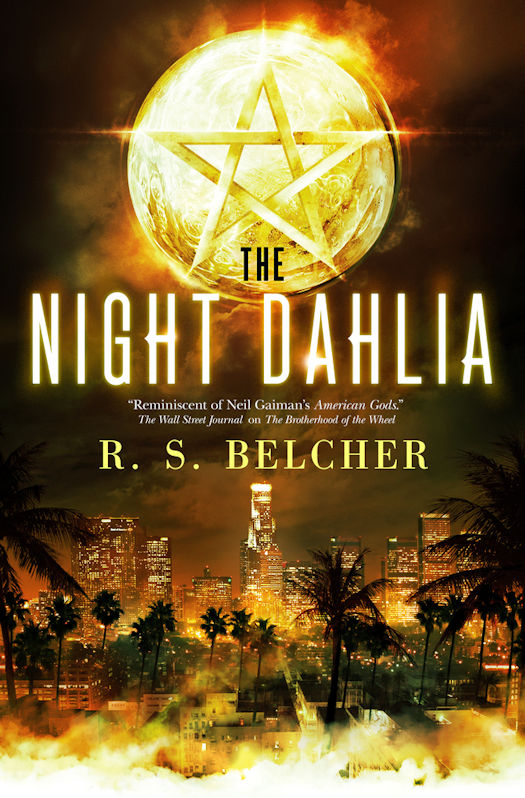 What can I say about Laytham Ballard, the anti-hero of the Nightwise novels by R.S. Belcher? He has a great capacity to do bad things. He's a powerful wizard, god-like in his strength. He's brilliant, selfish, egotistical, often violent. He's made terrible mistakes. He keeps everyone at arm's length preferring not to let anyone know that he is capable of any tender emotions. He's someone that will do whatever it takes to survive. He knows all of this about himself. And yet, he often does the right thing; often for the wrong reasons. In The Night Dahlia, Belcher dives deeply into Laytham's psyche and past while telling a fantastic story of Laytham's hunt for Lord Ankou's daughter, Caern, who disappeared years ago. He takes the job for selfish reasons - so can he reverse a mistake he made in the past.

The novel is primarily set in Los Angeles, California. Laytham is not welcome in LA. He was expelled from the Nightwise (supernatural police) in L.A. years ago though he claims he quit. He is haunted by a case he could not solve and the love he could not except and had abruptly left. There is a huge trail of hurt and pain Laytham has left behind. He is accompanied on this job by a retainer of Lord Ankou - Vigil Burris. Burris is there to make sure that Laytham does the job.

Belcher introduces a fascinating and wonderfully developed cast of characters from Laytham's past in L.A - Dragon, Anna, Dwayne and his dog Gretchen , and members of the Nightwise. Grinner, who we've met before, returns. Laytham gives us a tour of L.A.'s supernatural community while working to solve the mystery of Caern's disappearance and ditch Vigil Burris whenever he can. There is much dark, seedy and violent in this novel. That's Laytham's world and where he is most comfortable.

The novel moves at an almost breathtaking pace as Laytham tries to find the missing woman. He has a deep and eclectic understanding of magic which makes for some exotic rituals and incredible magical fights.

The Night Dahlia is wonderfully written. It's a sheer pleasure to read - even the parts that are bloody and rough. This is a deeply layered novel on many levels. The mystery of Caern's disappearance is as tangled and intricate as Laytham himself. He still does things he shouldn't. He still makes bad decisions. However, he has a capacity to do good that I think may rival his capacity for evil - if only he'd believe it.

Laytham Ballard may not be the hero we want, but he is certainly the badass anti-hero we need. The Night Dahlia is a fabulous, entertaining and intricately wrought novel. Outstanding!


Read R.S. Belcher's post: The Night at the Edge of the Road: Where the Nightwise and Brotherhood of the Wheel Series Intersect here. 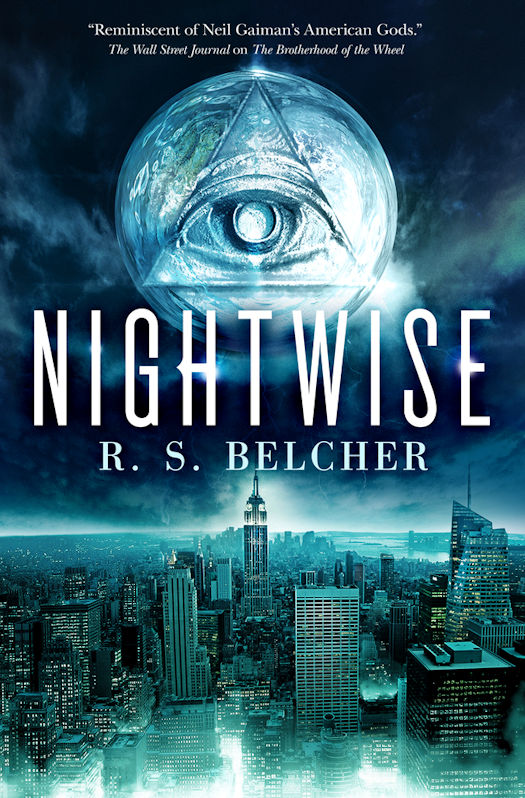 What:  1 Trade Paperback copy of The Night Dahlia by R.S. Belcher. US / CANADA ONLY

How:
Who:  The giveaway is open to all humans on the planet earth with a United States or Canadian mailing address.


*Giveaway rules and duration are subject to change without any notice.*
Posted by Qwill at 9:01 AM