STEAMPUNK, ASSASSINS, AND ADVENTURE COLLIDE IN THE FAMILY TRADE, VOL. 1

PORTLAND, OR, 03/21/2018 — The steampunk adventure begins in THE FAMILY TRADE, VOL. 1 by Justin Jordan (LUTHER STRODE), Nikki Ryan, and Morgan Beem this April from Image Comics.

THE FAMILY TRADE introduces readers to an island city in a world where history didn’t quite turn out like ours… Here a hidden family of spies, thieves, and assassins make sure that the world keeps going—or they did—until Jessa Wynn, their youngest member, manages to start a civil war.

Begin the fantasy journey into a world of swashbuckling intrigue on a floating city filled with charm and perfect for fans of Emily Carroll’s Through the Woods, Tony Cliff’s Delilah Dirk, and Jen Wang’s The Prince and the Dressmaker.

Select praise for THE FAMILY TRADE:
“Vivid and beautifully colored, cartoony in a classical sense, and it adds up to being one
of the most visually arresting comics of the year.” —Comic Book Resources
“High praise is due to this team for writing a heroine worthy of admiration by all ages,
and giving her glorious art to match.” —Multiversity Comics
“An interesting setting and a witty, self-aware, badass female lead character is going to
reel me in. The Trumpian main character will justifiably push some away, but Jordan
and Ryan have built the foundation for a solid, solid series in The Family Trade.”
—Court of Nerds
“The Family Trade is a solid start with a foundation to build on: a likable protagonist, an
interesting world, and an inner conflict to grow.” —Black Nerd Problems 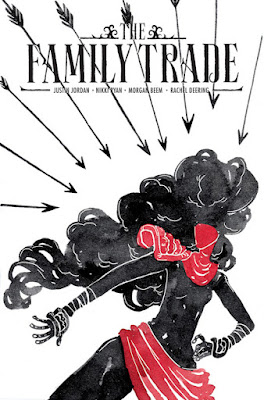 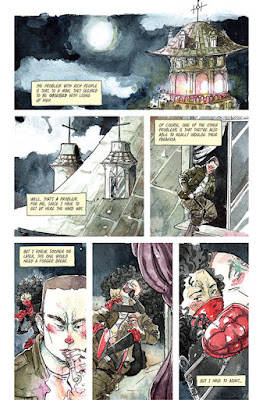 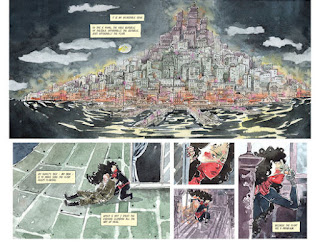 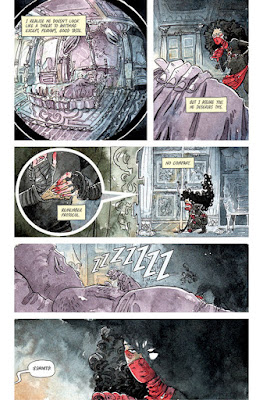 
ABOUT IMAGE COMICS
Image Comics is a comic book and graphic novel publisher founded in 1992 by a collective of bestselling artists. Image has since gone on to become one of the largest comics publishers in the United States. Image currently has five partners: Robert Kirkman, Erik Larsen, Todd McFarlane, Marc Silvestri, and Jim Valentino. It consists of five major houses: Todd McFarlane Productions, Top Cow Productions, Shadowline Comics, Skybound Entertainment, and Image Central. Image publishes comics and graphic novels in nearly every genre, sub-genre, and style imaginable. It offers science fiction, fantasy, romance, horror, crime fiction, historical fiction, humor and more by the finest artists and writers working in the medium today. For more information, visit www.imagecomics.com.
Posted by Qwill at 5:20 AM