Join the Resistance When
The Alliance Alive Launches March 27, 2018 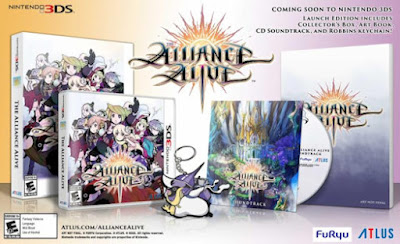 Learn More about the Gruff Barbarosa, Loyal Ignace, and
Inquisitive Vivian in the New Trailer!
IRVINE, Calif. -- Dec. 13, 2017 -- One thousand years ago, Humanity was subjugated by Daemons, but on March 27, 2018, you will have the chance to save the world and resist the Hierarchy in The Alliance Alive!

Visit the New Website
In the mean time, prepare yourself by learning more about the world of The Alliance Alive in our newly launched website. The updated website features the following:
Visit atlus.com/alliancealive for more details

Watch the Daemonic Character Trailer
We've already introduced some of the human characters in our previous trailer, but let's talk about some of the more colorful members of the group. And by colorful, we mean Daemonic. Yes, you read that correctly; there are good Daemons that want to join the fight to help free Humanity!

First up, we have the mighty, no-nonsense, Beastfolk Barbarosa. Although he was once used as an instrument of war by the Daemons to enslave humanity, he is now a key member of the Night Ravens resistance group. His skills with an axe and loyalty to his friends are valuable assets in the battles to come. Up next, we have the dynamic duo of Vivian and Ignace. Vivian is a fox-like Daemon from another world who wishes to learn more about the curious creatures known as humans. She's a compassionate being that harbors no ill-will towards other species, but don't let her bubbly and friendly disposition fool you. Vivian is an extremely powerful sorceress who won't hesitate to use her powers for good. Finally, we have Vivian's servant, Ignace. Even though he's extremely pompous towards non-Daemons and clashes with some members of the party, his loyalty to Vivian is unwavering. Plus, he's pretty good in a scrap, so never count him out!

Check out the Daemonic trio in action in the new trailer below!


From The Legend of Legacy developer FURYU Corporation and launching March 27, 2018 The Alliance Alive can be pre-ordered now for $39.99. The game will come out physically and digitally in the Americas.


About The Alliance Alive

One thousand years ago, Daemons invaded the world of Humans

They subjugated Humanity and created the Great Barrier to separate the realms. The world was thrown into upheaval, and the Dark Current was born. It carved a cross-shaped swath across the ocean, swallowing countless cities in its wake. Humanity was decimated. Hundreds of years later, Daemons rule atop a hierarchical society. However, the time for resistance has come. The world is about to change yet again...

Built on a sprawling world replete with numerous secrets to discover, players will need to establish and unite guilds throughout the four realms while battling the Daemons. Use the "Ignition" system, a part of the turn-based combat that allows for deep customization and nuanced gameplay, to reach an enhanced state and deliver devastating Final Strikes. In The Alliance Alive, players will need to keep their wits about them and think strategically to win each fight! 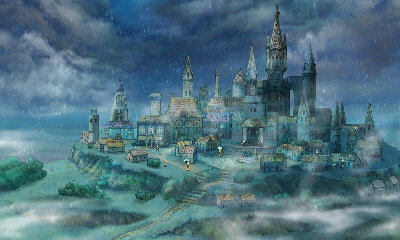 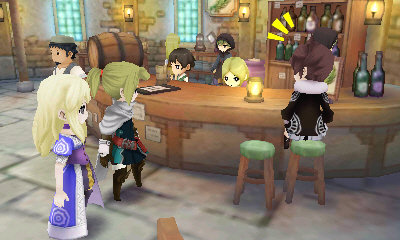 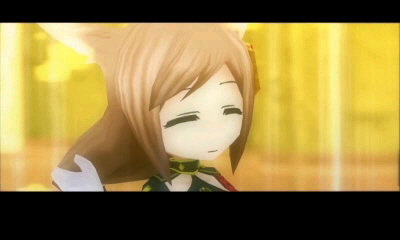 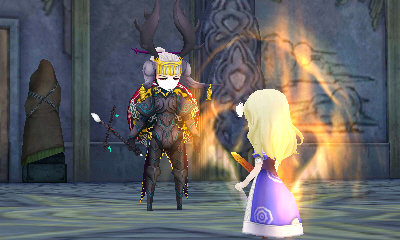 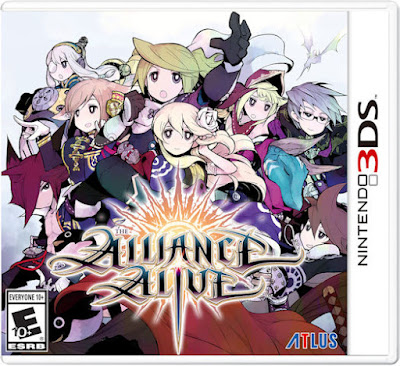 About ATLUS
Atlus U.S.A., Inc. has become known across the industry as a mark of high-quality, deeply immersive, uniquely Japanese video game experiences. With award-winning titles that reach across a variety of genres and platforms, including the Shin Megami Tensei® and Persona® series of role-playing games, the ground-breaking action-adventure/puzzle game Catherine™, and the much-celebrated RPG Demon's Souls™, Atlus is committed to offering the highest standard in interactive entertainment experiences. www.atlus.com
Posted by Qwill at 8:22 AM