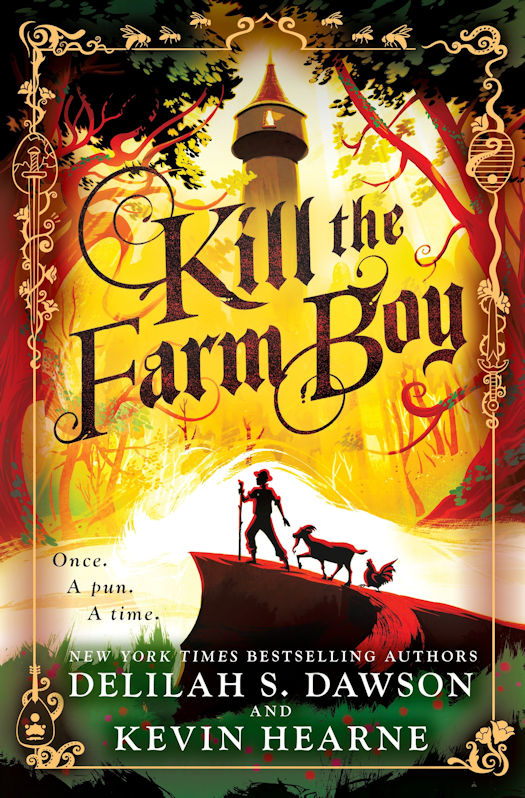 In an irreverent new series in the tradition of Terry Pratchett novels and The Princess Bride, the New York Times bestselling authors of the Iron Druid Chronicles and Star Wars: Phasma reinvent fantasy, fairy tales, and floridly written feast scenes.

Once upon a time, in a faraway kingdom, a hero, the Chosen One, was born . . . and so begins every fairy tale ever told.

This is not that fairy tale.

There is a Chosen One, but he is unlike any One who has ever been Chosened.

And there is a faraway kingdom, but you have never been to a magical world quite like the land of Pell.

There, a plucky farm boy will find more than he’s bargained for on his quest to awaken the sleeping princess in her cursed tower. First there’s the Dark Lord who wishes for the boy’s untimely death . . . and also very fine cheese. Then there’s a bard without a song in her heart but with a very adorable and fuzzy tail, an assassin who fears not the night but is terrified of chickens, and a mighty fighter more frightened of her sword than of her chain-mail bikini. This journey will lead to sinister umlauts, a trash-talking goat, the Dread Necromancer Steve, and a strange and wondrous journey to the most peculiar “happily ever after” that ever once-upon-a-timed. 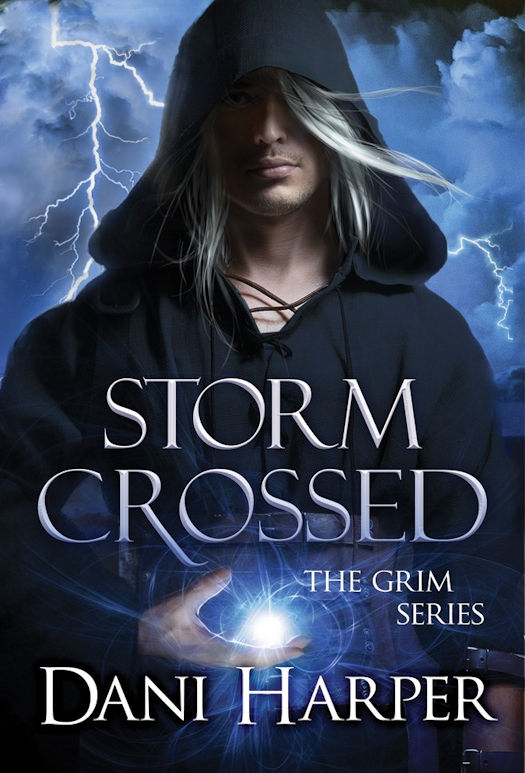 The latest stand-alone novel in Dani Harper’s Grim Series will delight old and new fans alike, transporting them to the ancient fae realm beneath the modern human world, where magic rules and menace abounds…

Heir to a noble fae house, Trahern is forced to watch helplessly as his twin brother is cruelly changed into a grim—a death dog—as punishment for falling in love with the wrong person. Trahern doesn’t believe love exists, but he will do anything to keep his brother alive—even join the Wild Hunt and ride the night skies of the human world.

Lissy Santiago-Callahan believes in love but has no time for it. She’s busy juggling her career as an academic and her home life as a single mom to a young son with Asperger’s. Her hectic life in sleepy eastern Washington is made even more chaotic with the sudden arrival of a demanding fae and his unusual “dog.”

Mortal and immortal have nothing in common, and the attraction between Lissy and Trahern surprises them both. But when their desire places Lissy and her child in the path of a deadly faery feud, will the connection last, or will their separate worlds prove too great a divide? 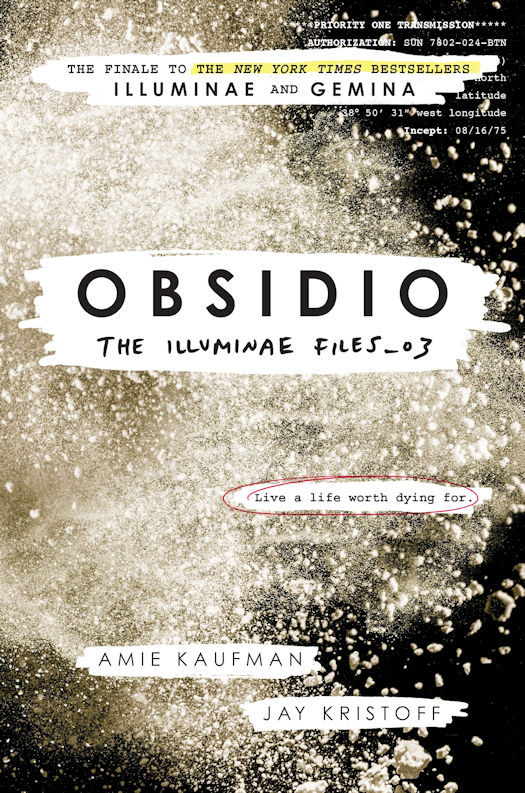 From bestselling author duo Amie Kaufman and Jay Kristoff comes the exciting finale in the trilogy that broke the mold and has been called “stylistically mesmerizing” and “out-of-this-world-awesome.”

Kady, Ezra, Hanna, and Nik narrowly escaped with their lives from the attacks on Heimdall station and now find themselves crammed with 2,000 refugees on the container ship, Mao. With the jump station destroyed and their resources scarce, the only option is to return to Kerenza–but who knows what they’ll find seven months after the invasion? Meanwhile, Kady’s cousin, Asha, survived the initial BeiTech assault and has joined Kerenza’s ragtag underground resistance. When Rhys–an old flame from Asha’s past–reappears on Kerenza, the two find themselves on opposite sides of the conflict. With time running out, a final battle will be waged on land and in space, heros will fall, and hearts will be broken.