SIENKIEWICZ VARIANT COVERS IN CELEBRATION OF THE WALKING DEAD’S 15TH ANNIVERSARY REVEALED
PORTLAND, OR, 12/07/2017 — Image/Skybound Entertainment is pleased to reveal the first two in a series of monthly THE WALKING DEAD variant covers featuring art by Bill Sienkiewicz, to celebrate the 15th anniversary of the long-running series. The Sienkiewicz variants begin with Robert Kirkman and Charlie Adlard’s THE WALKING DEAD #175 and kick-off the “New World Order” story arc and will run throughout 2018.

THE WALKING DEAD #175 Cover A (Diamond Code NOV170604) and Cover B by Sienkiewicz (Diamond Code OCT178651) will be available in stores on Wednesday, January 3rd. The final order cutoff will be on Monday, December 11th.

THE WALKING DEAD #176 Cover A (Diamond Code DEC170770) and Cover B by Sienkiewicz (Diamond Code OCT178652) will be available in stores on Wednesday, February 7th. The final order cutoff will be on Monday, January 15th. 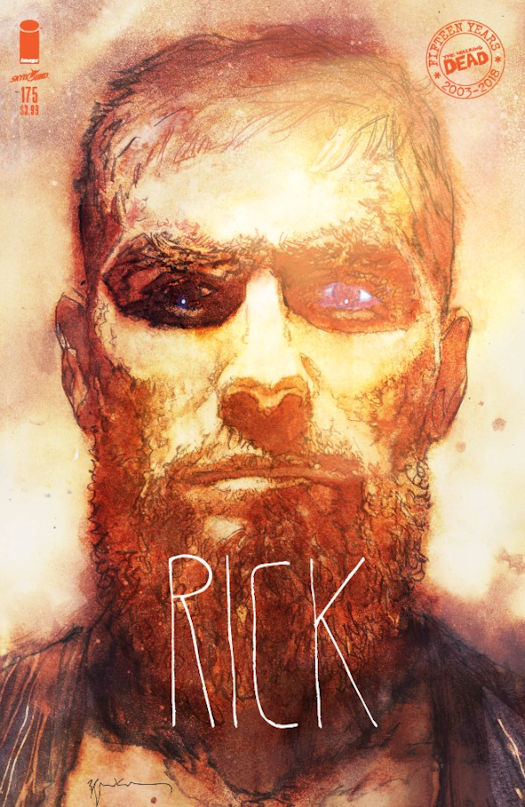 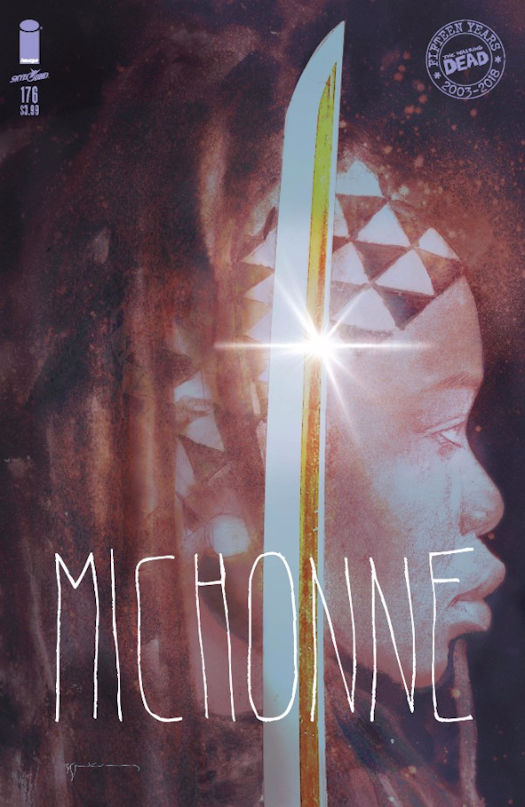 ABOUT IMAGE COMICS
Image Comics is a comic book and graphic novel publisher founded in 1992 by a collective of bestselling artists. Image has since gone on to become one of the largest comics publishers in the United States. Image currently has five partners: Robert Kirkman, Erik Larsen, Todd McFarlane, Marc Silvestri, and Jim Valentino. It consists of five major houses: Todd McFarlane Productions, Top Cow Productions, Shadowline Comics, Skybound Entertainment, and Image Central. Image publishes comics and graphic novels in nearly every genre, sub-genre, and style imaginable. It offers science fiction, fantasy, romance, horror, crime fiction, historical fiction, humor and more by the finest artists and writers working in the medium today. For more information, visit www.imagecomics.com.
ABOUT SKYBOUND ENTERTAINMENT
Founded in 2010, Skybound Entertainment is a multiplatform entertainment company specializing in television, comics, film, digital content, interactive, gaming, and merchandise. The company is led by The Walking Dead creator Robert Kirkman and his longtime producing and business partner David Alpert.
Posted by Qwill at 6:15 AM