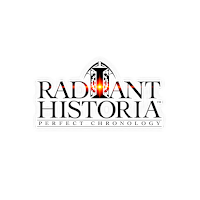 Take Control of the Battlefield
in Radiant Historia: Perfect Chronology

Learn the Ins and Outs of the Battle System
with this New Trailer!
In Radiant Historia: Perfect Chronology, it takes a well thought out strategy to maximize your attacks because the battle system is more than a simple turn-based mechanic. Here is what you can do to turn the system to your advantage:
Watch these tactics in action in our new Battle System trailer! 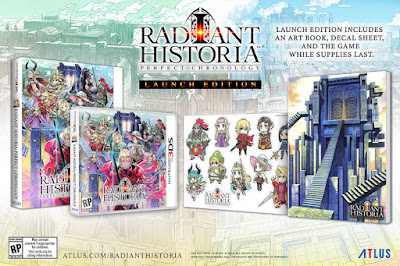 Those who pre-order or snag limited launch copies of Radiant Historia: Perfect Chronology will be able to commemorate their escapades through different timelines with some pretty nifty goodies (Americas only). There'll be an exclusive art book (we'll reveal more details in the future) and a decal set that features some key figures from the game like the stoic Alistel agent Stocke, faithful confidants Raynie and Marco, the tough-as-nails Rosch, and other familiar faces. Changing the course of history isn't easy, so use the art book and decals to remember everything that is and could have been. Those of you in Europe who pre-order or grab limited launch copies will receive an art book tucked inside the game case.

About ATLUS
Atlus U.S.A., Inc. has become known across the industry as a mark of high-quality, deeply immersive, uniquely Japanese video game experiences. With award-winning titles that reach across a variety of genres and platforms, including the Shin Megami Tensei® and Persona® series of role-playing games, the ground-breaking action-adventure/puzzle game Catherine™, and the much-celebrated RPG Demon's Souls™, Atlus is committed to offering the highest standard in interactive entertainment experiences. www.atlus.com
Posted by Qwill at 7:49 AM