Miami. Late 1990s—but still suffering a hangover from the 1980s. Young Gen-Xer Lou Rossi has fallen for a lady, and fallen hard. So when she goes missing, he’ll have to play amateur detective to get her back.

“Lou Rossi wants to grow up—he's finally of legal age to drink, so all he needs now is a steady day job and a serious relationship,” said Tommaso. “He seems to find the latter in Janet Laughton, while out doing his laundry one night. But the drama that comes with his involvement with her turns his new, ordered lifestyle upside down, having to deal with kidnappers, teenage gangsters, threatening letters, and Janet's dangerous ex-boyfriends.”

DRY COUNTY will launch in March 2018. 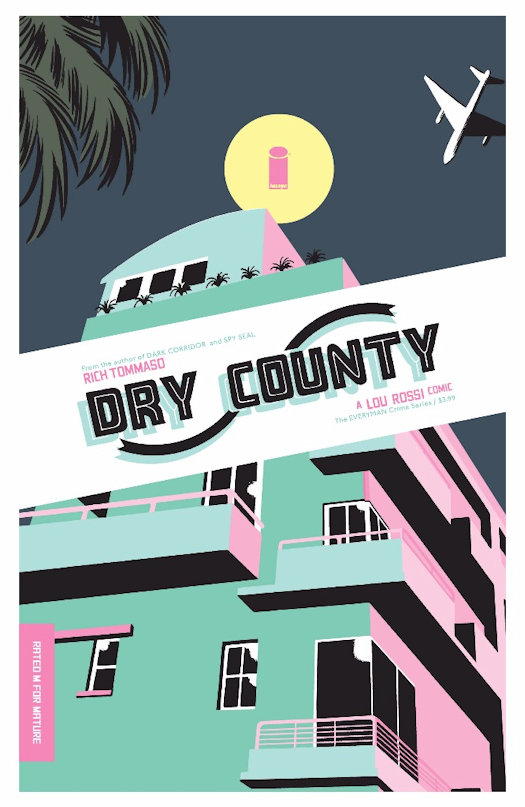 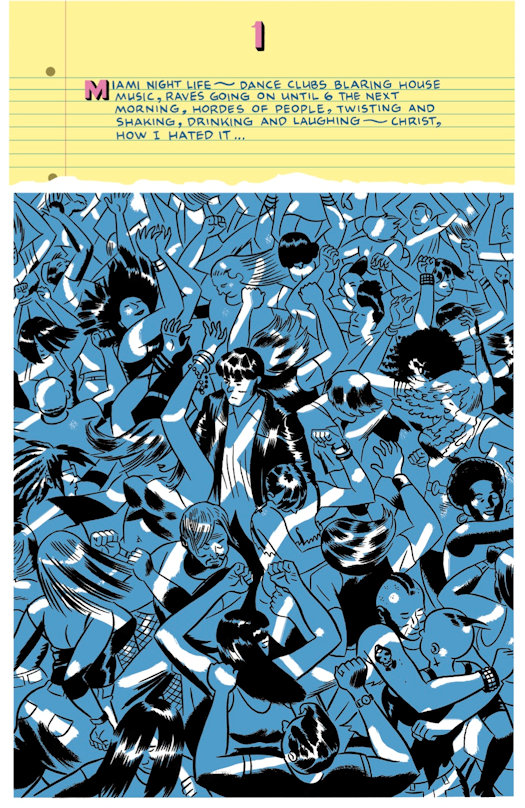 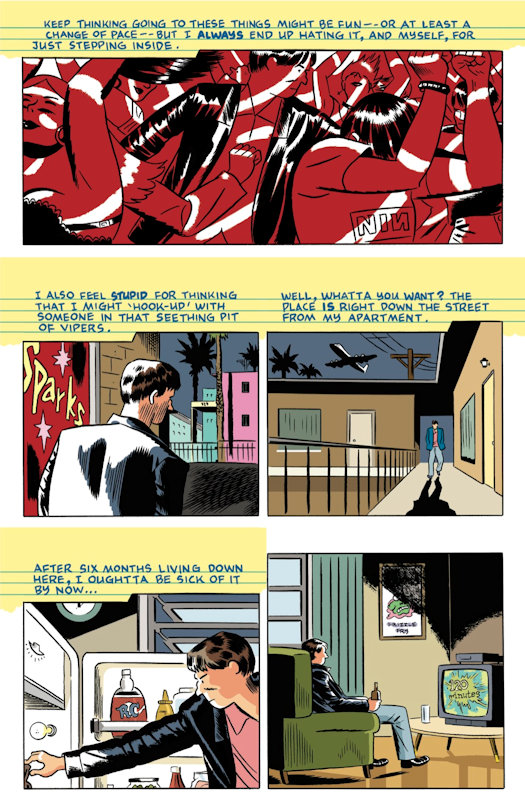 ABOUT IMAGE COMICS
Image Comics is a comic book and graphic novel publisher founded in 1992 by a collective of bestselling artists. Image has since gone on to become one of the largest comics publishers in the United States. Image currently has five partners: Robert Kirkman, Erik Larsen, Todd McFarlane, Marc Silvestri, and Jim Valentino. It consists of five major houses: Todd McFarlane Productions, Top Cow Productions, Shadowline Comics, Skybound Entertainment, and Image Central. Image publishes comics and graphic novels in nearly every genre, sub-genre, and style imaginable. It offers science fiction, fantasy, romance, horror, crime fiction, historical fiction, humor and more by the finest artists and writers working in the medium today. For more information, visit www.imagecomics.com.
Posted by Qwill at 6:10 AM