JOURNEY TO MIDGAR WITH CLOUD IN FINAL FANTASY BRAVE EXVIUS

LOS ANGELES (Dec. 11, 2017) – This past weekend, fans of FINAL FANTASY® BRAVE EXVIUS® gathered at The Wiltern Theater for the grand finale of the FINAL FANTASY BRAVE EXVIUS Fan Festa world tour. During the celebrations, producers Kei Hirono and Hiroki Fujimoto treated attendees to a number of thrilling announcements of upcoming content, including the long-awaited arrival of Cloud as a playable hero. 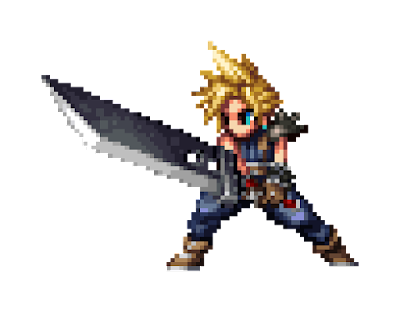 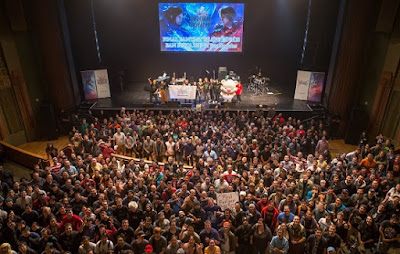 FINAL FANTASY BRAVE EXVIUS is available as a free-to-play app (with in-app purchases) through the App Store, Google Play and on the Amazon App Store.

This title is developed as a collaboration between SQUARE ENIX® and gumi Inc. (developer of the hit title Brave Frontier). The game is available in six languages: English, German, French, Spanish, Chinese (traditional) and Korean.

About gumi Inc.
Founded in 2007, gumi Inc. (Tokyo Stock Exchange: 3903) is a leading global mobile game publisher and developer headquartered in Japan, with overseas operations in China, France, Korea, Singapore, Taiwan and the United States. The company has proven success in launching titles worldwide, such as the widely popular role-playing games Brave Frontier and Phantom of the Kill. With ongoing publishing and development projects on various platforms, including iOS, Android, and more, gumi aims to change the world through innovative entertainment products and services, including both original content and collaborations with popular IP. For more information, please visit http://www.gu3.co.jp/en/home-en/ .