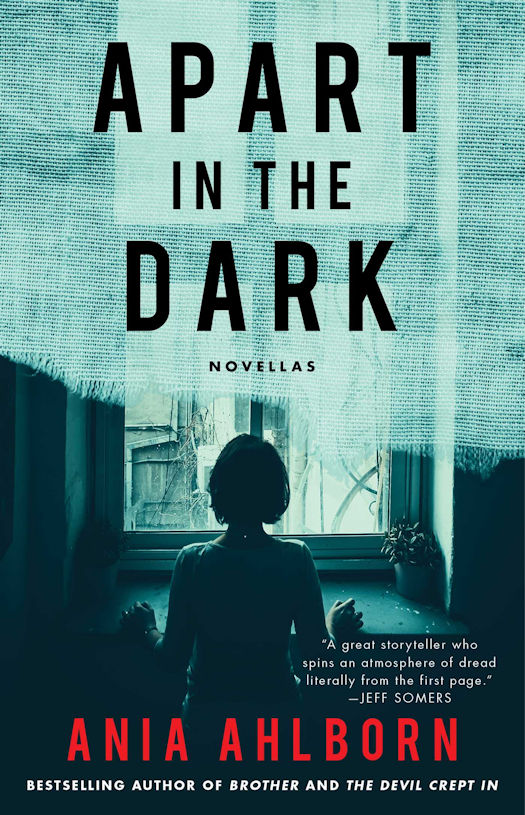 Now available for the first time in a print edition—two terrifying novellas from bestselling author Ania Ahlborn, “a great storyteller who spins an atmosphere of dread literally from the first page” (Jeff Somers).

THE PRETTY ONES
New York, 1977. The sweltering height of the Summer of Sam. The entire city is gripped with fear, but all Nell Sullivan worries about is whether or not she’ll ever make a friend. The self-proclaimed “Plain Jane” does her best to fit in with the girls at work, but Nell’s brother, Barrett, assures her that she’ll never be like them. When Nell manages to finally garner some much-yearned-for attention, the unthinkable happens to her newfound friend. The office pool blames Son of Sam, but Nell knows the awful truth…because doing the devil’s work is easy when there’s already a serial killer on the loose.

I CALL UPON THEE
Maggie Olsen had a pretty ordinary childhood—swimming and sleepovers, movie nights and dad jokes. And then there were the other things…the darker things…the shadow that followed her home from the cemetery and settled into the corners of her home, refusing to let her grow up in peace. Now, after three years away from the place she's convinced she inadvertently haunted, and after yet another family tragedy strikes, Maggie is forced to return to the sweltering heat of a Savannah summer to come to terms with her past. All along, she's been telling herself, it was just in your head, and she nearly convinces herself that she'd imagined it all. But the moment Maggie steps into the foyer of her family home, she knows. The darkness is still here. And it's been waiting for Maggie's return…. 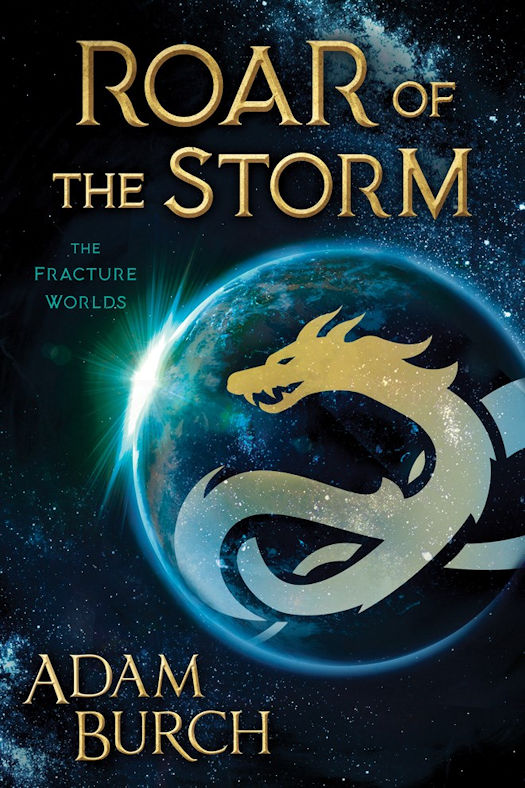 When he rebelled against his father, Edmon Leontes lost everything, but a lot has happened in the twelve years since he left his remote home planet of Tao. He has made a new life for himself as the medic aboard a starship, earning his keep traversing the galaxy with a misfit crew. Edmon thinks he has left his tumultuous past behind him, yet all that changes when his father dies.

Phaestion, the man he once called brother, has inherited Edmon’s birthright. But Phaestion’s ambitions of domination are not limited to Tao, and he is not inclined to let a rival—even one in exile—continue living. Phaestion’s pursuit of power spans the universe, running afoul of powers no one is fit to be meddling with. Edmon will need to confront his past as he and his crew race across worlds to uncover the origins of the Fracture…and save the universe from complete destruction. 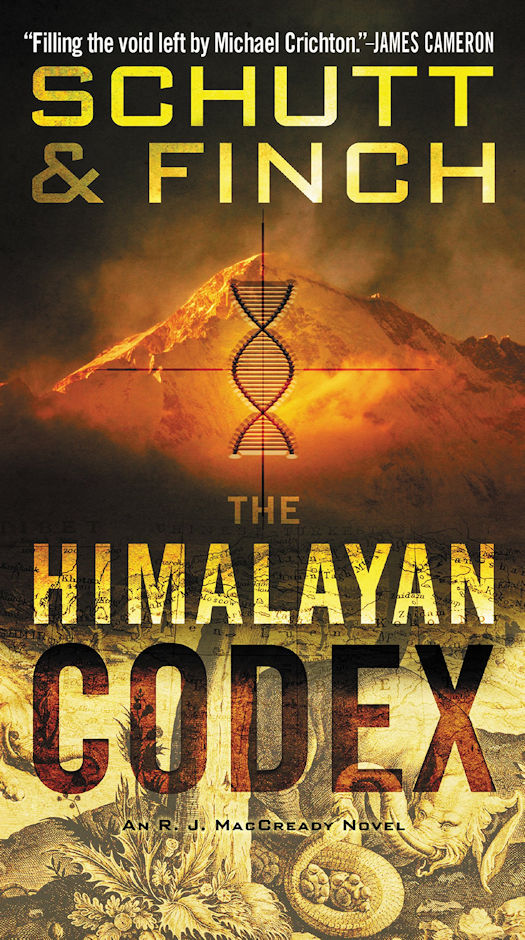 It is 1946, and the world is rebuilding itself from the war’s devastating ashes. R. J. MacCready is headed for the Himalayas to examine some recently discovered mammoth bones—a mission that may help him put the loss of his friend and colleague Bob Thorne behind him.

Arriving in Asia with the bright and fearless Yanni Thorne, his friend’s widow and now his invaluable assistant, Mac learns the bones are only a cover story. He’s actually been sent there to investigate an ancient codex allegedly written by Pliny the Elder, a fascinating text filled with revelatory secrets. The Roman naturalist claimed to have discovered a new race of humans, a divergent species that inspired the myths of the Yeti and is rumored to have the ability to accelerate the process of evolution. If Pliny’s assertions are true, this seemingly supernatural ability holds unlimited potential benefits—and unlimited potential for destruction.

Charged with uncovering more about this miracle species, Mac sets off into the remote mountain valleys of Tibet, known to the locals as the Labyrinth, using the codex as his guide. As he plunges deeper into the unknown, the more certain it appears that Mac and the associates who join his odyssey may not make it out alive. 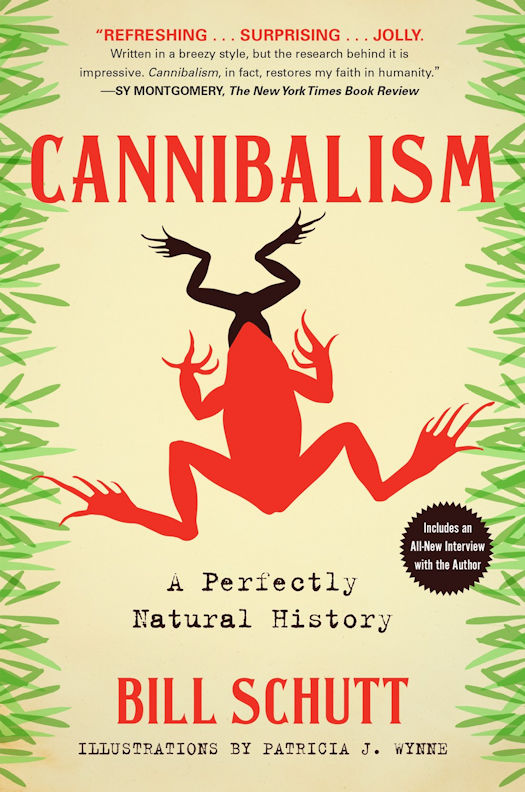 For centuries scientists have written off cannibalism as a bizarre phenomenon with little biological significance. Its presence in nature was dismissed as a desperate response to starvation or other life-threatening circumstances, and few spent time studying it. A taboo subject in our culture, the behavior was portrayed mostly through horror movies or tabloids sensationalizing the crimes of real-life flesh-eaters. But the true nature of cannibalism--the role it plays in evolution as well as human history--is even more intriguing (and more normal) than the misconceptions we’ve come to accept as fact.

In Cannibalism: A Perfectly Natural History,zoologist Bill Schutt sets the record straight, debunking common myths and investigating our new understanding of cannibalism’s role in biology, anthropology, and history in the most fascinating account yet written on this complex topic. Schutt takes readers from Arizona’s Chiricahua Mountains, where he wades through ponds full of tadpoles devouring their siblings, to the Sierra Nevadas, where he joins researchers who are shedding new light on what happened to the Donner Party--the most infamous episode of cannibalism in American history. He even meets with an expert on the preparation and consumption of human placenta (and, yes, it goes well with Chianti).

Bringing together the latest cutting-edge science, Schutt answers questions such as why some amphibians consume their mother’s skin; why certain insects bite the heads off their partners after sex; why, up until the end of the twentieth century, Europeans regularly ate human body parts as medical curatives; and how cannibalism might be linked to the extinction of the Neanderthals. He takes us into the future as well, investigating whether, as climate change causes famine, disease, and overcrowding, we may see more outbreaks of cannibalism in many more species--including our own.

Cannibalism places a perfectly natural occurrence into a vital new context and invites us to explore why it both enthralls and repels us.