The winner of the November 2017 Debut Author Challenge Cover Wars is Paul Takes the Form of A Mortal Girl by Andrea Lawlor from Rescue Press with 47% of the votes. 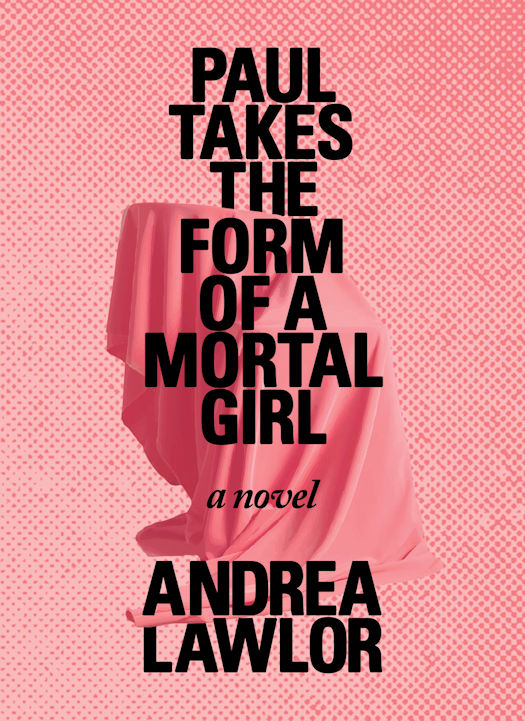 It’s 1993 and Paul Polydoris tends bar at the only gay club in a university town thrumming with politics and partying. He studies queer theory, has a dyke best friend, makes zines, and is a flâneur with a rich dating life. But Paul’s also got a secret: he’s a shapeshifter. Oscillating wildly from Riot Grrrl to leather cub, Women’s Studies major to trade, Paul transforms his body at will in a series of adventures that take him from Iowa City to Boystown to Provincetown and finally to San Francisco—a journey through the deep queer archives of struggle and pleasure.

Andrea Lawlor’s debut novel offers a speculative history of early ’90s identity politics during the heyday of ACT UP and Queer Nation. Paul Takes the Form of a Mortal Girl is a riotous, razor-sharp bildungsroman whose hero/ine wends his way through a world gutted by loss, pulsing with music, and opening into an array of intimacy and connections. 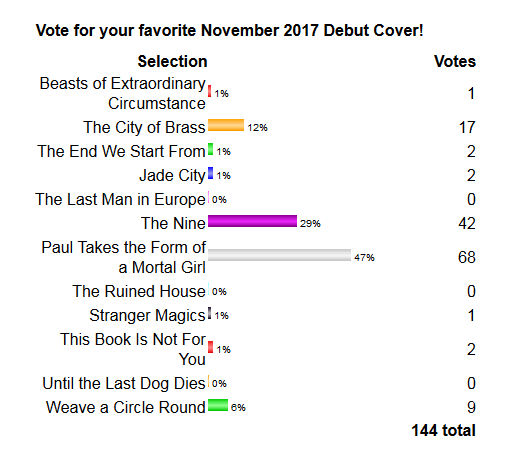 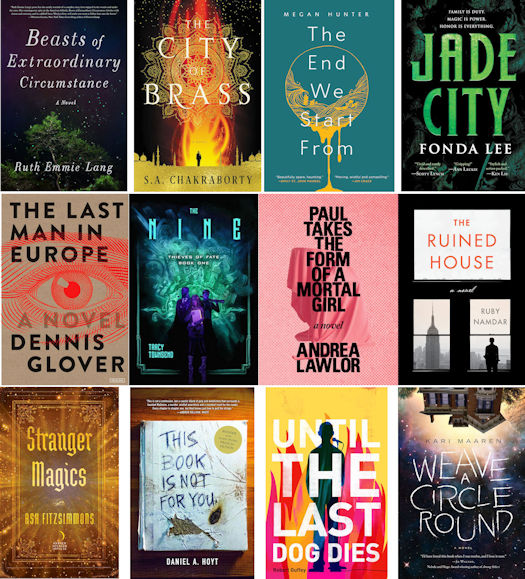