Witchblade Finds a New Host And a New Audience

WITCHBLADE FINDS A NEW HOST
AND A NEW AUDIENCE

PORTLAND, OR, 12/12/2017 — Fans fell in love with Alex Underwood—writer Caitlin Kittredge (THROWAWAYS, Coffin Hill) and artist Roberta Ingranata’s newest WITCHBLADE host—in WITCHBLADE #1's fresh spin on the classic comic series. WITCHBLADE was first co-created by Image Comics co-founder and partner, Marc Silvestri, with Brian Haberlin, Michael Turner, and David Wohl, and launched as an all-new series last week to overwhelming critical acclaim. It will be fast-tracked for a second printing in order to keep up with increasing customer demand.

“Issue #1 has sold out! Wow, thank you to all the fans for supporting this bold new chapter in the Witchblade saga! And thank you Caitlin Kittredge, Roberta Ingranata and Bryan Valenza for your creative vision,” said Silvestri. “It takes a truly talented team to make a book this good!”

A journalist who thinks she’s seen it all… Underwood is a contemporary character with an already storied past—and an unlikely recipient of the ancient and powerful artifact known as the Witchblade—who immediately captured the imaginations of fans.

This new WITCHBLADE #1 drops readers into the action from page one. Gunned down and left for dead on a New York rooftop, Alex Underwood's life should have ended there—but instead, at the moment of death, she became host to the Witchblade, a mystical artifact that grants the woman wielding it extraordinary powers. But the power comes with a heavy cost, and Alex finds herself thrust into the center of an unseen battle raging on the snowy streets of NYC. Demons are real and walking among humans, and every one of them is intent on taking out the Witchblade's newest host before she becomes too strong to kill. But the artifact chose Alex for a reason—and she's not going down without a fight.

Select praise for the new WITCHBLADE:

“I dug the hell out of this first issue and am excited to see where this series goes. I
guess I’m a Witchblade fan now.” —Nerdist

“The work that Kittredge and Ingranata have put into this issue is more than obvious
and may end up being more memorable than the original’s legacy. They have captured
and injected a world of emotion into these pages bringing this property out of the 90s
and into the modern times.” —Comicosity

“Witchblade is back in action but with a modern day Image Comics glow!” —Snap Pow

"There’s enough of the original mythos present that longtime readers can find their way
around, but this new beginning is also accessible enough that brand new readers...this
is exactly what the series needed to move forward.” —ComicCon.com

“Buy! Witchblade #1 is worth a spot in your weekly purchase. It does an excellent job
creating a story that is intriguing and allows readers to ease into the legend of the
Witchblade... the future is bright for the franchise.” —Rogues Portal

“The art of Roberta Ingranata and colorist Bryan Valenza is the highlight of the issue, as
every panel has a sense of urgency to its composition and the splash of bright colors is
restrained until a bloody explosion is shown with a vibrancy for emphasis. It's a very
post-Jessica Jones comic, but the juxtaposition of the trauma-centric themes with the
urban fantasy setting make this a comic with a lot of potential.” —Newsarama

“Ingranata and Valenza’s art is stellar. They’ve set this story in a very realistic New York
City, that’s also the setting of a horror movie. The deep shadows, the strange angles,
all contribute to a story that’s more ghost story than the supernatural superhero of the
previous volume of Witchblade.” —ComicBuzz 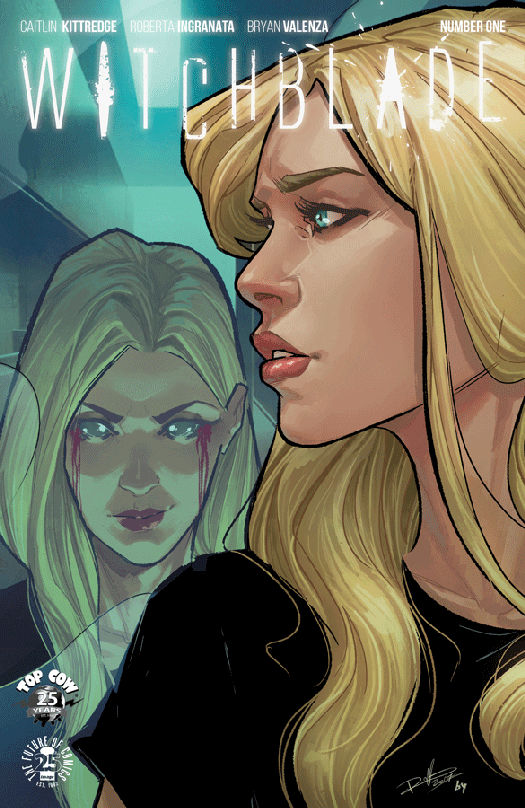 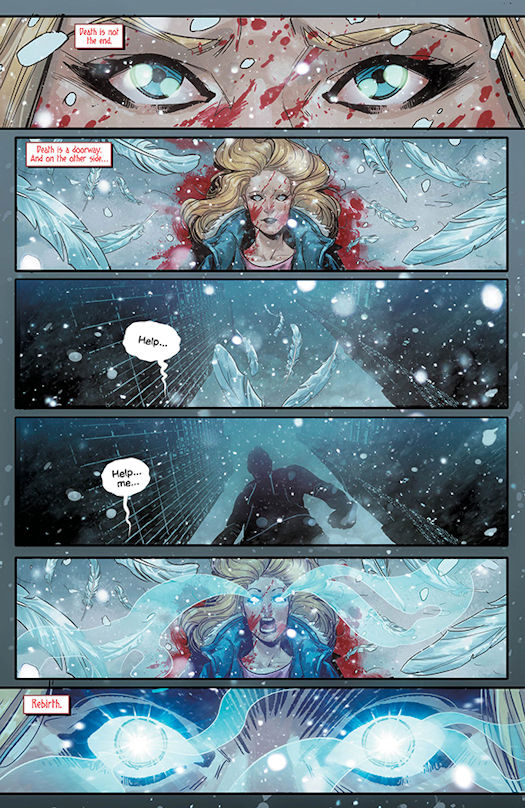 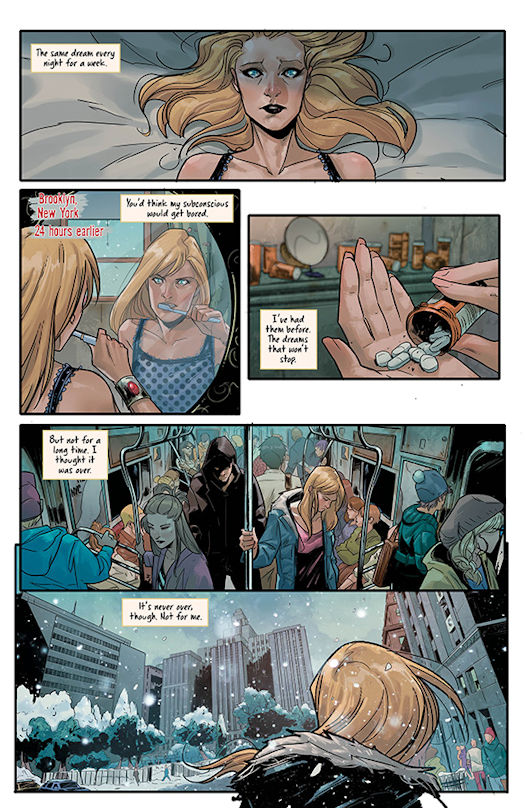 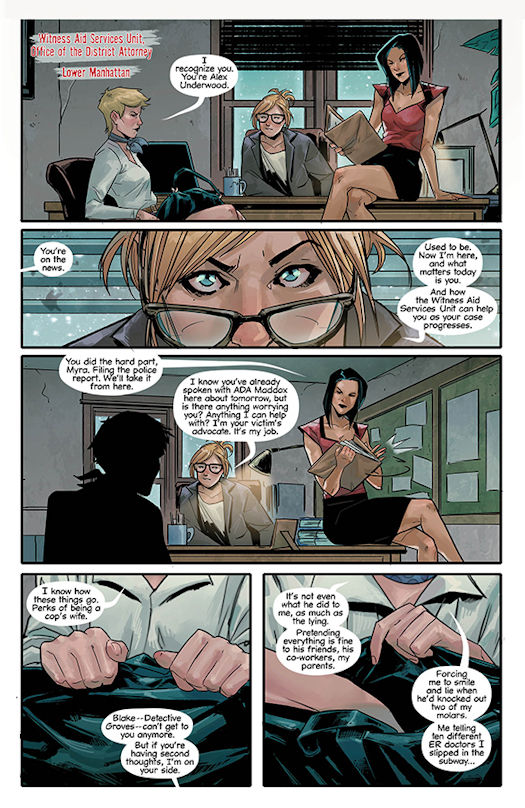 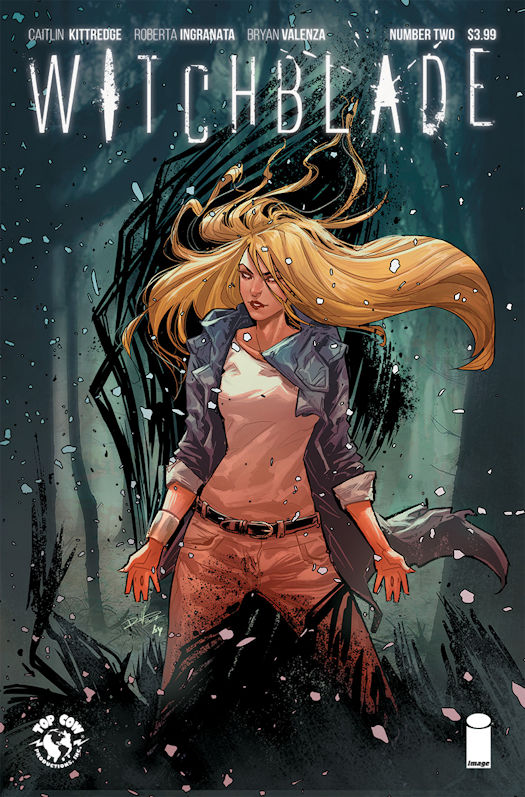