Critically acclaimed writer Donny Cates (GOD COUNTRY, BUZZKILL, ATOMAHAWK) and artist Lisandro Estherren team up for a southern vampire tale in REDNECK, VOL. 1: DEEP IN THE HEART. This trade paperback will collect issues #1-6 of the ongoing series from Image/Skybound Entertainment.

Set deep in the heart of Texas, REDNECK follows The Bowmans, a family of vampires who have quietly run the local barbecue joint in their small town for years, living off cow blood. Their peaceful coexistence ends as generations of hate, fear, and bad blood bubble to the surface—making it impossible to separate man from monster.

It will be available in bookstores on Halloween, Tuesday, October 31st, and can be pre-ordered now on Amazon, Barnes & Noble, IndieBound, and Indigo. 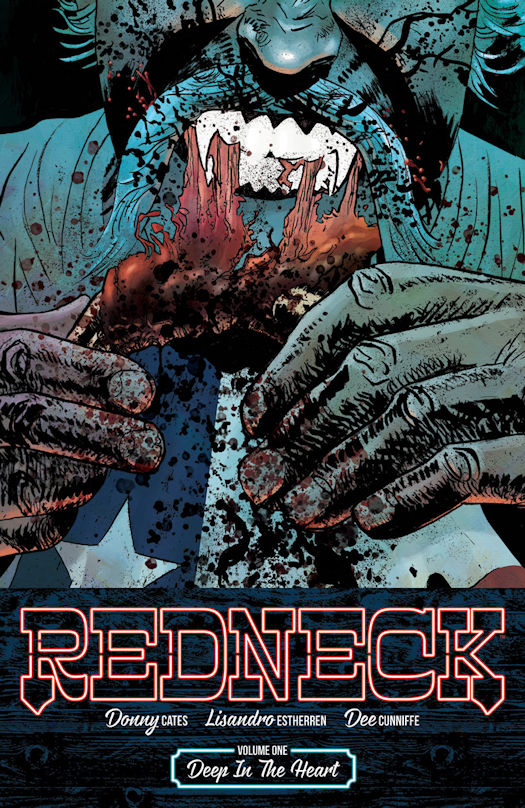