Skottie Young is back with I HATE FAIRYLAND: I HATE IMAGE SPECIAL EDITION, an all-new edition of the Free Comic Book Day spin-off hit which will feature four additional pages of story as Gert slices and dices her way through even more of your Image favorites. It also boasts a behind-the-scenes look at Young’s script, layouts, and black and white artwork—all wrapped in a brand-new cover.

Gertrude has been stuck in Fairyland for decades when she finally hears of a secret passage that may be her way back home. But reaching it is easier said than done, as she crosses the border into Image where she'll have to chop her way through your favorite characters from SAGA, THE WALKING DEAD, SAVAGE DRAGON, SPAWN, DESCENDER, BLACK SCIENCE, SOUTHERN BASTARDS, and many more!

I HATE FAIRYLAND: I HATE IMAGE SPECIAL EDITION (Diamond Code AUG170567) will be available in stores on Wednesday, October 4th. The final order cutoff from retailers is Monday, September 11th. 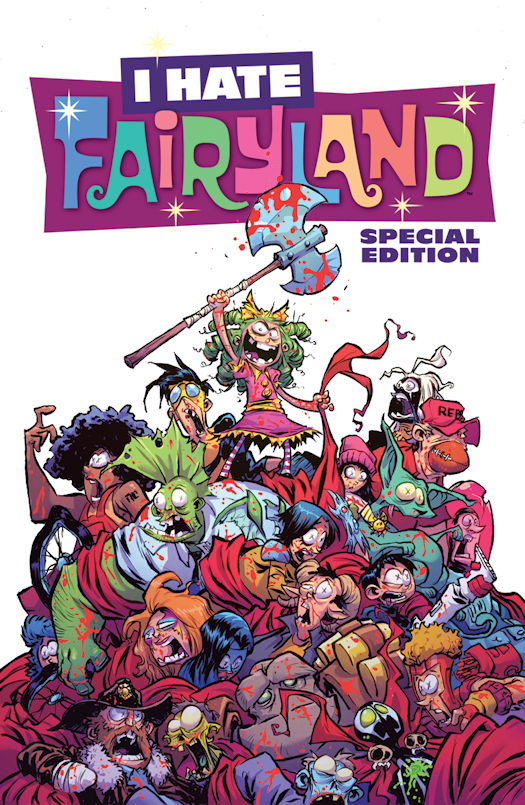