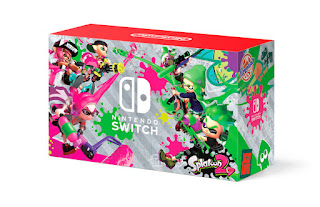 Nintendo Switch Splatoon 2 Edition Bundle Heads Exclusively to Walmart Stores
New Splatfest Topic Announced: Flight vs. Invisibility
REDMOND, Wash., Aug. 17, 2017 – Walmart will be the exclusive retail partner for a new Nintendo Switch bundle that includes a download code for the Splatoon 2 game, a fresh carrying case and colorful new Joy-Con controllers in Neon Pink and Neon Green. The bundle will be available starting Sept. 8 at a suggested retail price of $379.99 and offers fans in North America their first chance to get their hands on that Joy-Con color combination.

“Consumers in Japan and Europe have already had a strong response to Splatoon 2 bundles in their territories,” said Doug Bowser, Nintendo of America’s Senior Vice President of Sales and Marketing. “This exclusive Walmart bundle gives people who have been waiting to buy a Nintendo Switch a great value and incentive to get splatting.”

Nintendo also announced the topic of its next Splatfest competition, which will run Sept. 1-2. Participants will pick a side to fight alongside in online Turf War battles by choosing which superpower they would prefer: flight or invisibility. Additional details about the Splatfest will be announced in the future.

The Splatfest is just one of many new elements in the slate of ongoing content updates and in-game events keeping Splatoon 2 fans engaged, with more and more players jumping into battle every day. There have already been more than 400 million online battles fought across the global player base, and after less than a month on store shelves, Splatoon 2 joins other global million-selling Nintendo Switch hits like The Legend of Zelda: Breath of the Wild, Mario Kart 8 Deluxe, 1-2-Switch and ARMS.

For additional details about Splatoon 2, visit http://splatoon.nintendo.com. Remember that Nintendo Switch features parental controls that let adults manage the content their children can access. For more information about other features, visit http://www.nintendo.com/switch. 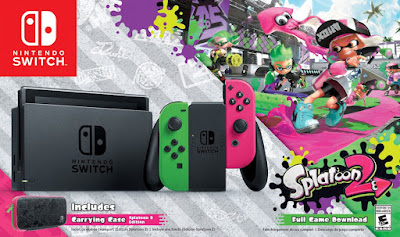 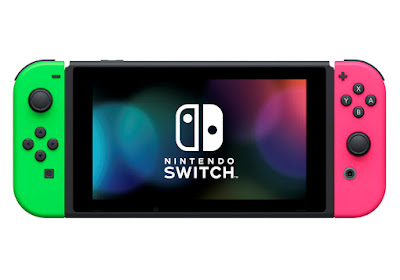 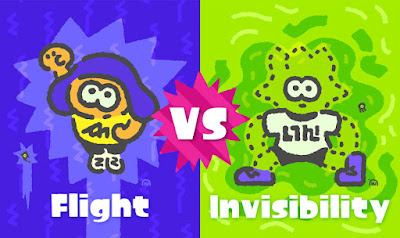