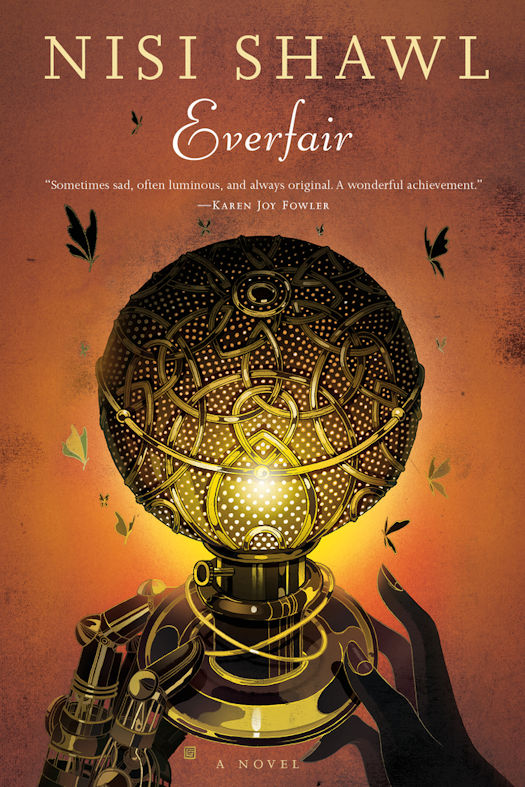 What if the African natives developed steam power ahead of their colonial oppressors? What might have come of Belgium's disastrous colonization of the Congo if the native populations had learned about steam technology a bit earlier?

Fabian Socialists from Great Britain join forces with African-American missionaries to purchase land from the Belgian Congo's "owner," King Leopold II. This land, named Everfair, is set aside as a safe haven, an imaginary Utopia for native populations of the Congo as well as escaped slaves returning from America and other places where African natives were being mistreated.

Shawl's speculative masterpiece manages to turn one of the worst human rights disasters on record into a marvelous and exciting exploration of the possibilities inherent in a turn of history. Everfair is told from a multiplicity of voices: Africans, Europeans, East Asians, and African Americans in complex relationships with one another, in a compelling range of voices that have historically been silenced. Everfair is not only a beautiful book but an educational and inspiring one that will give the reader new insight into an often ignored period of history. 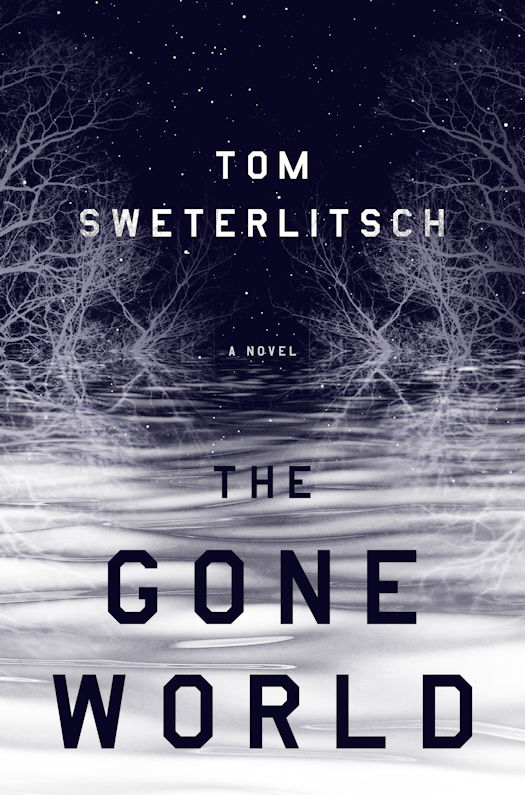 Inception meets True Detective in this science-fiction thriller of spellbinding tension and staggering scope. The Gone World follows a special agent into a savage murder case with grave implications for the fate of mankind.

Shannon Moss is part of a clandestine division within the Naval Criminal Investigative Service. In Western Pennsylvania, 1997, she is assigned to solve the murder of a Navy SEAL’s family–and to locate his teenage daughter, who has disappeared. Though she can’t share the information with conventional law enforcement, Moss discovers that the missing SEAL was an astronaut aboard the spaceship U.S.S. Libra–a ship assumed lost to the darkest currents of Deep Time. Moss knows first-hand the mental trauma of time-travel and believes the SEAL’s experience with the future has triggered this violence.

Determined to find the missing girl and driven by a troubling connection from her own past, Moss travels ahead in time to explore possible versions of the future, seeking evidence or insight that will crack the present-day case. To her horror, the future reveals that it’s not only the fate of a family that hinges on her work, for what she witnesses rising over time’s horizon and hurtling toward the present is the Terminus: the terrifying and cataclysmic end of humanity itself.

Luminous and unsettling, The Gone World bristles with world-shattering ideas yet remains at its heart an intensely human story.

Beyond the Empire
The Indranan War 3
Orbit, November 14, 2017
Trade Paperback and eBook, 416 pages 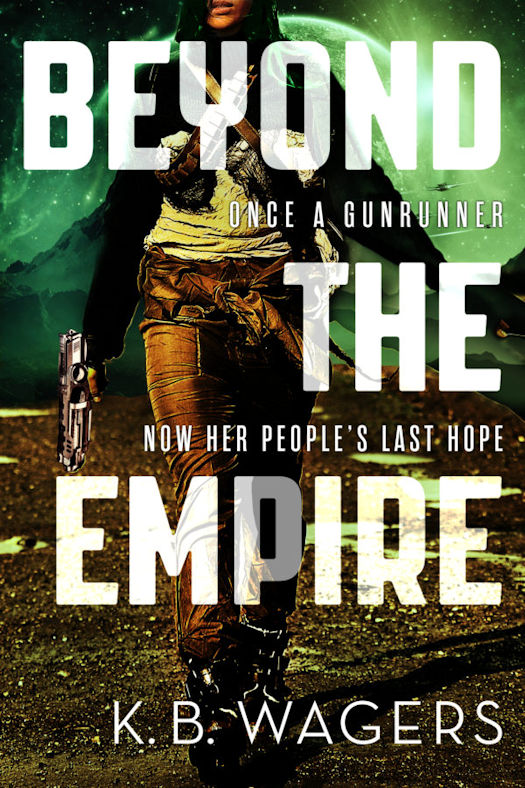 The adrenaline-fueled, explosive conclusion to the Indranan War trilogy by K. B. Wagers.

Gunrunner-turned-Empress Hail Bristol was dragged back to her home planet to take her rightful place in the palace. Her sisters and parents have been murdered, and the Indranan Empire is reeling from both treasonous plots and foreign invasion.

Now, on the run from enemies on all fronts, Hail prepares to fight a full-scale war for her throne and her people, even as she struggles with the immense weight of the legacy thrust upon her. With the aid of a motley crew of allies old and new, she must return home to face off with the same powerful enemies who killed her family and aim to destroy everything and everyone she loves. Untangling a legacy of lies and restoring peace to Indrana will require an empress's wrath and a gunrunner's justice.