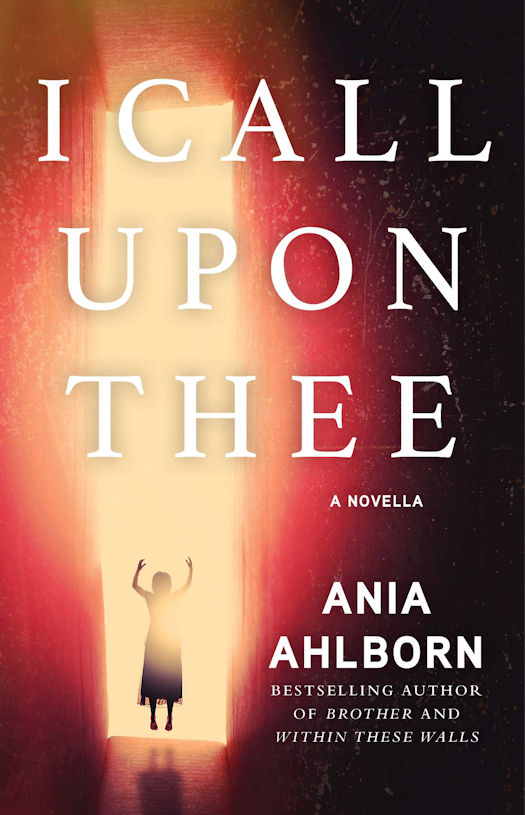 A terrifying e-novella from the bestselling author of The Devil Crept In, Brother, and Within These Walls.

Maggie Olsen had a pretty ordinary childhood—swimming and sleepovers, movie nights and dad jokes. And then there were the other things…the darker things…the shadow that followed her home from the cemetery and settled into the corners of her home, refusing to let her grow up in peace.

Now, after three years away from the place she's convinced she inadvertently haunted, and after yet another family tragedy strikes, Maggie is forced to return to the sweltering heat of a Savannah summer to come to terms with her past. All along, she's been telling herself, it was just in your head, and she nearly convinces herself that she'd imagined it all. But the moment Maggie steps into the foyer of her family home, she knows. The darkness is still here. And it's been waiting for Maggie's return…. 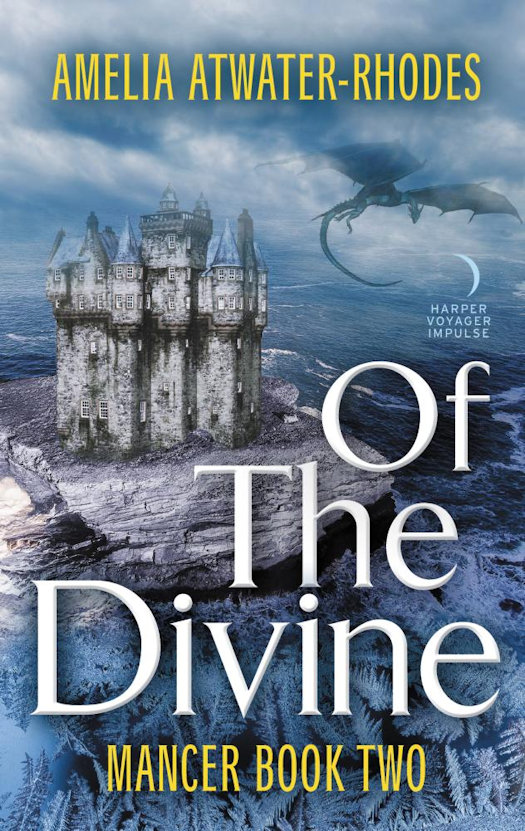 The second novel in Amelia Atwater-Rhodes's dazzling Mancer trilogy, Of the Divine takes place seventy-one years before the events of Of the Abyss, in a world where sorcery is still practiced freely—but at what cost?

Henna’s runes tell her that the future of Kavet is balanced on the edge of the knife. One of the most powerful sorcerers in the Order of Napthol, she is well-respected for her second sight. But the fragments she sees this time—blood, darkness, destruction—leave her unsure how to set the country and her lover, Verte, prince of Kavet, on the correct course.

Meanwhile, the treaties between Kavet and the dragon-like race known as the Osei have become intolerable. The time has come for the royal house to wield their unique magic to challenge Osei dominion, with Prince Verte serving as the nexus for the powerful but dangerous spell, and Naples, an untested young sorcerer from the Order of Napthol, a volatile but critical support to its creation.

Amid these plans, Dahlia Indathrone’s arrival in the city shouldn’t matter. She has no magic and no royal lineage, and yet, Henna immediately knows the young woman is important. She just can’t see why. And no vision could prepare her for the role Dahlia will come to play.

In Of the Divine, the lives of Henna, Verte, Naples, and Dahlia become irrevocably linked, setting them, and all Kavet, on a perilous path. As they struggle to survive, they learn that they are but pawns in a larger game, one played by the forces of the Abyss and of the Numen—the infernal and the divine. A game no mortal can ever hope to win. 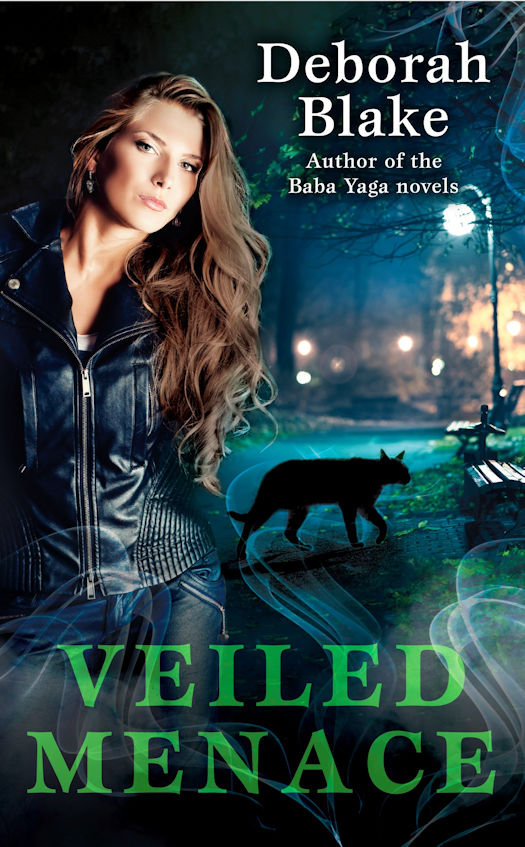 Since Witches came out of the broom closet in the early twenty-first century, they have worked alongside humans as police officers, healers, stock traders, and more. But they aren’t the only paranormal entities in our world…

Witch and police officer Donata Santori is no stranger to magical mayhem, but lately her life has been unexpectedly charmed. Her job as a Ghost Yanker now includes the occasional paranormal investigation, and she’s advancing her magical abilities with the help of an ancestor’s treasured spell book. And while both of her former love interests—reclusive half-Dragon art forger Peter Casaventi and disgraced Shapechanger Magnus Torvald—are nowhere to be found, she’s not averse to being wined and dined by wealthy businessman Anton Eastman.

But Eastman isn’t what he seems, and what he wants from Donata is far more than she’s willing to give. When a mysterious relic, the Pentacle Pentimento, resurfaces, along with Peter’s Dragon father and a shocking Santori family secret, Donata must fight to save herself, her friends, and just maybe the fate of the world from a magic as old as it is dangerous…

Includes an exclusive preview of the next Broken Rider novel, Dangerously Divine Jazz, the powerfully magical teen first introduced in Wickedly Powerful, is now being trained as a Baba Yaga—and she’s determined to free the Broken Riders herself.

Jazz had a rough life before meeting her guardian, and she knows she’s lucky that Bella is training her to be a Baba Yaga. But the gifted young witch is frustrated by the slow pace of her lessons. Jazz knows she’s capable of even greater magic, and she wants nothing more than to find a spell that will give the Riders back the immortality they lost.

With the reluctant assistance of Bella’s dragon-turned-cat Koshka, Jazz travels to the Otherworld to get the necessary ingredients to perform the spell. A willful young witch, dangerous magic, and one powerful wish—what could possibly go wrong? 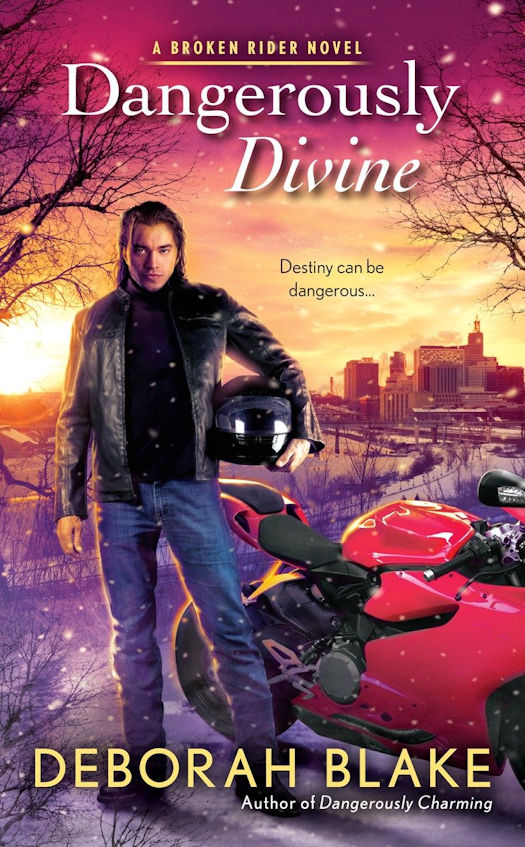 The Riders: Three immortal brothers who kept the Baba Yagas safe, now stripped of their summons to protect. But fate is not finished with them—and their new callings are even more powerful…

Though his physical wounds have healed, Gregori Sun, the eldest of the Riders, remains in spiritual turmoil. His search for his mother, the one person able to heal his soul and save his life, is failing—until he crosses paths with a beautiful and fascinating librarian who might be the key to his salvation…

Ciera Evans’s bookish ways are just a guise. The product of a difficult past, she has dedicated her life to saving lost teens—by any means necessary. She works alone, but when a dark, brooding stranger proposes they team up to solve both their problems, she is tempted—in more ways than one…

After Ciera and Sun’s plans are derailed by dangerous enemies, they find themselves entangled in an ungodly affair—one that will force them to either find new strength together or be forever haunted by their pasts alone.