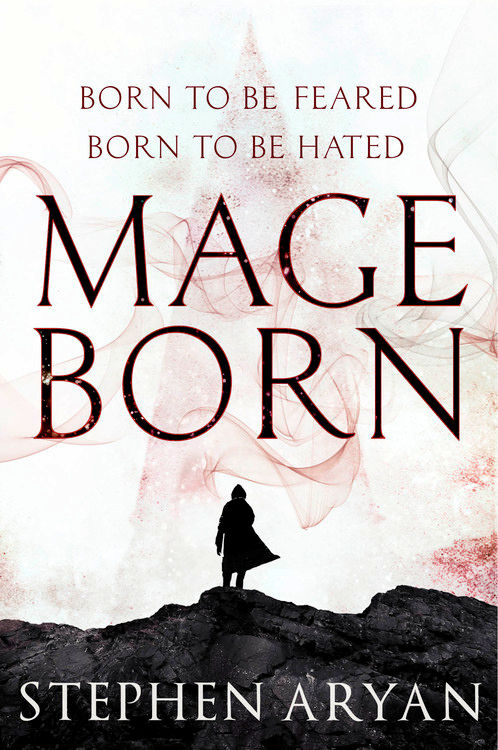 Fear of magic is intensifying across the west. Morgan, a former Guardian of the Peace, believes the eradication of magic will lead to stability and lasting world peace. He will do anything to achieve his goal, even if it means murdering every child born with magical ability.

The Red Tower is their last hope. Sheltered from a world that fears them, the students there are taught to control their wild and powerful gifts. But unrest is stirring both outside the walls of the Red Tower and within. 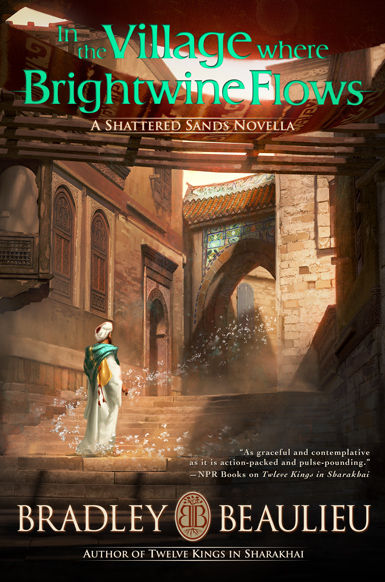 Street urchins have been turning up missing in the great desert city of Sharakhai. Few care until the son of one of the city’s richest patrons goes missing as well.

The apothecary named Dardzada wants nothing to do with it, but his shrewd mind and skills as an apothecary make him indispensable to his cruel half-brother Layth, the captain of the guard tasked with solving the mystery.

When Layth insists he look deeper into the kidnappings, Dardzada is drawn into a struggle much larger than he ever anticipated, and he soon realizes it will take all his wits to save the victims and himself. 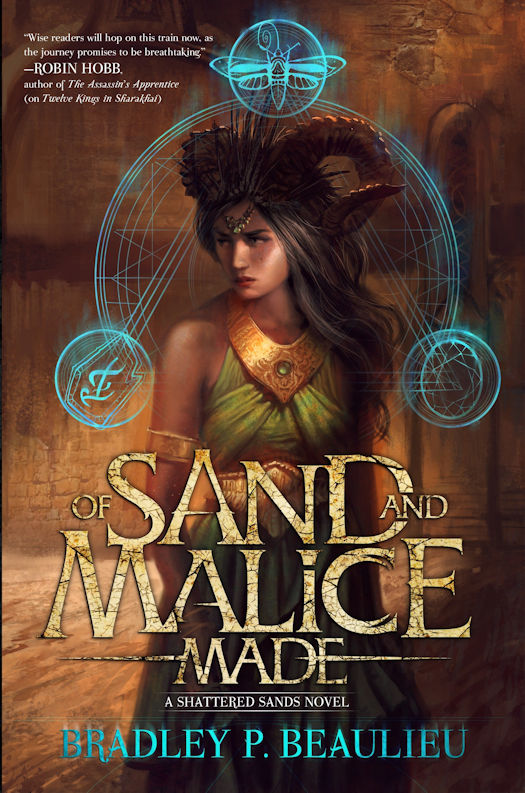 Çeda is the youngest pit fighter in the history of Sharakhai. She’s made her name in the arena as the fearsome White Wolf. None but her closest friends and allies know her true identity. But this all changes when she crosses the path of Rümayesh, an ehrekh, a sadistic creature forged aeons ago by the god of chaos.

The ehrekh are desert dwellers, but for centuries Rümayesh has lurked in the dark corners of Sharakhai, combing the populace for human “jewels” that might interest her. Some she chooses to stand by her side, until she tires of them and discards them. Others she abducts to examine more closely, leaving them ruined, worn-out husks.

Çeda flees the ehrekh’s attentions, but that only makes Rümayesh covet her more. Rümayesh grows violent, threatening to unmask Çeda as the White Wolf—but the danger grows infinitely worse when she turns her attention to Çeda’s friends.

As Çeda fights to protect the people dearest to her, Rümayesh comes closer to attaining her prize, and the struggle becomes a battle for Çeda’s very soul. 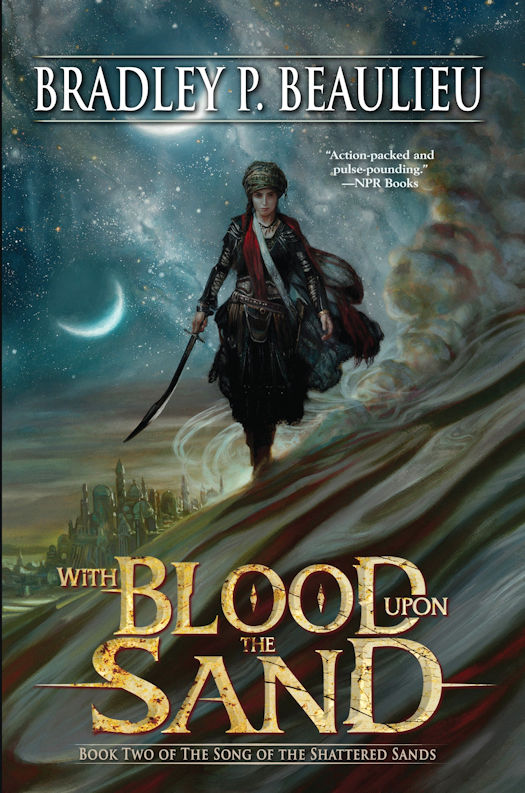 The second book in The Song of Shattered Sands series–an epic fantasy with a desert setting, filled with rich worldbuilding and pulse-pounding action.

Çeda, now a Blade Maiden in service to the kings of Sharakhai, trains as one of their elite warriors, gleaning secrets even as they send her on covert missions to further their rule. She knows the dark history of the asirim—that hundreds of years ago they were enslaved to the kings against their will—but when she bonds with them as a Maiden, chaining them to her, she feels their pain as if her own. They hunger for release, they demand it, but with the power of the gods compelling them, they find their chains unbreakable.

Çeda could become the champion they’ve been waiting for, but the need to tread carefully has never been greater. After their recent defeat at the hands of the rebel Moonless Host, the kings are hungry for blood, scouring the city in their ruthless quest for revenge. Çeda’s friend Emre and his new allies in the Moonless Host hope to take advantage of the unrest in Sharakhai, despite the danger of opposing the kings and their god-given powers, and the Maidens and their deadly ebon blades.

When Çeda and Emre are drawn into a plot of the blood mage Hamzakiir, they learn a devastating secret that may very well shatter the power of the hated kings. But it may all be undone if Çeda cannot learn to navigate the shifting tides of power in Sharakhai and control the growing anger of the asirim that threatens to overwhelm her… 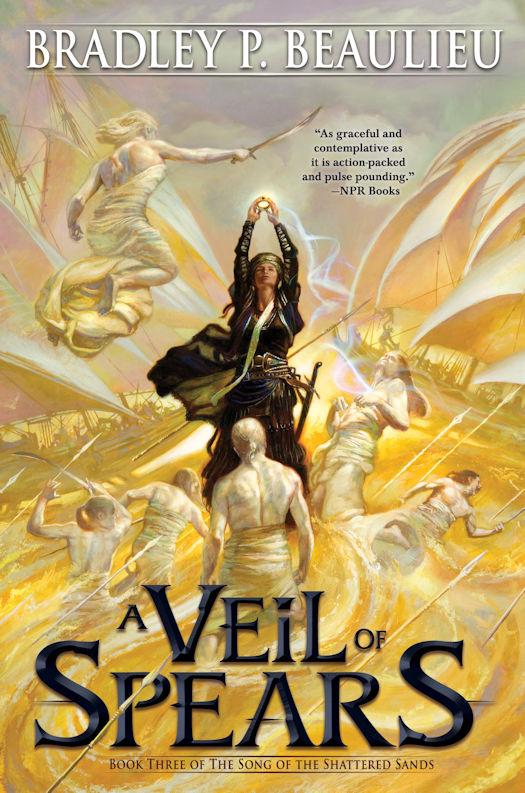 The third book in The Song of Shattered Sands series–an epic fantasy with a desert setting, filled with rich worldbuilding and pulse-pounding action.

Since the Night of Endless Swords, a bloody battle the Kings of Sharakhai narrowly won, the kings have been hounding the rebels known as the Moonless Host. Many have been forced to flee the city, including Çeda, who discovers that the King of Sloth is raising his army to challenge the other kings’ rule.

When Çeda finds the remaining members of the Moonless Host, now known as the thirteenth tribe, she sees a tenuous existence. Çeda hatches a plan to return to Sharakhai and free the asirim, the kings’ powerful, immortal slaves. The kings, however, have sent their greatest tactician, the King of Swords, to bring Çeda to justice for her crimes.

But the once-unified front of the kings is crumbling. The surviving kings vie quietly against one another, maneuvering for control over Sharakhai. Çeda hopes to use that to her advantage, but whom to trust? Any of them might betray her.

As Çeda works to lift the shackles from the asirim and save the thirteenth tribe, the kings of Sharakhai, the scheming queen of Qaimir, the ruthless blood mage, Hamzakiir, and King of Swords all prepare for a grand clash that may decide the fate of all.

Also in this series:

The Song of the Shattered Sands: Book One

Sharakhai, the great city of the desert, center of commerce and culture, has been ruled from time immemorial by twelve kings — cruel, ruthless, powerful, and immortal. With their army of Silver Spears, their elite company of Blade Maidens and their holy defenders, the terrifying asirim, the Kings uphold their positions as undisputed, invincible lords of the desert. There is no hope of freedom for any under their rule. 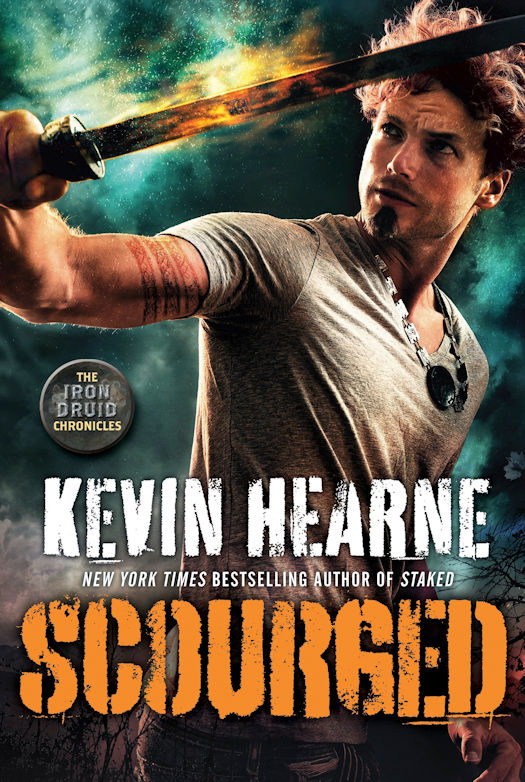 Two-thousand-year-old Druid Atticus O’Sullivan travels to Asgard and faces off against the Norse gods to try and prevent Ragnarok in the final battle for the fate of mankind.