WHAT THE WORLD NEEDS NOW IS TWISTED ROMANCE
An all-new month-long anthology miniseries event, coming this February
PORTLAND, OR, 11/20/2017 — Critically acclaimed writer Alex de Campi (MAYDAY, NO MERCY) teams up with some of comics’ hottest artists for TWISTED ROMANCE, a four-issue weekly anthology miniseries with tales of love—love gone right, wrong, and everything in between.

“This project is a dream for me,” said de Campi. “I'm getting to collaborate with some of comics' coolest creators and some amazing prose fiction voices. Everything everyone is doing looks so amazing. I'm just giddy that Image basically handed us the reins and said, ‘do whatever you want. This looks cool.’ So, yeah: come February, we're going to break your heart, fill you with joy, and give you awkward pants feels. Sometimes in same story. Occasionally, even on the same page.”

Each issue of this month-long romance event will feature 48 pages of content: a main comic story, a backup comic story, and a backup prose story. Within the pages of TWISTED ROMANCE, you can expect to find a wide variety of themes, including the commoditization of breakups, the love of a shy girl and a wildly famous guy, forbidden love on an intergalactic dreadnought, and the deceptive lure of childhood as seen by a princess who’s afraid to grow up. Exclusive sneak-peeks can be found throughout December and January at participating sites; see below for details.

“I'm thrilled to be working with Alex,” said Skelly. “I think our comic will show off our love of '70s film—and the darkest reaches of our brains. It's going to be such a standout on the comics stand. I think the right people will find it and really appreciate it.”

“I am psyched to work on something bold and heartfelt, a story that knows where it's going from the outset, that may end up somewhere surprising, but that surprise will be perfect,” added McNeil. “That's the best thing, always.”

“Being the comics baby of the bunch, I'm really excited for people to see the fun world we're creating,” said Gutiérrez. “Honey, get into this boots-the-house-down realness for your nerves!”

“Alex is an incredibly versatile writer!” said Trungles. “I love stories that explore the nature of love and agency, and I'm really stoked to work on this one.” 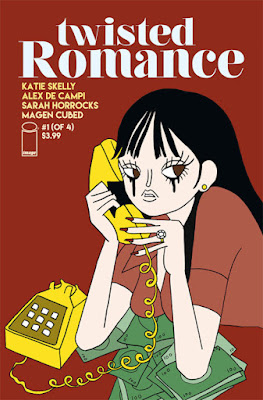 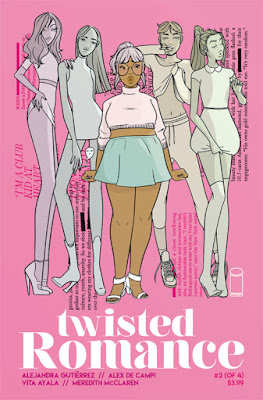 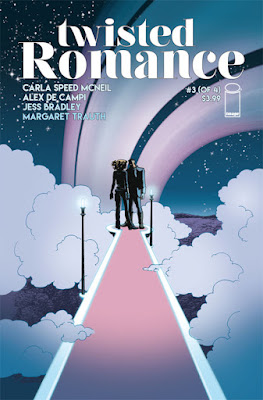 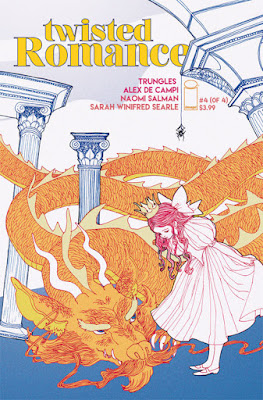 ABOUT IMAGE COMICS
Image Comics is a comic book and graphic novel publisher founded in 1992 by a collective of bestselling artists. Image has since gone on to become one of the largest comics publishers in the United States. Image currently has five partners: Robert Kirkman, Erik Larsen, Todd McFarlane, Marc Silvestri and Jim Valentino. It consists of five major houses: Todd McFarlane Productions, Top Cow Productions, Shadowline Comics, Skybound Entertainment, and Image Central. Image publishes comics and graphic novels in nearly every genre, sub-genre, and style imaginable. It offers science fiction, fantasy, romance, horror, crime fiction, historical fiction, humor and more by the finest artists and writers working in the medium today. For more information, visit www.imagecomics.com.
Posted by Qwill at 7:47 AM