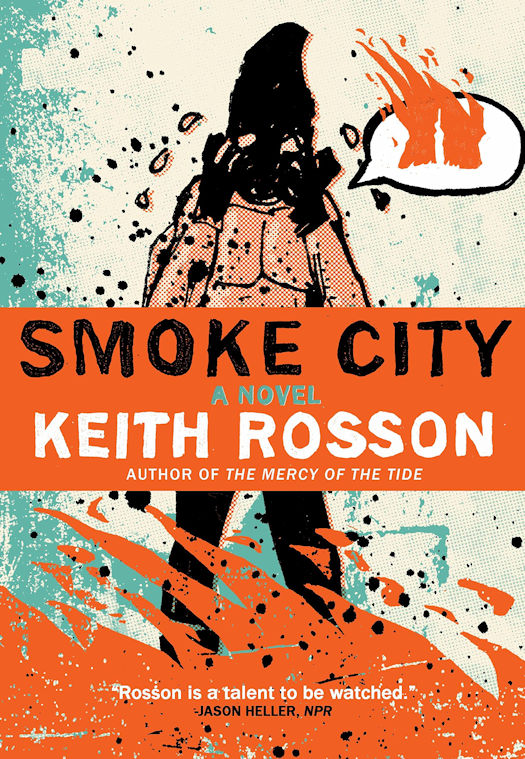 Marvin Deitz has some serious problems. His mob-connected landlord is strong-arming him out of his storefront. His therapist has concerns about his stability. He's compelled to volunteer at the local Children's Hospital even though it breaks his heart every week.

Oh, and he's also the guilt-ridden reincarnation of Geoffroy Thérage, the French executioner who lit Joan of Arc's pyre in 1431. He's just seen a woman on a Los Angeles talk show claiming to be Joan, and absolution seems closer than it's ever been . . . but how will he find her?

When Marvin heads to Los Angeles to locate the woman who may or may not be Joan, he's picked up hitchhiking by Mike Vale, a self-destructive alcoholic painter traveling to his ex-wife's funeral. As they move through a California landscape populated with "smokes" (ghostly apparitions that've inexplicably begun appearing throughout the southwestern US), each seeks absolution in his own way. 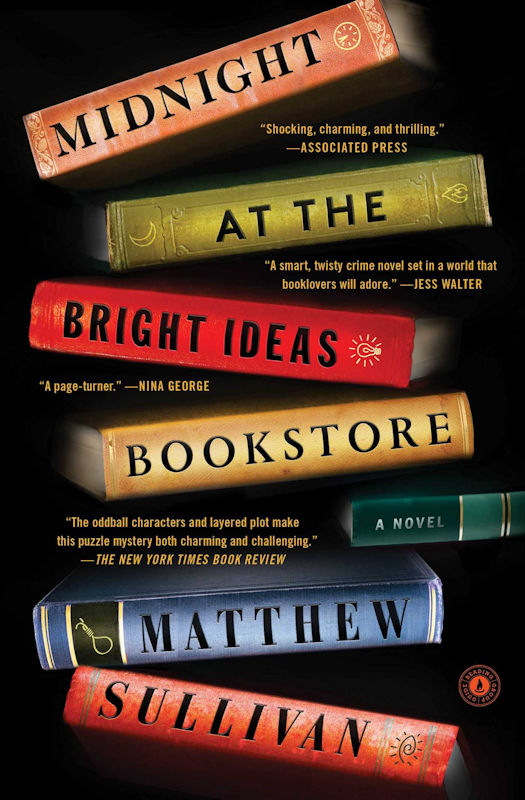 When a bookshop patron commits suicide, his favorite store clerk must unravel the puzzle he left behind in this “intriguingly dark, twisty” (Kirkus Reviews) debut novel from an award-winning short story writer.

Lydia Smith lives her life hiding in plain sight. A clerk at the Bright Ideas bookstore, she keeps a meticulously crafted existence among her beloved books, eccentric colleagues, and the BookFrogs—the lost and lonely regulars who spend every day marauding the store’s overwhelmed shelves.

But when Joey Molina, a young, beguiling BookFrog, kills himself in the bookstore’s upper room, Lydia’s life comes unglued. Always Joey’s favorite bookseller, Lydia has been bequeathed his meager worldly possessions. Trinkets and books; the detritus of a lonely, uncared for man. But when Lydia flips through his books she finds them defaced in ways both disturbing and inexplicable. They reveal the psyche of a young man on the verge of an emotional reckoning. And they seem to contain a hidden message. What did Joey know? And what does it have to do with Lydia?

As Lydia untangles the mystery of Joey’s suicide, she unearths a long buried memory from her own violent childhood. Details from that one bloody night begin to circle back. Her distant father returns to the fold, along with an obsessive local cop, and the Hammerman, a murderer who came into Lydia’s life long ago and, as she soon discovers, never completely left. “Both charming and challenging” (Marilyn Stasio, The New York Times Book Review), Midnight at the Bright Ideas Bookstore is a “multi-generational tale of abandonment, desperation, and betrayal…inventive and intricately plotted” (Publishers Weekly, starred review). 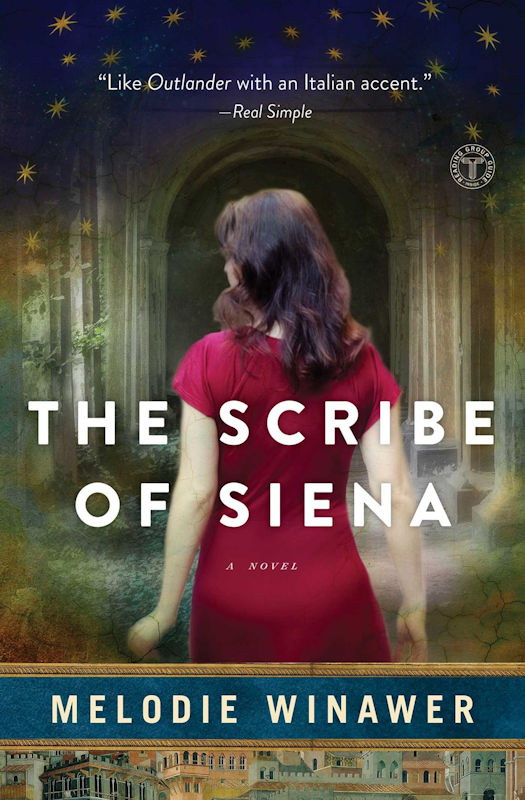 “Readers of Diana Gabaldon’s Outlander and Tracy Chevalier’s Girl with a Pearl Earring…will be swept away by the spell of medieval Siena” (Library Journal, starred review) in this transporting love story and gripping historical mystery.

Accomplished neurosurgeon Beatrice Trovato knows that her deep empathy for her patients is starting to impede her work. So when her beloved brother passes away, she welcomes the unexpected trip to the Tuscan city of Siena to resolve his estate, even as she wrestles with grief. But as she delves deeper into her brother’s affairs, she discovers intrigue she never imagined—a 700-year-old conspiracy to decimate the city.

As Beatrice explores the evidence further, she uncovers the journal and paintings of the fourteenth-century artist Gabriele Accorsi. But when she finds a startling image of her own face, she is suddenly transported to the year 1347. She awakens in a Siena unfamiliar to her, one that will soon be hit by the Plague.

Yet when Beatrice meets Accorsi, something unexpected happens: she falls in love—not only with Gabriele, but also with the beauty and cadence of medieval life. As the Plague and the ruthless hands behind its trajectory threaten not only her survival but also Siena’s very existence, Beatrice must decide in which century she belongs.

The Scribe of Siena is the captivating story of a brilliant woman’s passionate affair with a time and a place that captures her in an impossibly romantic and dangerous trap—testing the strength of fate and the bonds of love.