Soulbound is the final instalment of Bec McMaster's Dark Arts series. At the end of Hexbound everything the good guys were fighting for seems lost and London is only days away from being destroyed. Sebastian has never had anyone stick up for him before and when his father sacrifices his own very soul to a demon to save him Sebastian doesn't know how to react. He is drawn to his beautiful wife but doesn't want to hurt her. He doesn't know how to survive in a world where others want to fight to save him but he needs to find the strength to fight for everything that he has grown to care about.

Meanwhile Cleo yearns to save Sebastian but doesn't know how to reach him. She has had a terrible vision of the destruction of London and she knows that she is pivotal to the event and needs Sebastian's help along with their new friends to save them both. The race is on to save their love, their friends and themselves.

I think this series improved with each book. That isn't uncommon but in this case there was less sex and more action with each book which I appreciated. Cleo was quite sugary sweet but this was balanced out by the much darker Sebastian and his half brothers. McMaster included a few of the lead characters from previous books to work alongside Cleo and Sebastian which made them more interested and well-rounded than they would have been had the story focused only on these two. Overall, I liked this series and appreciated that McMaster didn't drag the story out over a longer series, which I think would have made it too mundane. If you are like steampunky fantasy and don't want to invest years reading to find out who wins then this is the perfect series for you.

The second trilogy that I finished was the Memory Collector series by Jamie McLachlin with Rise of the Phoenix. The author wraps up the story of Moira, the empath and her forbidden love the police detective Keenan. In this instalment Moira has to come to terms with her role in the deaths of prominent Elite members. At the end of book 2 she discovers who the Phoenix really is and now he wants her to continue his mission to free all empaths, despite the cost. Moira is torn. She has always been a slave and desperate to be free but the price for freedom may be too much.

I really liked this series. I think that Moira is a truly conflicted character and this conflict is even more prevalent in this instalment. Moira learns the true extent of what happened to her when her memories are returned. She was a slave in more ways than her body. The Phoenix takes almost everything away from her and I couldn't even guess how she was going to save herself and the newly found love for Keenan. McLachlan also delivers a HUGE twist towards the end of the book which I did not see coming. There is quite a bit more sex in this instalment than I would have preferred but it was still a great ending to a great series.


That is it for me this week. I am going to find another series to love. Any and all suggestions are welcome. Until next week. Happy Reading. 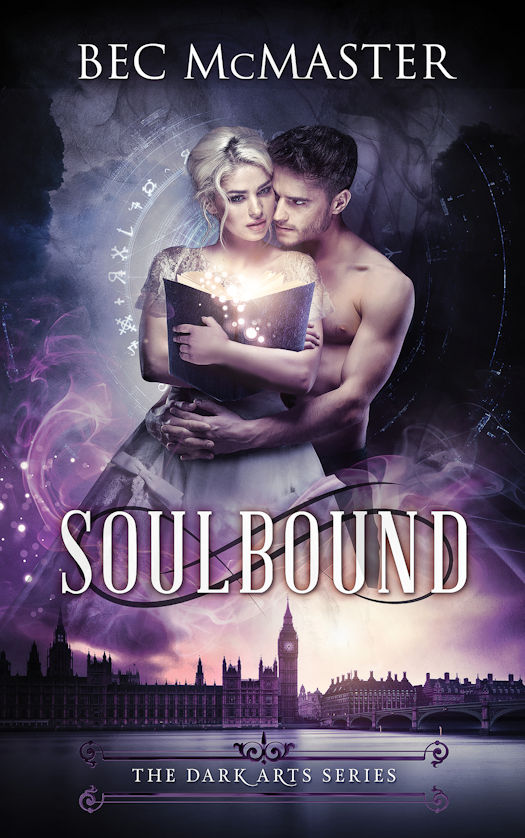 A dark force is rising in London...

Sebastian Montcalm knows freedom for the first time in his life, but it has come at the cost of his father's soul. If he can learn to harness his uncontrollable sorcery then he might be able to save his father from a demon's grip, but every move he makes leads to failure. The only thing that gives him hope is the innocent touch of Cleo Sinclair, the woman he was forced to marry. But will his darkness drown out her light?

He could be her destruction…

Cleo knew her father only ever loved her for the power of her visions, but when he bartered her away in marriage to a man she'd never met, she realized how little value she truly had. Her husband, Sebastian, was nothing more than a dark warmth in her bed, a stranger who refused to touch her. But together, the two tortured souls found friendship. And now, when he needs her the most, he won't even look at her.

When Cleo receives a powerful vision of a darkness that threatens London, she knows she is the key to defeating it. Only by working together can she and Sebastian prevail. But is Sebastian the one who can end this prophetic doom, or the one bound to begin it? 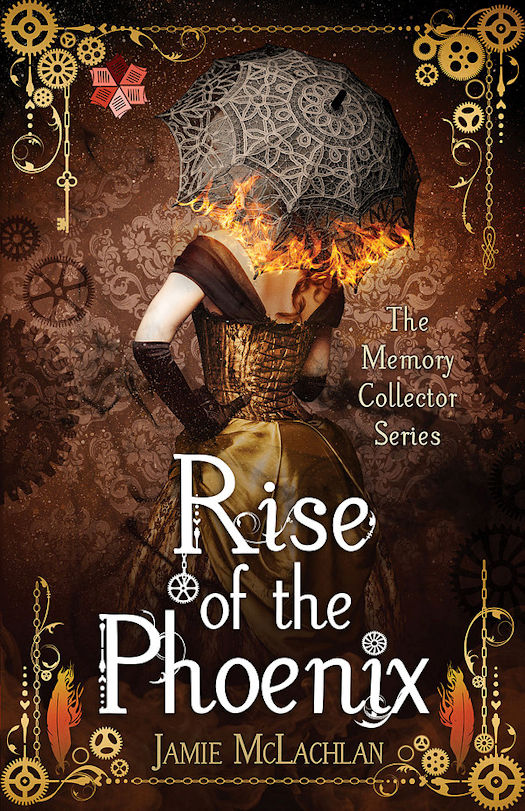 Moira has dreamed of freedom ever since she became a concubine at the Pleasure House. With the Phoenix locked in prison, she's finally as free as a slave to the Elite could ever be.

But the Phoenix, a serial killer intent on freeing empaths, is not who she thought, and this time he wants her to use her powers of persuasion to help him. Moira must decide what's worth more: freedom, survival, or the destruction of her enemies. Her growing relationship with Detective Keenan Edwards threatens all three, even if he offers her something she never dreamed of—love.

When she's imprisoned for an Elite member's death, she finds herself back where it all began: facing her execution. In her darkest moment, she'll have to dive into the deepest parts of her mind to defeat the Phoenix once and for all. But the past won't stay hidden for long, and it demands a price.

Her freedom. Her life. And the only man she's ever loved.