Note: eBook links will be added when available.

I Only Killed Him Once
Ray Electromatic Mystery 3
Tor Books, July 10, 2018
Hardcover and eBook, 256 pages 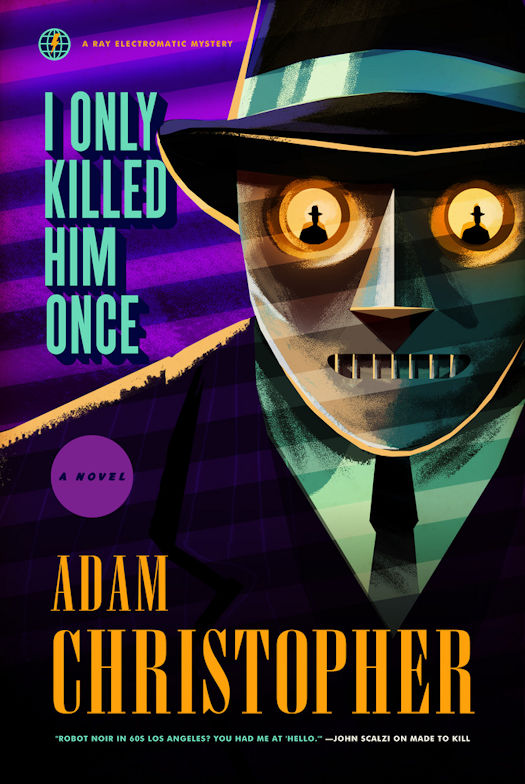 Another Hollywood night, another job for electric-detective-turned-robotic-hitman Raymond Electromatic. The target is a tall man in a black hat, and while Ray completes his mission successfully, he makes a startling discovery—one he soon forgets when his 24-hour memory tape loops to the end and is replaced with a fresh reel…

Time is running out for Ray and Ada, and if Ray and Ada want to survive their enemies, they need to do exactly what the man in the black hat says. A man that Raymond Electromatic has already killed. 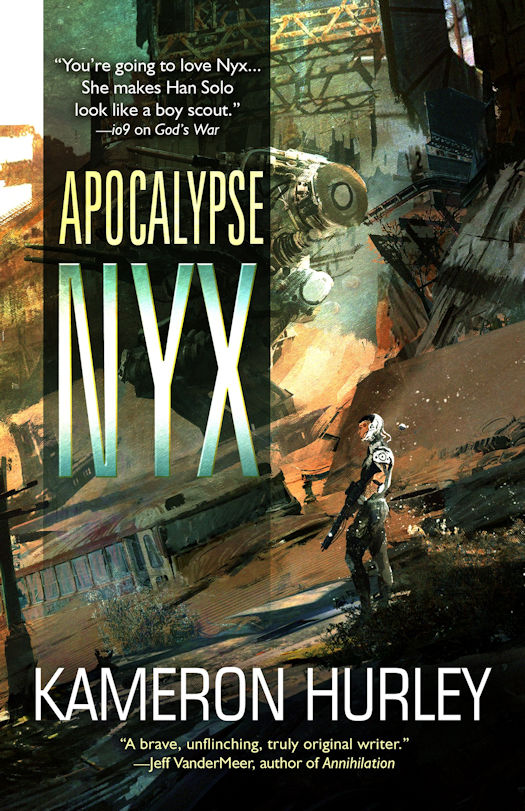 Ex-government assassin turned bounty-hunter, Nyx, is good at solving other people’s problems. Her favorite problem-solving solution is punching people in the face. Then maybe chopping off some heads. Hey—it’s a living.

Her disreputable reputation has been well earned. To Nyx’s mind, it’s also justified. After all, she’s trying to navigate an apocalyptic world full of giant bugs, contaminated deserts, scheming magicians, and a centuries-long war that’s consuming her future. Managing her ragtag squad of misfits has required a lot of morally-gray choices.

Every new job is another day alive. Every new mission is another step toward changing a hellish future—but only if she can survive. 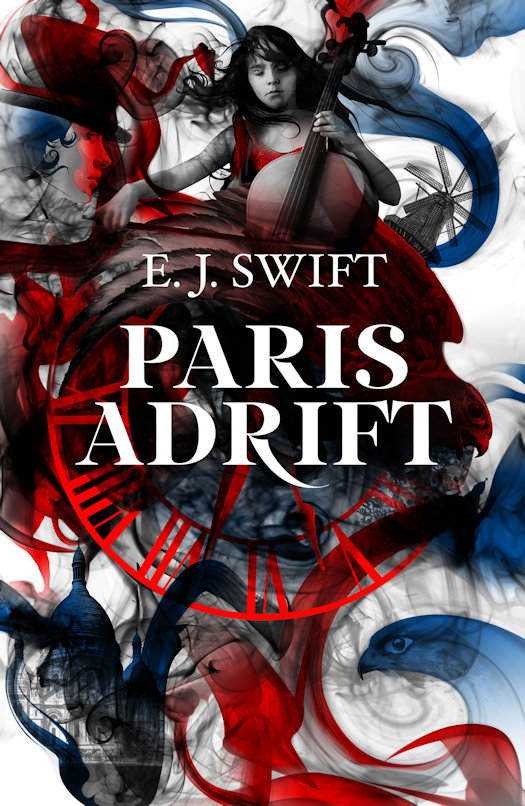 Determined to escape her old life, misfit and student geologist Hallie packs up her life in England and heads to Paris. She falls in with the eclectic expat community as a bartender at the notorious Millie’s, located next to the Moulin Rouge. Here she meets Gabriela, a bartender who guides her through this strange nocturnal world, and begins to find a new family. But Millie’s is not all that it seems: a bird warns Hallie to get her feathers in order, a mysterious woman shows up claiming to be a chronometrist, and Gabriela is inexplicably unable to leave Paris. Then Hallie discovers a time portal located in the keg room. Over the next nine months, irate customers will be the least of her concerns, as she navigates time-faring through the city’s turbulent past and future, falling in love, and coming to terms with her own precarious sense of self.