Join the conversation on Twitter using the hashtag #OneMoreTurn

NEW YORK--(BUSINESS WIRE)--2K and Firaxis Games announced today that Sid Meier’s Civilization® VI: Rise and Fall, the expansion pack for the critically acclaimed and award-winning strategy title, will be available for Windows PC on February 8, 2018.

Civilization VI: Rise and Fall brings new choices, strategies, and challenges for players as they guide a civilization through the ages. The expansion introduces new Great Ages, a new city loyalty system, and Governors while expanding existing Diplomacy and Government systems; and adds nine new leaders and eight new civilizations, a variety of new units, districts, wonders, buildings, and more. Players can now lead their empire into a Golden Age of prosperity or emerge triumphantly from a Dark Age into a memorable Heroic Age.

“Sid Meier’s Civilization is 2K’s longest running franchise and we’re thrilled to reveal this exciting and dynamic expansion for fans to experience Civilization VI in all new ways,” said Matt Gorman, VP of Marketing at 2K. “The Civilization VI: Rise and Fall expansion comes after a year of content and updates to Civilization VI, and marks the perfect time for both veterans and newcomers to take one more turn at building their empire.”

“With the new Great Ages system in Sid Meier’s Civilization VI: Rise and Fall, players can experience the ebb and flow of building empires amidst the challenges of history, either to lasting greatness or the dust of antiquity,” added Anton Strenger, Lead Designer at Firaxis Games. “With this expansion’s new features, players will be both challenged and rewarded in ways never seen before in the 26 years of the Civilization franchise.”

Headquartered in New York City, Take-Two Interactive Software, Inc. is a leading developer, publisher and marketer of interactive entertainment for consumers around the globe. The Company develops and publishes products principally through its two wholly-owned labels Rockstar Games and 2K. Our products are designed for console systems and personal computers, including smartphones and tablets, and are delivered through physical retail, digital download, online platforms and cloud streaming services. The Company’s common stock is publicly traded on NASDAQ under the symbol TTWO. For more corporate and product information please visit our website at http://www.take2games.com.

All trademarks and copyrights contained herein are the property of their respective holders.

The statements contained herein which are not historical facts are considered forward-looking statements under federal securities laws and may be identified by words such as "anticipates," "believes," "estimates," "expects," "intends," "plans," "potential," "predicts," "projects," "seeks," “should,” "will," or words of similar meaning and include, but are not limited to, statements regarding the outlook for the Company's future business and financial performance. Such forward-looking statements are based on the current beliefs of our management as well as assumptions made by and information currently available to them, which are subject to inherent uncertainties, risks and changes in circumstances that are difficult to predict. Actual outcomes and results may vary materially from these forward-looking statements based on a variety of risks and uncertainties including: our dependence on key management and product development personnel, our dependence on our Grand Theft Auto products and our ability to develop other hit titles, the timely release and significant market acceptance of our games, the ability to maintain acceptable pricing levels on our games, and risks associated with international operations. Other important factors and information are contained in the Company's most recent Annual Report on Form 10-K, including the risks summarized in the section entitled "Risk Factors," the Company’s most recent Quarterly Report on Form 10-Q, and the Company's other periodic filings with the SEC, which can be accessed at www.take2games.com. All forward-looking statements are qualified by these cautionary statements and apply only as of the date they are made. The Company undertakes no obligation to update any forward-looking statement, whether as a result of new information, future events or otherwise. 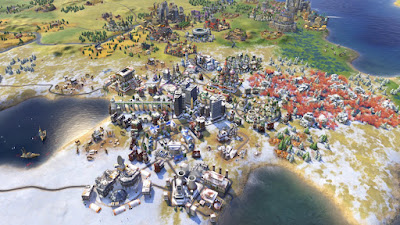