Review: The Gates of Evangeline by Hester Young 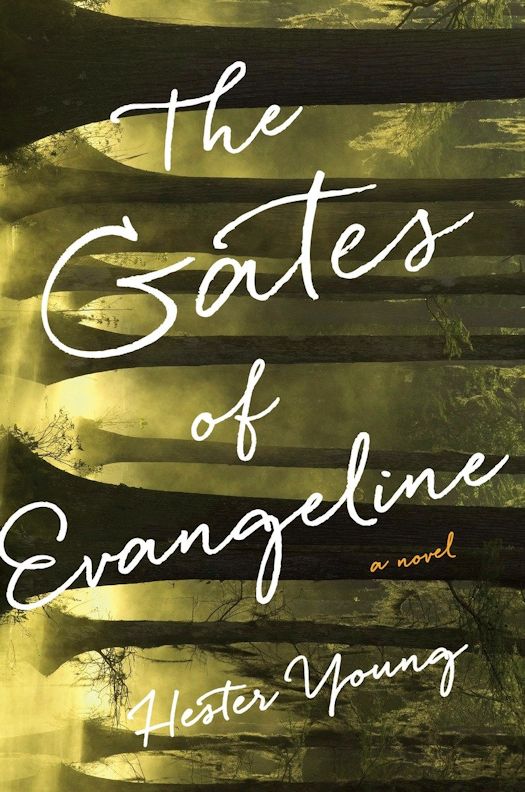 From a unique new talent comes a fast-paced debut, introducing a heroine whose dark visions bring to light secrets that will heal or destroy those around her . . .

When New York journalist and recently bereaved mother Charlotte “Charlie” Cates begins to experience vivid dreams about children she’s sure that she’s lost her mind. Yet these are not the nightmares of a grieving parent, she soon realizes. They are messages and warnings that will help Charlie and the children she sees, if only she can make sense of them.

After a little boy in a boat appears in Charlie’s dreams asking for her help, Charlie finds herself entangled in a thirty-year-old missing-child case that has never ceased to haunt Louisiana’s prestigious Deveau family. Armed with an invitation to Evangeline, the family’s sprawling estate, Charlie heads south, where new friendships and an unlikely romance bring healing. But as she uncovers long-buried secrets of love, money, betrayal, and murder, the facts begin to implicate those she most wants to trust—and her visions reveal an evil closer than she could’ve imagined.A Southern Gothic mystery debut that combines literary suspense and romance with a mystical twist, THE GATES OF EVANGELINE is a story that readers of Gillian Flynn, Kate Atkinson, and Alice Sebold won’t be able to put down.

Charlie is lost in the pain of her son's tragic death and just when she starts to work up to carrying on with life she is plagued by dreams of young injured or dead children. It is not until she realises that the dreams are not just any ordinary dream but cryptic cries for help. In one dream a young boy asks for Charlie's help to save him from someone truly evil and she realises can't stay idly by. When a new jobs opens up the opportunity to investigate the decades old disappearance of a young boy Charlie jumps at the chance to solve the mystery and hopefully help the young boy from her dream in the process. The journey lands Charlie not only to the lush Louisiana estate of the Deveau family but into the arms of a hunky gardener and, more important, into a morass of secrets and lies.

The Gates of Evangeline is not your average paranormal murder mystery. It is so much more. While the investigation of the disappearance of the youngest Deveau child does take centre stage there is a lot more happening here. The relationships Charlie makes while investigating helps her realise some things about herself that she may not have otherwise. It is as much a story of self discovery as it is about the disappearance and the visions. I feel the story would have the same impact even without the paranormal elements. I also liked the romance between her and Noah, the man she meets while staying at the estate.  Her relationship with Noah wasn't overly romanticized. Young writes 'normal' people who have flaws, who smoke too much, hog the covers or snore too loudly. This lent a level of credibility to the story as Charlie and Noah were written in such a way that you could easily imagine being their friend or neighbour. The Deveau family were a bit more stereotypical and perhaps a little less well developed than other characters but I was happy with that as Charlie very much held centre stage in the story.

My word of advice before sitting this book is - get your housework done, dinner made, send the kids to their friends ...whatever it takes as this is a 'can't put down' kind of book. I was inexplicably gripped from start to finish even though I had guessed all but one of the big reveals. The story and the characters grab you in until the final page. There aren't many books that I want to stay up late to read and this is one of them. Well done to Young for this excellent debut novel. I don't know how she is going to lead Charlie into further adventures and part of me wishes this was a one off as it was so good. Fingers crossed Young is able to write an equally compelling second book. I am looking forward to it already. Put The Gates of Evangeline on your 'must read' list for 2015.