Please welcome Mur Lafferty, Max Gladstone, Brian Francis Slattery, and Margaret Dunlap. They are writing the Bookburners serial for SerialBox. Bookburners is an urban fantasy adventure series about a black-ops anti-magic squad which is backed by the Vatican. You can read Chapter One at the SerialBox website here. 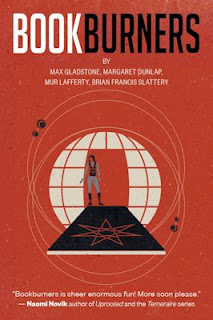 On co-writing a serial…

Mur Lafferty says…Co-writing a serial is fun, with it’s own challenges and windfalls. It’s easier in the way that if you get stuck, then you have a whole bunch of other people who know the story as intimately as you do who are ready to help. But--It's harder in the way that we all must agree in the direction a story is going. When there's a disagreement, we talk it out as a team. You learn what battles are worth fighting and which are ok to let go.

Max Gladstone agrees—Indeed! It’s easier in some ways, harder in others. Easily the best part—for me—is getting to pitch an idea to a room full of brilliant people and go “Hey! What do we think about…. THIS?” And then you see, in real time, whose eyes light up and whose go dead! Normally when I’m working on my own that’s at least several hours of grinding through outlines and possible plot developments. The hardest part, but most valuable, has been learning how to outline and story break. I do most of that stuff instinctively, in my head—but since we’re writing episodes in parallel, it really helps to be able to show people in advance what I’m going to do. Some of that’s snuck back into my novel writing, now!

But Brian Francis Slattery is staying middle of the road: I'm not sure I think of it as easier or harder. Both are great. I will say that working with other people means there are more surprises, and I like surprises. A lot.

Meanwhile, Margaret Dunlap is a happy old-hand: I love collaborating with other writers. It's one of the things that drew me to writing for television in the first place. I mean, what better job is there than sitting around with a bunch of smart creative people and planning the lives of fictional characters as though they're real? On Bookburners, we discovered that even though no one else had worked in a writers room per se, we all played tabletop roleplaying games, which is, at its heart, an exercise in collaborative storytelling. The qualities that make a good player or DM--listening, using other people's ideas as launching points for your own, and generally playing well with others--are the same things that make for the kind of writer you'd want to collaborate with on something like this. Everyone was totally game and excited about the project, and I've had a blast working with all of them. 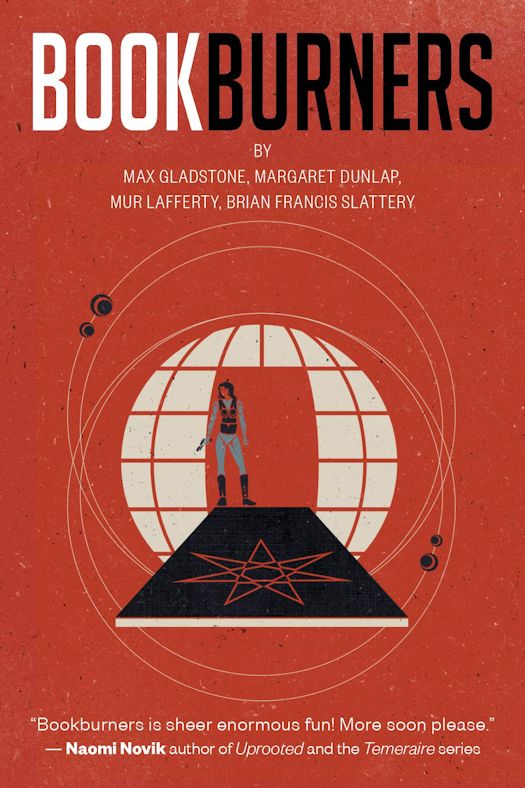 Magic is real, and hungry—trapped in ancient texts and artifacts, only a few who discover it survive to fight back. Detective Sal Brooks is a survivor. Abruptly thrust into the battle between nefarious forces trying to unleash this power onto the world and those trying to stop them, she joins a Vatican-backed black-ops anti-magic squad: Team Three of the Societas Librorum Occultorum. Together they stand between humanity and magical apocalypse. Some call them Bookburners. They don’t like the label.

Chapter 1: Badge, Book, and Candle
NYPD Detective Sal Brooks is no rookie—but even the most hardened cop would think twice when they see their brother open a book and become…well…something entirely not their brother. When her attempts to solve the case cross paths with a mysterious team led by a priest, she starts to realize that the world is far more than what is seems, and, just maybe, magic is real—and hungry.

Thus begins the 16-part serial, Bookburners, presented by Serial Box. From a team of writers, this collaborative effort will unfold an epic urban fantasy narrative across an entire season in weekly installments.

Follow along as Sal learns the life changing lesson: some books have teeth. 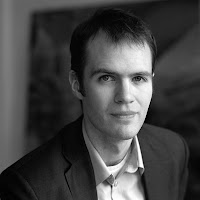 Max Gladstone
Max Gladstone has been thrown from a horse in Mongolia, drank almond milk with monks on Wudang Shan, and wrecked a bicycle in Angkor Wat. Max is also the author of the Craft Sequence of books about undead gods and skeletal law wizards—Full Fathom Five, Three Parts Dead, Two Serpents Rise, and Last First Snow. Max fools everyone by actually writing novels in the coffee shops of Davis Square in Somerville, MA. His dreams are much nicer than you’d expect. He tweets as @maxgladstone. 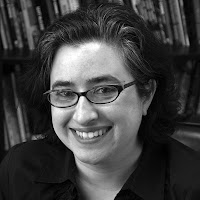 Margaret Dunlap
Before joining the Bookburners, Margaret Dunlap wrote for Eureka (SyFy) as well as ABC Family’s cult-hit The Middleman. Most recently, she was a writer and co-executive producer of the Emmy-winning transmedia series The Lizzie Bennet Diaries, and co-created its sequel Welcome to Sanditon. Her short fiction has previously appeared in Shimmer Magazine. Margaret lives in Los Angeles where she taunts the rest of the team with local weather reports and waits for the earthquake that will finally turn Burbank into oceanfront property. She tweets as @spyscribe. 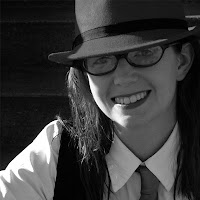 Mur Lafferty
Mur Lafferty is the author of The Shambling Guides series from Orbit, including The Shambling Guide to New York City and Ghost Train to New Orleans. She has been a podcaster for over 10 years, running award-winning shows such as I Should Be Writing and novellas published via podcast. She has written for RPGs, video games, and short animation. She lives in Durham, NC where she attends Durham Bulls baseball games and regularly pets two dogs. Her family regrets her Dragon Age addiction and wishes for her to get help. She tweets as @mightymur. 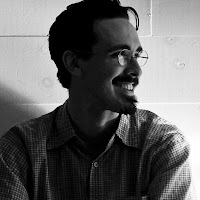 Brian Francis Slattery
Brian Francis Slattery is the author of Spaceman Blues, Liberation, Lost Everything, and The Family Hightower. Lost Everything won the Philip K. Dick Award in 2012. He’s the arts and culture editor for the New Haven Independent, an editor for the New Haven Review, and a freelance editor for a few not-so-secret public policy think tanks. He also plays music constantly with a few different groups in a bunch of different genres. He has settled with his family just outside of New Haven and admits that elevation above sea level was one of the factors he took into account. For one week out of every year, he enjoys living completely without electricity.

Serial Box aims to bring book lovers everything they like about television:
- New episodes each week
- Series are produced by a team of writers collaborating to create the most exciting, dynamic stories
- Episodes are easily ingestible with a 40-minute average read-time
- Each episode is an exciting adventure but together they build into a complete narrative—just like your favorite shows