Excerpt from Say Yes to the Death by Susan McBride!

Say Yes to the Death, the latest novel in the Debutante Dropout Mystery series by Susan McBride, is out today from Witness! Say Yes to the Death has high-society dropout Andrea Kendricks thrust back into things when her mom drags her to a fancy wedding. A wedding where, of course, somebody dies. And that's just the beginning! 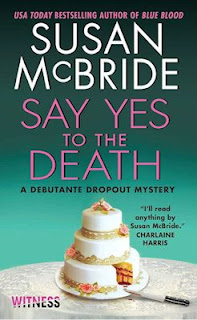 Prologue, Say Yes to the Death, by Susan McBride 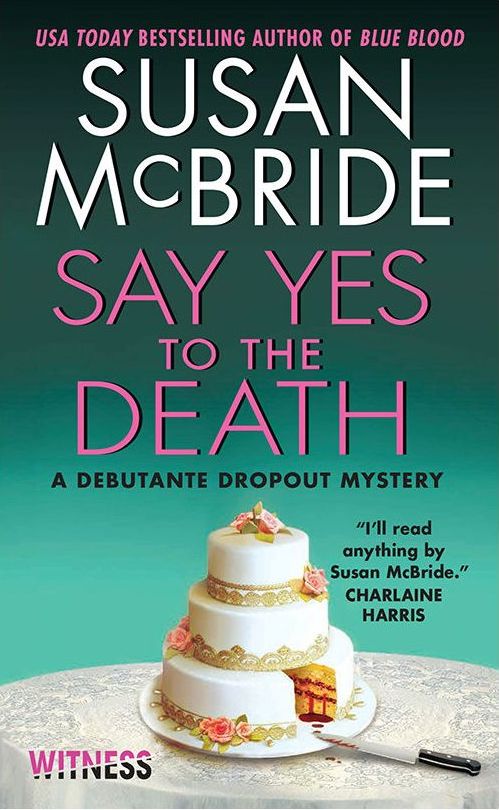 Someone old, someone cruel

Debutante dropout Andrea Kendricks is beyond done with big hair, big gowns, and big egos—so being dragged to a high-society Texas wedding by her socialite mama, Cissy, gives her a bad case of déjà vu. As does running into her old prep-school bully, Olivia La Belle, the wedding planner, who's graduated to berating people for a living on her reality TV show. But for all the times Andy wished her dead, nobody deserves Olivia's fate: lying in a pool of blood, a cake knife in her throat—but did the angry baker do it?

Millicent Draper, the grandmotherly owner of Millie's Cakes, swears she's innocent, and Andy believes her. Unfortunately, the cops don't. Though Andy's fiancé, lawyer Brian Malone, is handling Millie's case, she's determined to spring Millie herself. But where to start? "La Belle from Hell" had enemies galore. Good thing Andy has a BFF who's a reporter— and a blue-blood mother who likes to pull strings.

Susan McBride is the USA Today bestselling author of Blue Blood, the first of the Debutante Dropout Mysteries. The award-winning series includes The Good Girl's Guide to Murder, The Lone Star Lonely Hearts Club, Night of the Living Deb, and Too Pretty to Die. She's also the author of The Truth About Love and Lightning, Little Black Dress, and The Cougar Club, all Target Recommended Reads. She lives in St. Louis, Missouri, with her husband and daughter. Learn more at her website or on Facebook.