Please welcome Ilana C. Myer to The Qwillery as part of the 2015 Debut Author Challenge Interviews. Last Song Before Night is published on September 29th by Tor Books. 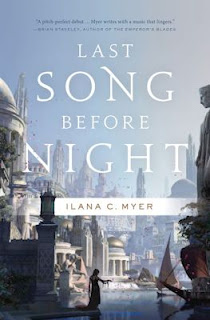 Ilana:  Thank you for the welcome! I’ve been writing since I learned to read, basically—I was so enraptured by reading that I knew I wanted to write books.

Ilana:  I try to plan out a general direction in advance, but most of the major decisions are made while the novel is in progress. For me the biggest challenge is that disparity between what’s on paper and what was in my head. The only solution to that—constant rewrites.

TQ:  You are a journalist. How does that affect or not your fiction writing?

Ilana:  Journalism, for me, mostly involved talking to lots of interesting and skilled people and extracting their expertise, and this certainly can be useful to a writer of fiction. You never know when a particular bit of information or an insight will be useful.

Ilana:  I’ve been influenced by every book I’ve ever loved, which is a long list! I’m sure somewhere in my writing is evidenced my childhood love of Ellen Raskin’s The Westing Game, for example. Other early influences include Lloyd Alexander, E. Nesbit, T.H. White, fairy tales and the magnificent D’Aulaires books of mythology.

TQ:  Describe Last Song Before Night in 140 characters or less.

Ilana:  Last Song Before Night is set in a world where art and magic are intertwined, and the protagonists are poets.

TQ:  Tell us something about Last Song Before Night that is not found in the book description.

Ilana:  Last Song is a fast-paced adventure story while simultaneously it is a series of questions about art and its place in the world.

TQ:  What inspired you to write Last Song Before Night? What appealed to you about writing Epic Fantasy?

Ilana:  What I most value about fantasy is the opportunity it gives us to explore great questions on a mythic scale. Last Song is about art, power, and the sometimes troubling convergence of the two—among other things.

TQ:  What sort of research did you do for Last Song Before Night?

Ilana:  I read many, many books, in history and mythology.

Ilana:  Right now I’m hard at work on the sequel, which is different from Last Song in many ways, and introduces new characters and places.

TQ::  Thank you for joining us at The Qwillery.

Ilana:  Thank you very much! 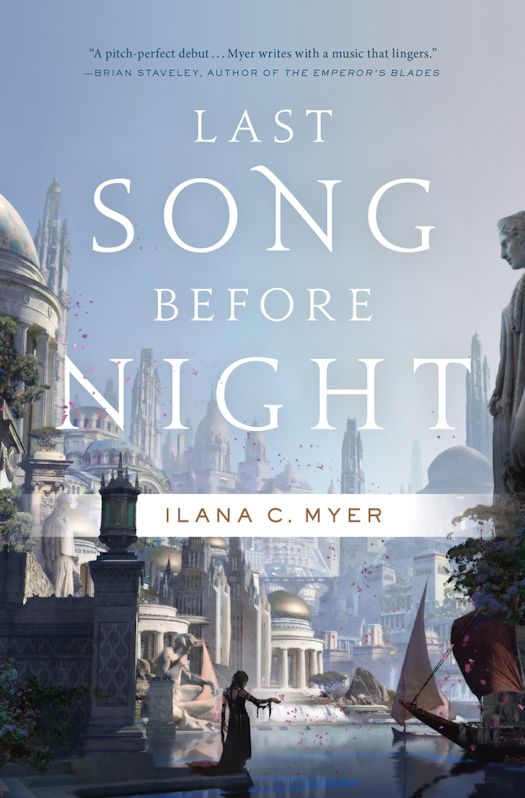 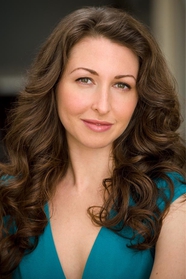