Interview with Cindy Dees and giveaway of The Sleeping King


Please welcome Cindy Dees to The Qwillery.  The Sleeping King, the first novel in an epic fantasy series based on the live action RPG Dragon Crest, was published on September 8th by Tor Books. 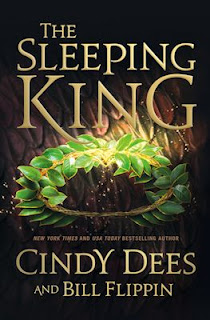 TQ:  Welcome to The Qwillery. You've written over fifty suspense and thriller novels. How has your writing process changed or not over the course of writing so many novels?

Cindy:  Thanks for having me! (cyber wave to everyone) As I’ve gained experience and fossilized into an official old battle axe, I’ve become a less obsessive outliner. I trust my instincts more than I used to and am more inclined to let the characters dictate how a scene unfolds. However…

…then I embarked on writing a huge, old-school epic fantasy. I’m right back to piles of index cards with a scene on each. I pin them to the wall of my office, shuffle them around as I plot, curse at them from time to time, and ritually throw them across my office when the book is done.

Cindy:  I’m a definite plotter. I love an intricate and surprising plot, and I personally have to pre-plan those if I’m not going to give myself a nasty surprise and get lost somewhere in the middle of the third act.

By far the most challenging thing for me is showing scenes to my writing partner, Bill Flippin, that are drafted but not edited…meaning they’re still TERRIBLE. It’s like going to work in your oldest, unwashed underwear. He sees all my worst writing flaws and mistakes before I’ve had time to fix them or disguise them.

TQ:  Describe The Sleeping King in 140 characters or less.

Cindy:  A boy. A girl. A sleeping king. One dangerous prophecy—and a quest to save them all.

TQ:  The Sleeping King is your first epic fantasy novel and is based on the live action role-playing game Dragon Crest. Please tell us about Dragon Crest.

Cindy:  If you picture Dungeons & Dragons but, instead of sitting at a table describing what your character would do, you dress up, grab padded weapons, and run around in the woods playing for real, you’d be getting close. Then you’d have to add a dash of improvisational acting, a bunch of imaginative players, ongoing multi-year plot lines, and set the whole thing in a stunningly envisioned epic world on the scale of Lord of the Rings, and then you’d be very close to picturing Dragon Crest.

TQ:  Please tell us something about The Sleeping King that is not found in the book description.

Cindy:  Each of the characters in the book is based on a real character played by a real person. Which is to say, if you want to chat with your favorite (or least favorite) character from the book in the discussion forum at www.dragoncrest.com, you could actually do that. If one of the characters goes to a gaming convention, you could take selfies with him or her. Or, you could create your own character and go adventuring with the book’s characters at one of our live events. And, if you did something awesomely heroic, you could even end up in one of our future Dragon Crest books. My editor asked me recently what happens in book three and I told her I don’t know. The players haven’t played it in the live game, yet.

Cindy:  The main female character, Raina of Tyrel, was definitely the easiest because I’ve personally played her for nearly twenty years. It would not be an exaggeration to say I know her like I know myself!

The hardest character is definitely His Resplendent Majesty, Maximillian III, Emperor of the Eternal Empire of Koth. (He prefers that his full title be used in public.) It would have been too easy to make him the big bad guy and pure evil through and through. But in point of fact, he does what he perceives as necessary to hold the Empire together. He forces us to question the nature of good and evil, pragmatism versus idealism, light versus dark. We never go inside his mind and write from his point of view, so he remains the most inscrutable character in the story, and that makes him the most difficult to portray in a fascinating way to readers.

TQ:  Which question about The Sleeping King do you wish someone would ask? Ask it and answer it!

Cindy:  What a great question! I would ask me, “This first book gives us a peek inside a huge, sprawling world. Just how big is this series going to be and how do you see it developing?”

Well, Self, that’s an excellent question. We’ve already finished drafting the next big, doorstopper-sized novel and are about to start writing the third one. We’re currently plotting the next three major novels and anticipate doing many more of these big, epic stories. We’re also excited at the prospect of doing shorter stories set in the universe in addition. I think we have a list of about fifty story ideas so far.

As for how I see it developing, when we meet the main characters in THE SLEEPING KING, they’re young adventurers just setting out in life. I’m looking forward to following them in future novels as they grow up and become more skilled and more sophisticated. As we all know, the problems of adult life tend to grow more complicated and difficult.

TQ:  Give us one or two of your favorite non-spoilery lines from The Sleeping King.

Cindy:  “Hear this, for I speak true. A nameless one comes. From the depths of the untamed lands to destroy us all. Olde magicks returned, change born of earth and stars. Greater than thee, Maximillian, Last Emperor of Koth. When Imperial gold is bathed in blood, your fate is written and cannot be undone. Eternal Koth is finished.”

Cindy:  THE DREAMING HUNT (Dragon Crest book 2) is going to get one last pass-through this week to tighten and shorten it, and then we’ll send our baby off to the incomparable Claire Eddy at Tor to work her magic on it. Shortly thereafter, we’ll dive into final plotting and initial drafting of THE WANDERING WAR (Dragon Crest book 3). I can’t wait!

Cindy:  Thank YOU for having me! Would love to chat more with all of you on the Dragon Crest forums or go adventuring with you… 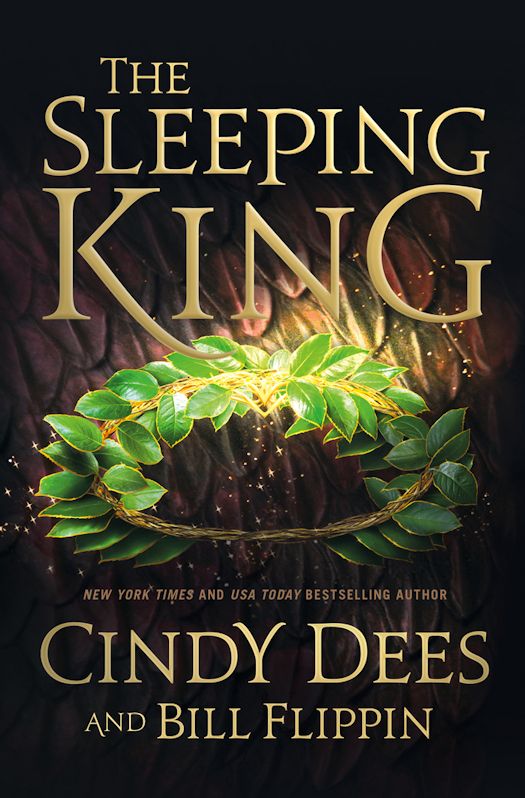 The Sleeping King is the start of a new fantasy series by New York Times and USA Today bestselling author, Cindy Dees.

Dees has won a Golden Heart Award, two RITAs for Category Suspense and Adventure and has also twice snared RT's Series Romantic Suspense of the Year. She is a great storyteller, and the adventures in her more than fifty novels are often inspired by her own life. Dees is an Air Force vet-the youngest female pilot in Air Force history-and fought in the first Gulf War. She's had amazing adventures, and she's used her experiences to tell some kickass stories.

But as much as she love romances, Cindy's other passion has been fantasy gaming. For almost twenty years she's been involved with Dragon Crest, one of the original live action role-playing games. She's the story content creator on the game, and wanted to do an epic fantasy based on it, with the blessing and input of Dragon Crest founder Bill Flippin.

The Sleeping King is the first in an epic fantasy series, featuring the best of the genre: near immortal imperial overlords, a prophecy of a sleeping elven king who's said to be the savior of the races . . . and two young people who are set on a path to save the day.

CINDY DEES is the New York Times and USA Today bestselling author of fifty suspense and thriller novels. She also draws upon her twenty-plus years of live action role-playing experience to write epic fantasy novels. She has participated in the Dragon Crest world since 1996, and is the co-author of The Sleeping King.

BILL FLIPPIN is the creator of Dragon Crest, turning his fictional world into a national live-action role playing game, with ongoing Dragon Crest events and campaigns all over the United States. He is the co-author of The Sleeping King.

What:  One entrant will win a hardcover copy of The Sleeping King by Cindy Dees and Bill Flippin from Tor Books. US / CANADA ONLY

Who and When:  The contest is open to all humans on the planet earth with a US or Canadian mailing address. Contest ends at 11:59 PM US Eastern Time on September 19, 2015. Void where prohibited by law. No purchase necessary. You must be 18 years old or older to enter.