Interview with Gerrard Cowan, author of The Machinery


Please welcome Gerrard Cowan to The Qwillery as part of the 2015 Debut Author Challenge Interviews. The Machinery will be published by Harper Voyager UK on September 10, 2015. You may read a guest post by Gerrard - The beginning, middle and end of planning a trilogy
- here. 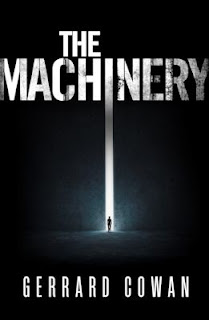 
Gerrard:  The ‘why’ is easy! I loved fantasy novels as a child, and spent much of my time dreaming up my own worlds and stories. I always knew it was something I wanted to have a crack at.

The ‘when’ is a bit harder. I made dozens of attempts at starting to write over the years, but I could never really get into a routine. I had the idea for The Machinery in 2008, but I would say it took me another two years to get into a proper rhythm. That was the real breakthrough for me.

Gerrard:  Both. I plot a novel out in broad brushstrokes, and by the time it’s done it bears a vague resemblance to what I had originally planned. I find that as I write, things tend to go off in unexpected directions. For example, a character you had originally intended to serve in a minor role may actually become more interesting, so you give them more time and space to develop. I need to have an idea of where I’m going, but I also need the plan to have flexibility.

Gerrard:  Pushing on even when you don’t feel like it. A writer friend told me years ago that you should look on writing as an athlete looks upon training: there is a certain period of time every day that you need to set aside for it, no matter how you feel. It took me a long time to get into that routine. These days, I will sit down and write, even for a short while, and even if it’s total drivel.

Gerrard:  I didn’t have anyone at the front of my mind when I wrote The Machinery. In fact, I think I was mainly reading non-fiction at the time. That being said, my favourite fantasy author is Mervyn Peake: I love the sense of weirdness in his novels, and I really hope The Machinery has a similarly surreal, gloomy feel.

TQ:  Describe The Machinery in 140 characters or less.

Gerrard:  The Machinery has Selected the leaders of the Overland for ten millennia, bringing glory. But the Machinery is breaking, and Ruin is coming.

TQ:  Tell us something about The Machinery that is not in the book description.

Gerrard:  It has (I hope) a creepy, surreal aesthetic. This is a world where immortal beings interfere in human affairs and shadowy, masked figures called Watchers haul Doubters off to a mysterious Prison, from which no one has ever returned.

TQ:  What inspired you to write The Machinery? What appeals to you about writing Fantasy?

Gerrard:  I actually started with just the central idea: what if a machine existed that could choose the best leaders of society? I developed the background over time, but it was always clear to me that it would be a fantasy, even though the central concept gives it a kind of sci-fi flavor. I loved the scope that fantasy could give me for the sense of weirdness I wanted to convey.

TQ:  What sort of research did you do for The Machinery?

Gerrard:  The book is not intended to be a kind of alternate vision of a historical period, so I didn’t want to get too bogged down in technical details. That being said, I gave it a Renaissance-type setting, in which society is grappling with various technological advances like gunpowder and the printing press. I read a good deal about early-modern Italian city-states, as well as Ancient Rome, as I wanted the setting to convey a mixture of the two.

Gerrard:  The easiest was Annara Rangle, an old woman who has been chosen by the Machinery to serve as Tactician of the West. She has a sardonic outlook on the world that I enjoyed writing.

The hardest was Charls Brandione, who is General of the Overland’s armies. I think I found him difficult as he was one of the earliest I created, and I was still trying to find my way into the book.

TQ:  Which question about The Machinery do you wish someone would ask? Ask it and answer it!

Question: Is there magic in the book?

Answer: It isn’t called magic as such, but all sorts of strange powers can be found within!

TQ:  Give us one or two of your favorite non-spoilery lines from The Machinery.

Gerrard:  More a paragraph than a line, just to set it in context. It’s the last line I like the most.

Gerrard:  I am currently deep into Book 2, The Strategist, which is tentatively planned for release next May. Once that’s done I’ll dive straight into Book 3, and after that, who knows? Hopefully I will be able to convince someone to publish more books, either in the world of The Machinery or another. 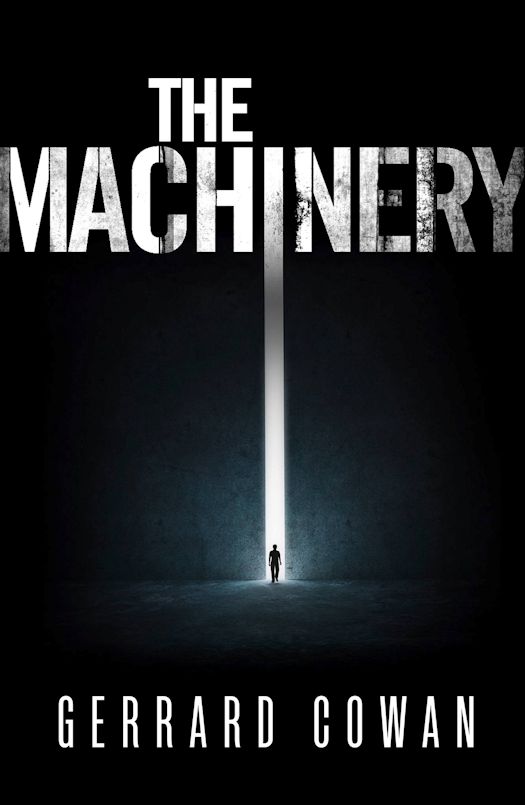 For ten millennia, the leaders of the Overland have been Selected by the Machinery, an omnipotent machine gifted to their world in darker days.

The city has thrived in arts, science and war, crushing all enemies and expanding to encompass the entire Plateau.

But the Overland is not at ease, for the Machinery came with the Prophecy: it will break in the 10,000th year, Selecting just one leader who will bring Ruin to the world. And with the death of Strategist Kane, a Selection is set to occur…

For Apprentice Watcher Katrina Paprissi, the date has special significance. Life hasn’t been the same since she witnessed the kidnapping of her brother Alexander, the only person on the Plateau who knew the meaning of the Prophecy.

When the opportunity arises to find her brother, Katrina must travel into the depths of the Underland, the home of the Machinery, to confront the Operator himself and discover just what makes the world work… 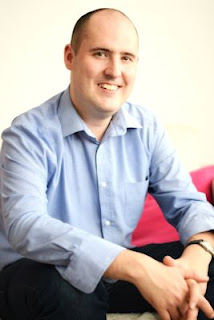 Gerrard Cowan is a writer and editor from Derry, in the North West of Ireland. His debut fantasy novel, The Machinery, will be published by HarperVoyager UK in September 2015. It is the first in a trilogy.

His first known work was a collection of poems on monsters, written for Halloween when he was eight; it is sadly lost to civilisation.