Spotlight: The Art of Language Invention by David J. Peterson


The Art of Language Invention by conlanger David J. Peterson was published on September 29th by Penguin Books. It's an deeply interesting and detailed look at the creation of language as Peterson discusses Sounds, Words, Evolution and The Written Word and makes this fascinating subject accessible. There are even Phrase Books for Dothraki, High Valyrian, and more.


The Art of Language Invention
From Horse-Lords to Dark Elves, the Words Behind World-Building
Penguin Books, September 29, 2015
Trade Paperback and eBook, 304 pages 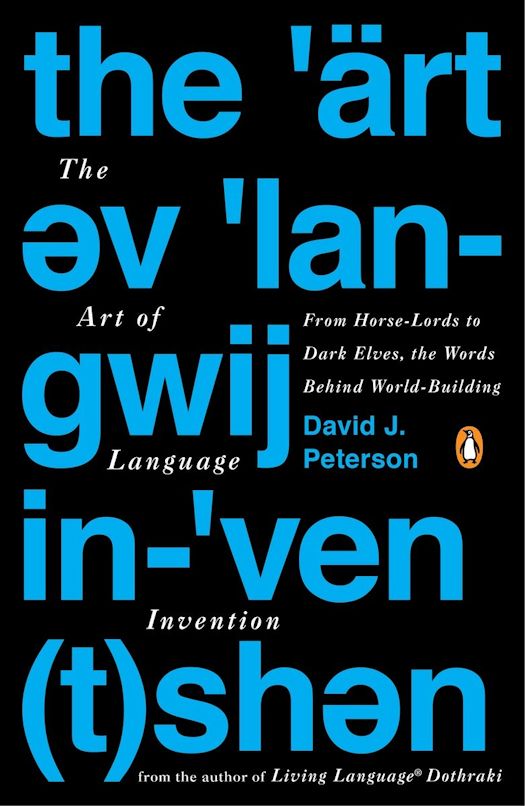 
From master language creator David J. Peterson comes a creative guide to language construction for sci-fi and fantasy fans, writers, game creators, and language lovers. Peterson offers a captivating overview of language creation, covering its history from Tolkien’s creations and Klingon to today’s thriving global community of conlangers. He provides the essential tools necessary for inventing and evolving new languages, using examples from a variety of languages including his own creations, punctuated with references to everything from Star Wars to Michael Jackson. Along the way, behind-the-scenes stories lift the curtain on how he built languages like Dothraki for HBO’s Game of Thrones and Shiväisith for Marvel’s Thor: The Dark World, and an included phrasebook will start fans speaking Peterson’s constructed languages. The Art of Language Invention is an inside look at a fascinating culture and an engaging entry into a flourishing art form—and it might be the most fun you’ll ever have with linguistics.

David J. Peterson began creating languages in 2000, received his MA in Linguistics from the University of California, San Diego, in 2005, and cofounded the Language Creation Society in 2007. He has created languages for HBO’s Game of Thrones, Syfy’s Defiance and Dominion, the CW’s Star-Crossed, and Thor: The Dark World. He is also the author of Living Language Dothraki.