Please welcome Linda Poitevin to The Qwillery. Sins of the Warrior, the 4th and final novel in The Grigori Legacy, was published on September 18, 2015. 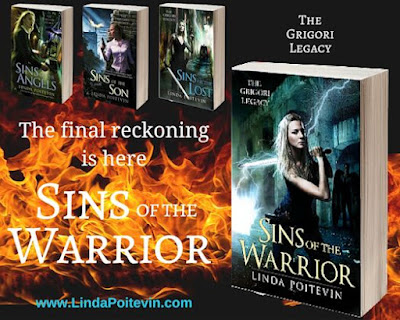 The End of a Series


Sins of the Warrior, the fourth book in the Grigori Legacy, marks the end of the series, and let me tell you…it’s been quite a ride.

When I began work almost fifteen years ago on the first book, Sins of the Angels, I had no idea I was writing a series. Or an urban fantasy, for that matter. The book was supposed to be a single-title paranormal romance…except it wasn’t. One thing led to another and another and another, until eventually I figured out that I had a much bigger story arc than I’d first thought. (Actually, it would be more accurate to say that I learned what a story arc was, looked at what was then my third book in progress, and went, “Ohhhhh. Now I get it!” For what it’s worth, I don’t actually recommend that particular approach to writing a series. Or a single book, for that matter. ;) )

But none of that really matters now…because I’m done.

I have my first complete series.

A finished story arc, launched in all its winged glory (with the help of its warrior angels *nudge nudge wink wink*), out there for readers to enjoy without fear they’ll never find out what happens.

That sense of accomplishment I’ve been feeling for the last week? It’s pretty freaking awesome.

And now…now I need to get started on the next one.

After just one more happy dance. ☺ 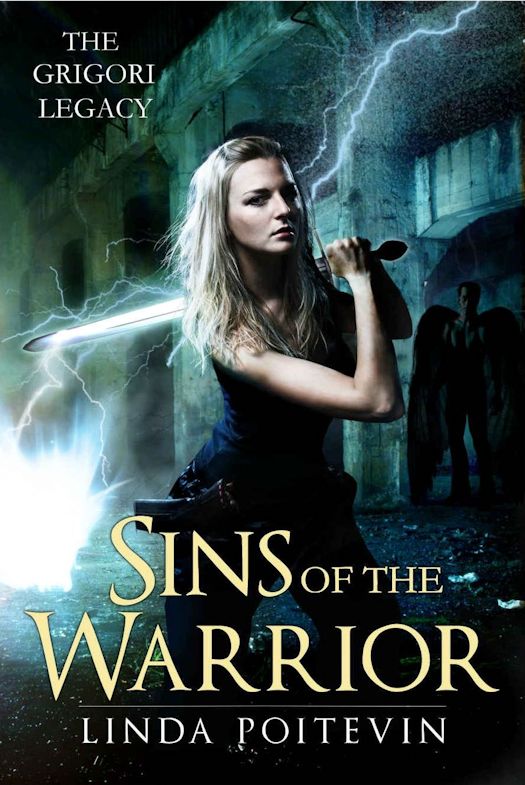 
From Melanie's Week in Review

[Sins of the Warrior] by Linda Poitevin... is the final book of The Grigori Legacy and keep hold of your panties because it is a cracker. When we last left Alex she had witnessed the death of her soulmate, her former boyfriend Seth becomes the ruler of Hell and her sister has gone mad after being made to witness her daughter's rape by Lucifer which leaves her pregnant. Alex is desperately searching for her pregnant niece while the war between Heaven and Hell starts to escalate. Just when she thinks she has nothing left to give, the Archangel Michael asks her to help find The One's daughter (Seth's sister) Emanuelle in an attempt to tip the balance back into Heaven's favour. All the while Seth is determined that Alex will live for eternity with him in Hell and he will kill anyone in order to have her by his side. Sins of the Warrior is the cataclysmic end to the original battle of good versus evil.

I really enjoyed this final book of the series and even stayed up WAY past my bedtime to finish it (hardly ever happens!). I have liked this series but wasn't in love with them. I don't always enjoy stories with angels in them as they can be too good to be true but in this final installment the angels are more fallible and almost human. Alex is a great female lead but I think that Poitevin was a bit too mean to her. There is no way someone would live through what Alex does and not be completely insane at the end of it. I don't want to give away too much of the plot by explaining this anymore. Well done to Poitevin for wrapping this series up so well, and I will look forward to reading more from this author. Also, excellent cover. I love it! 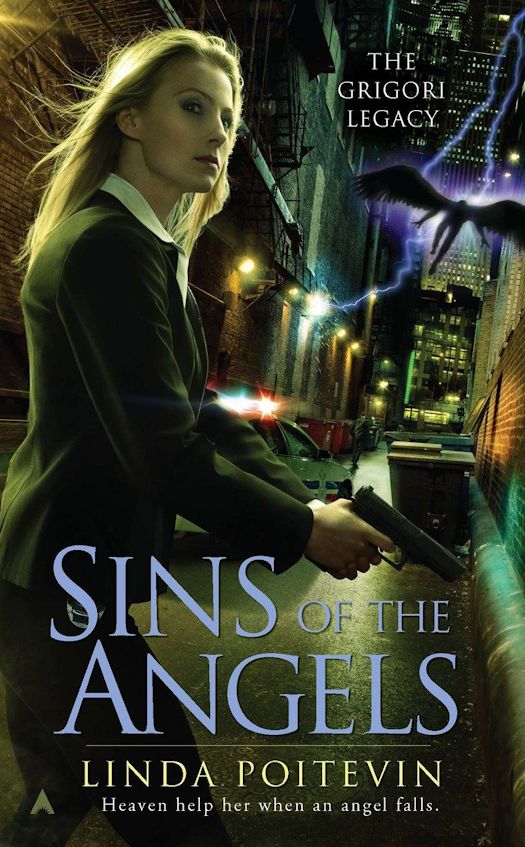 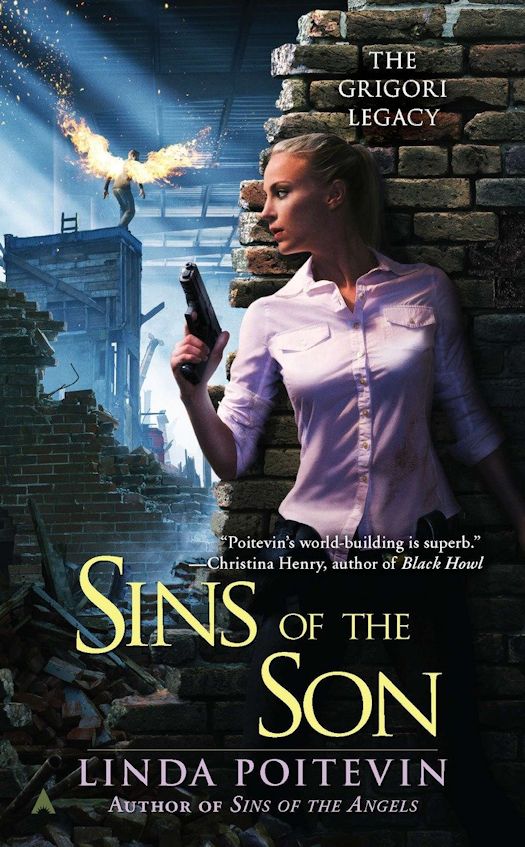 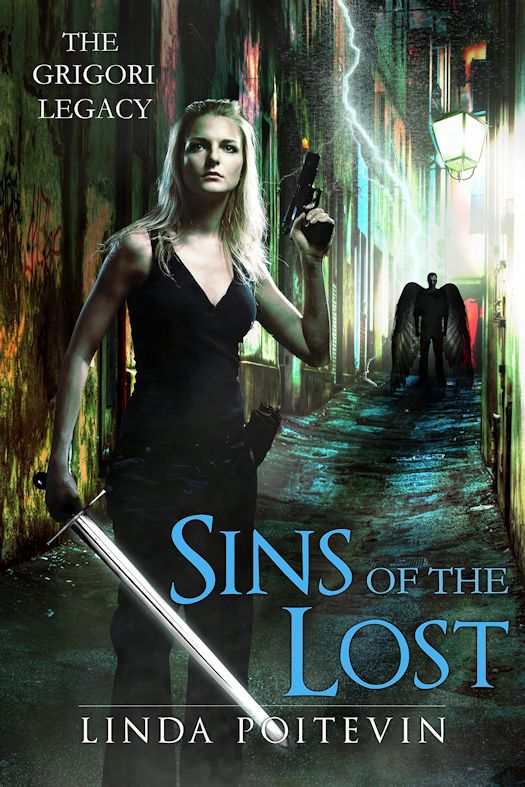 Homicide detective Alexandra Jarvis's world is crumbling around her. As Lucifer continues to build his Nephilim army, Alex's fight to stem humanity's rising panic leaves little room in her life for her fledgling relationship with Seth, the man with Heavenly roots who has captured her heart.

Faced with betraying the man she loves, Alex turns to the Archangel Aramael, the soulmate she once rejected, who may be her last chance to save her family--and humanity--from the coming apocalypse. 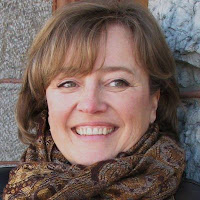 Linda Poitevin is a writer possessed of both a light side and a dark one. On the dark side, she’s the author of the Grigori Legacy, an urban fantasy series featuring a hard-as-nails cop caught up in the war between Heaven and Hell. In her lighter moments, she writes the sweet and funny Ever After contemporary romance series. And when she’s not plotting the world’s downfall or next great love story, she’s a wife, mom, friend, coffee snob, gardener, walker of a Giant Dog, minion to the Itty Bitty Kitty, and avid food preserver (you know, just in case that whole Zombie Apocalypse thing really happens).

Labels: Book Reviews, giveaway, Guest Blog, Linda Poitevin, Melanie, review, Sins of the Angels, Sins of the Lost, Sins of the Son, Sins of the Warrior, The Grigori Legacy
Email ThisBlogThis!Share to TwitterShare to FacebookShare to Pinterest