OK which one of you turned the calendar forward to November? September has always been quite nice but I have been freezing all week and almost need to turn the heating on. Lucky for me I had some enjoyable books to read while I was cuddled under my duvet.  So what did I read?

I finished The Goblin Emperor by Katherine Addison at last. This book took me a while to read and thought I would wait to tell you about it once I had finished it. I found it when I randomly looking at Amazon. I thought it sounded OK and double checked on Goodreads.  Michael J Sullivan (Riyria Revelations series) gave it 5 stars so I thought it must be good.

The Goblin Emperor tells the story of Maia after he discovers that he is now the oldest remaining heir following the death of his father and brothers. Having been exiled at a young age after the death of his goblin mother, Maia has not developed the 'society' needed to excel as a ruler. Left alone with a few servants and a cruel warden Maia is insecure and unschooled in all the things he should have learned as a potential heir to the throne. He is, however, determined to be a good ruler and more importantly discover the consequences surrounding his father and brothers' deaths. Maia's job is made all that much harder as he is the goblin heir to a largely elven empire. He is up against prejudice, racism and perhaps most important a murderer who will stop at nothing to make sure that his time on the throne is as short as possible.

I thought this book was just OK. It was a bit predictable and seemed to take a lot longer than necessary to get to the resolution of the plot. I also thought it was very odd Maia and the other aristocrats referred to themselves in the plural form of the first person - using 'we' instead of 'I' or 'me'. If you like high fantasy mixed with a little bit of steampunk then give it a go but don't expect a quick read.

After a long read I then wanted to a quick read and discovered a novella of Grace Draven's that I had missed  - The Brush of Black Wings. This is set in the Master of Crows world with Martise and Silhara. They are enjoying wedded bliss when Martise discovers a mysterious, dark and dangerous ruin in the woods. When Martise gets trapped by a potentially malevolent force Silhara will do anything and everything to get her back.

I like these characters and enjoyed this quick read. While it stays pretty close to its romance roots there is enough character and plot development to keep things interesting. I wonder what else Draven has planned for these characters.


I have continued to beta read The Death at Dulgath which I am thoroughly enjoying. I also read The Gates of Evangeline by Hester Young. I will be writing a full review of Young's book so keep your eye out for it. That is all I have to tell you about this week but I am looking forward to a whole raft of exciting looking books I have received.  Expect action packed Week in Reviews to come! Until next week Happy Reading. 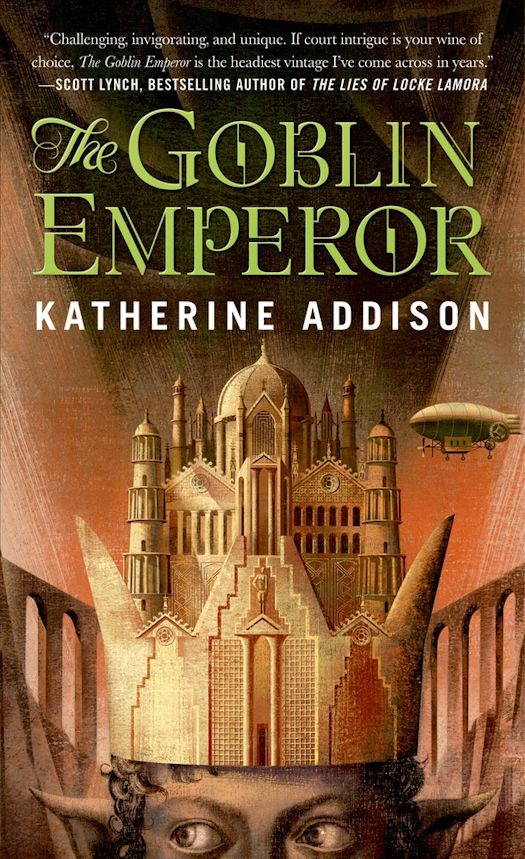 The youngest, half-goblin son of the Emperor has lived his entire life in exile, distant from the Imperial Court and the deadly intrigue that suffuses it. But when his father and three sons in line for the throne are killed in an "accident," he has no choice but to take his place as the only surviving rightful heir.

Entirely unschooled in the art of court politics, he has no friends, no advisors, and the sure knowledge that whoever assassinated his father and brothers could make an attempt on his life at any moment.

Surrounded by sycophants eager to curry favor with the naïve new emperor, and overwhelmed by the burdens of his new life, he can trust nobody. Amid the swirl of plots to depose him, offers of arranged marriages, and the specter of the unknown conspirators who lurk in the shadows, he must quickly adjust to life as the Goblin Emperor. All the while, he is alone, and trying to find even a single friend . . . and hoping for the possibility of romance, yet also vigilant against the unseen enemies that threaten him, lest he lose his throne-or his life.

Katherine Addison's The Goblin Emperor is an exciting fantasy novel, set against the pageantry and color of a fascinating, unique world, is a memorable debut for a great new talent. 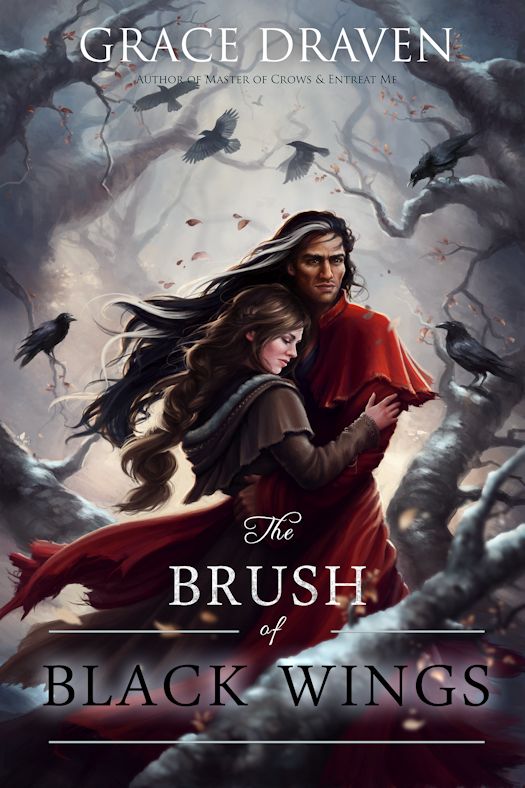 ~The novella-length sequel to MASTER OF CROWS.~

During a foray into the woods of Neith, Martise stumbles upon a ruined temple and reawakens not only a power she thought lost, but also something far more malevolent. An ancient darkness, imprisoned in an eternal cage, sees a chance at freedom in a woman once held in bondage.

Desperate to save her, the Master of Crows will break the barriers of time and worlds to challenge an entity born of forgotten magic and the remnants of souls--a demon king who once led hordes of the damned across the face of the world.

A tale of revelation and redemption.