Please welcome Stephen Aryan to The Qwillery as part of the 2015 Debut Author Challenge Interviews. Battlemage will be published on September 22nd by Orbit. 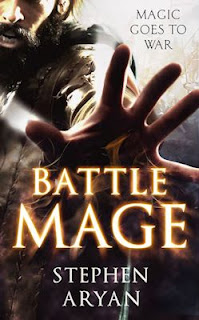 Stephen:  Mostly a plotter. There's some flex in the plan which allows me to make discoveries as I go, but I don't start writing until I know the start, middle and end at the very least. I wrote one book as a pantser and it was hideous, so never, ever, again. It just doesn't work for me.

Stephen:  Finding the energy to sit down and write after a busy day at work.

Stephen:  David Gemmell, Frank Herbert, Margaret Weis and Tracy Hickman, Terry Brooks, David Eddings, Stephen King Dean Koontz. These are just some of my favourites who also influenced me from an early age. I have so many the list could just go on and on.

Stephen:  It's a book about power and the death of magic, a world war, and the repercussions.

TQ:  Tell us something about Battlemage that is not found in the book description.

Stephen:  There is a sub plot that involves espionage that grew significantly as I wrote the book.

TQ:  What inspired you to write Battlemage?

Stephen:  It was the kind of fantasy book that I wanted to read. It mixes a lot of things together, old and new, humour and mythology, and it contains fantastical elements like overt magic and non-human races that I didn't see a lot of elsewhere.

TQ:  How does the magic system work in Battlemage?

Stephen:  All magic comes from the Source, a seemingly limitless energy well. Those born with the ability can tap into it from a very early age, but they must learn to control it otherwise accidents and death will follow. There are no potions, wands, magical staffs or spoken words needed to use magic, and gesturing isn't strictly necessary, but most Battlemages do it anyway as it helps them focus. There are also things called Talents, these can be very useful and powerful, or small and quite random. Some people may have a very minor Talent and not even realise, like always being able to tell which way is north without a compass, or it could be something more useful like seeing the dark. A Talent must be unravelled and laboriously studied before it can be taught to someone else.

TQ:  What sort of research did you do for Battlemage?

Stephen:  I read a lot of fantasy and science books for 30 years.

Stephen:  Balfruss was the easiest, because he's hungry for knowledge, restless and never satisfied, which is a bit like me. The most difficult were the non-human characters as I wanted them to feel different and new, not just elves or goblins, but with a different name.

TQ:  Which question about Battlemage do you wish someone would ask? Ask it and answer it!

Stephen:  Does the front cover have a mysterious character on it wearing a hood? No. No, it does not.

TQ:  Give us one or two of your favorite non-spoilery lines from Battlemage.

Stephen:  Books 2 and 3 in the Age of Darkness trilogy are being published next year. In addition to that I've got a couple of comic book projects in the works, but I can't give any details just yet. 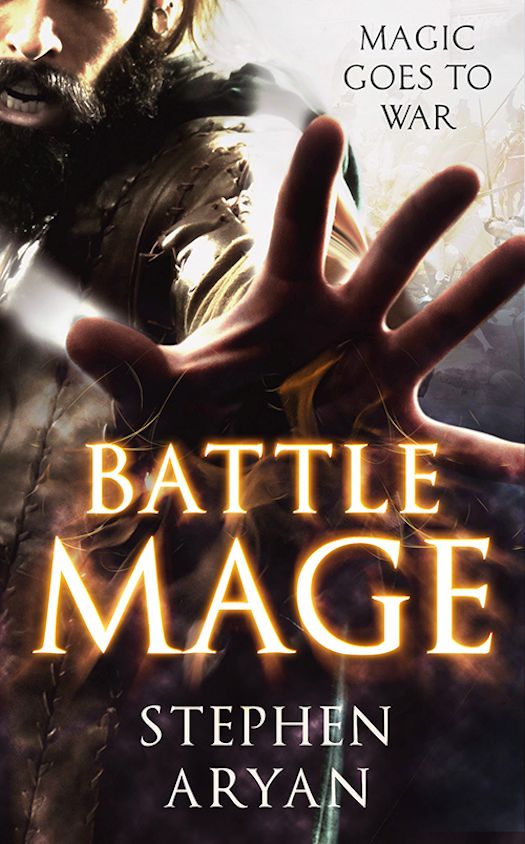 When you fight magic with magic, nothing is certain...

Balfruss is a battlemage, one of the last of a vanishing breed, sworn to fight and die for a country that fears and despises his kind.

Vargus is a soldier, and while mages shoot lightning from the walls of the city, he's down in the front lines getting blood on his blade.

Talandra is a princess and her father's spymaster, but the war may force her to take up a greater responsibility, and make the greatest sacrifice of all.

Known for their unpredictable, dangerous power, society has left battlemages untrained and shunned. But when a force unlike anything ever imagined attacks them, the few remaining are called upon to go to war -- to save those who fear them most, and herald in a new age of peace, built on the corpses of their enemies. 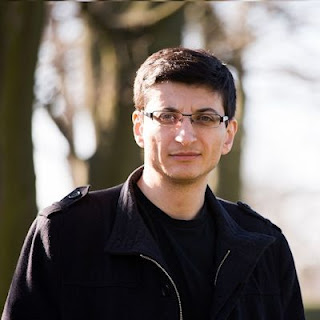 Stephen Aryan was born in 1977 and was raised by the sea in northeast England. After graduating from Loughborough University, he started working in marketing, and for some reason he hasn't stopped. A keen podcaster, lapsed gamer and budding archer, when not extolling the virtues of Babylon 5, he can be found drinking real ale and reading comics.

He lives in a village in Yorkshire with his partner and two cats.