Happy Canada Day to me! Well....for yesterday. It was Canada's 150th birthday on July 1st and I am pretty proud despite all the teasing I get from my British friends that I am from a country that is sooo young. Had I been more organised I could have told you about all the fun Canada Day activities I did but alas, I only have a couple of books to tell you about instead. So what did I read?

The two books I am going to tell you about this week have 2 things in common - 1) I received both from the publisher via NetGalley and 2) both authors have exotic names. Book 1 is A Thousand Paper Birds by Tor Udall. The story is set largely in Kew Gardens which is located in London. For those of you who don't know, Kew Gardens is a very popular and famous botanical garden located in the suburbs of London. In Udall's version of the Gardens four strangers find themselves interconnected by the death of a young woman. Jonah spends much of his time in the Garden trying to recover from the tragic loss of his wife Audrey a few months earlier. He meets Chloe, an art student who, is the antithesis of Jonah's dead wife but he is drawn to her all the same. On the periphery is Harry, one of Kew's gardeners and he is joined by Milly, a young girl who seems to spend her whole day running free in the garden. Audrey's death is the thing that brings them together and uncovering the cause of her sudden demise is event that will either bring them together or tear them apart.

I was drawn to A Thousand Paper Birds because it was set in Kew Garden which I thought would be the perfect setting for this moody 'coming together' type of story. While Udall exploited the beauty of Kew for the story I was very disappointed in the characters. I thought they were well rounded and well written but they weren't likable. Even the young Milly was the tiniest bit annoying. I felt I should feel sorry for Jonah in his bereavement and for Audrey who died too soon but I didn't. Overall, all the characters were selfish in their own ways and this distracted from the overall plot. I almost missed the big reveal which was the cause of Audrey's death, I had to re-read it and was a bit surprised by the ridiculousness of it. Overall, I felt the story was well written but I didn't like the characters so this book was a bit of a struggle to get through.

Book 2 is a complete departure from A Thousand Paper Birds. Tyrolin Puxty's Colt Harper: Esteemed Vampire Cat is the story of a group of monsters on community service. Colt Harper isn't just any old monster, he is a vampire cat inhabiting the body of a young man. Colt has been a typical vampire and killed too many and rather than having to spend his time in a purgatory that involves running Colt is sent to perform his community service taking part in community theatre. Along with a reluctant werewolf and a 'tickler' Colt believes he has entered hell itself until he meets the lovely, green-eyed theatre director Saffy. He is delighted when he learns she also fosters cats but Colt is conflicted. As a typical cat, Colt won't usually lift a paw to help another but for some reason he is drawn to the lovely Saffy and when her life is at risk Colt won't stop at anything, expect maybe a fish pie, to save her.

I love cats and as a cat lover I thought I would also love a book about cats, even a vampire cat. At first I was amused by the silliness of the esteemed vampire cat but midway through the story seemed to drag. I really struggled to drum up much interest in what happened to Colt and the rather syrupy ending didn't quite fit and neither did Puxty's self promotion in the final few chapters.


That is it for me this week. Next week it will be all about love, love love so drop by. Until then Happy Reading. 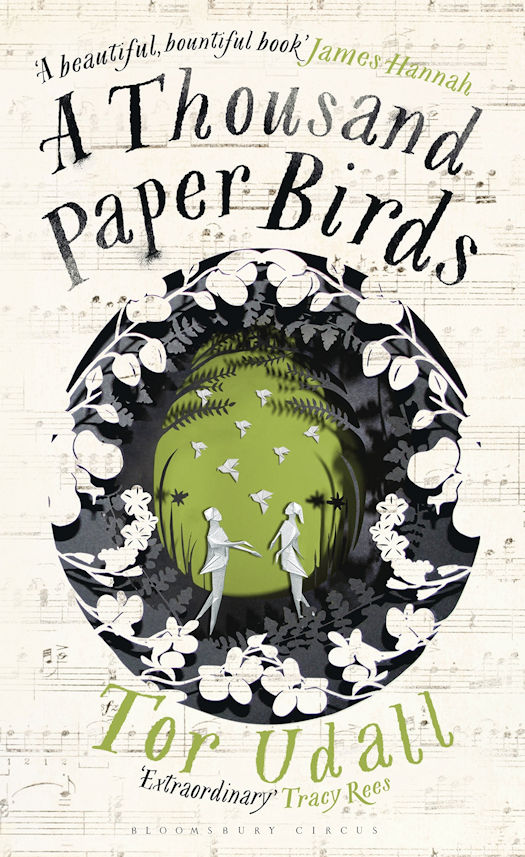 Nothing is set in stone. A bird can be refolded into a boat, a fish, a kimono, or any other extravagant vision. At other times it aches to return to its original folds. The paper begins to fray. It tires, rebels.

After the sudden death of his wife, Audrey, Jonah sits on a bench in Kew Gardens, trying to reassemble the shattered pieces of his life.

Chloe, shaven-headed and abrasive, finds solace in the origami she meticulously folds. But when she meets Jonah, her carefully constructed defenses threaten to fall.

Milly, a child quick to laugh, freely roams Kew, finding beauty everywhere she goes. But where is her mother and where does she go when the gardens are closed?

Harry's purpose is to save plants from extinction. Quiet and enigmatic, he longs for something--or someone--who will root him more firmly to the earth.

Audrey links these strangers together. As the mystery of her death unravels, the characters journey through the seasons to learn that stories, like paper, can be refolded and reformed. Haunted by songs and origami birds, this novel is a love letter to a garden and a hymn to lost things. 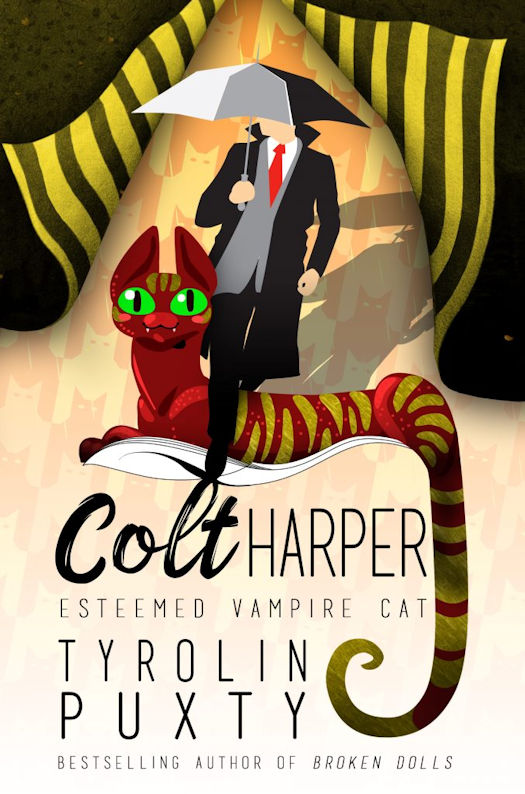 Colt Harper hates it when you pat a cat the wrong way, or when you upload their faux pas to YouTube. In fact, he’ll probably kill you for it.

As a self-proclaimed master vampire cat, Colt never imagined he’d be sent to community service at a revolting community theater. And for what? Killing humans who don’t buy the expensive brand of cat food? Talk about unfair.

Still, working with a nervous werewolf and a monster addicted to tickling wasn’t on his to-do list.

What’s worse, is he’s falling for a human. Sure, she has green eyes. Sure, she fosters stray cats. But she’s still a disgusting human.

So why is he risking his own life to save her from the chasers?