Please welcome Linnea Hartsuyker to The Qwillery as part of the of the 2017 Debut Author Challenge Guest Blogs. The Half-Drowned King will be published on August 1st by Harper. 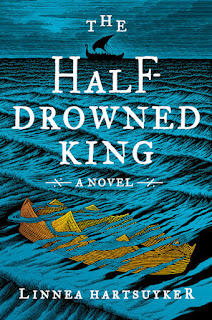 Some of my favorite Genre-Bending Historical Fantasy Novels

I’ve always loved historical fiction and fantasy, and some of my favorite books mix the two genres. The first book that made me want to be an author was The Mists of Avalon by Marion Zimmer Bradley, which retells the Arthurian Legends from the points of view of Morgan le Fay and Guinevere. Here are some stand-outs from the last thirty years from a genre that inspired me when writing The Half-Drowned King.


The Firebrand by Marion Zimmer Bradley

The Mists of Avalon is better known, but The Firebrand, Bradley’s retelling of The Illiad, from the point of view the prophet Kassandra, condemned by Apollo to be disbelieved as she predicts Troy’s doom, is my favorite of her novels. Bradley frames the Trojan War as both a political conflict between Troy and the Greeks, as well as a conflict between the Greek gods with which we are familiar, and the older goddess-centric worship of the Anatolian peninsula. The gods intervene literally, as they do in Homer’s version, but the story is also grounded in the archeology of the time, painting a vivid picture of Ancient Troy and the surrounding kingdoms, replete with details of sandals and chariots, rituals and feasts.


The Golem and the Jinni by Helene Wecker

Just as in Men in Black, aliens hide among the strangeness and vast numbers of people and cultures in New York City, so does the melting pot of nineteenth century New York hide magical creatures in The Golem and the Jinni. It is a slow moving and engrossing tale of these two creatures, a female golem freed from her masters who finds the world’s infinite choices, and her attunement to human’s desires, daunting, and a Jinni who chafes at any strictures. This book does a beautiful job evoking nineteenth century New York and the Jewish and Syrian communities that formed their own little worlds within the huge city.

Finn MacCool was a legendary Irish warrior, or perhaps giant. I grew up with a picture book about Finn’s trickster wife running off a much bigger giant who wanted to do Finn harm. When I read Llywelyn’s Finn MacCool as a teenager, I discovered a much different version, a Bronze-Age Irish warrior trying to rise above his uncertain birth, falling in love with a fairy woman, and in his middle age, weathering the loss of a young wife and his pride. This book evokes the strange customs of Bronze-Age Ireland, and gives Finn a wonderful supporting cast of brother warriors whose stories are as compelling as his.

Fantasy and horror have always been kissing cousins, and in Lovecraft Country Matt Ruff explores the more fantastical side of Lovecraft, while also delving into the precarious, dangerous position occupied by a black family in Jim Crow era US. Ruff uses the more fantastical elements of the Lovecraft mythos to tell this story, and in his hands, Lovecraft’s obsessions with blood and contagions are used to illuminate the horrors of racism. Still, this book is not relentlessly bleak. The characters approach the weird situations they encounter with a gallows humor, and cleverly outwit their antagonists, making it an enjoyable and thoughtful read.


The Song of Achilles by Madeline Miller

Another take on The Illiad, this time focusing on a romance between Achilles and Patroclus, strained when Achilles is overcome with the madness of battle, moving further and further from the gentle Patroclus. This novel invents Patroclus’s upbringing in the court of his father and later with the centaur Chiron. A more intimate novel than The Firebrand, The Song of Achilles deals with the Trojan War’s impact on one couple, and shows how harmful violence is even to its perpetrators.


The Flower Reader by Elizabeth Loupas

On the surface, the plot of The Flower Reader seems as though it would be at home in a Phillippa Gregory book, but it approaches the story differently because the heroine, Rinette, can tell the future from flowers. It is a charming device that provides some of the most compelling scenes in the novel and makes it easy to believe in its reality in this novel’s world. When Rinette’s husband is murdered she comes into possession of a casket that contains documents her enemies will kill for. She uses her talent and her cleverness to outwit her more obvious enemies and those who would use her affections against her.


The Mabinogion Tetralogy by Evangeline Walton

Predating The Mists of Avalon by almost 50 years, The Mabinogion Tetralogy by Evangeline Walton is a set of four books that re-tell the Mabinogion, the Welsh creation legends, and mythological underpinnings of the Arthurian legend. Fans of Lloyd Alexander’s Chronicles of Prydain will recognize re-workings of his source material in these books, with Prince Arawn of Annwyn, who is no villain here, and the hero Gwydion and his brothers, who are not nearly as noble in the original mythology or Walton’s retelling of it. Walton’s sparse prose suits the legends, and paints vivid characters, like Prince Pwyll, a haughty young man who loves hunting above all, and because of his single minded pursuit of his prey has to spend a year in the land of the dead. These books are as fresh and strange today as when they were first written in the 1930s and 40s. 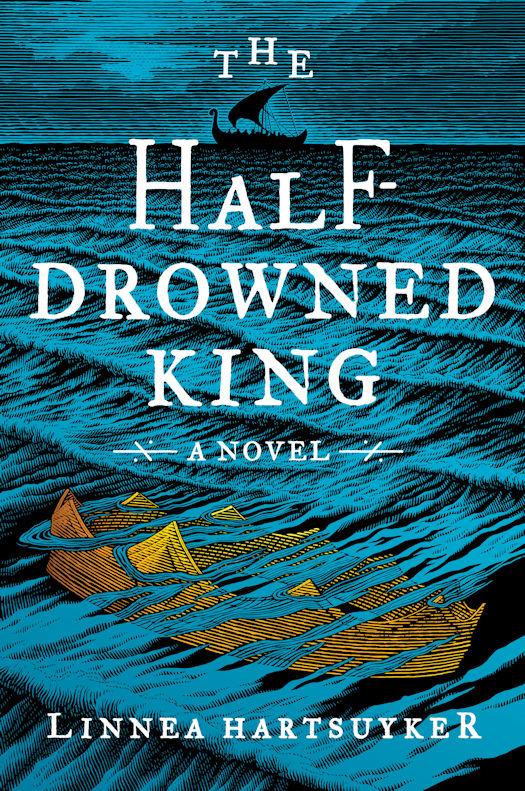 "Lovers of epic rejoice! Hartsuyker illuminates these old stories with authority and visceral detail, bringing to life the adventure, bleak beauty, and human struggle that lie at their heart. A vivid and gripping read." —Madeline Miller, bestselling author of The Song of Achilles

"Linnea Hartsuyker brings myth and legend roaring to life in this superbly good page-turning saga of Viking-era Norway. Hartsuyker is fearless as she navigates a harsh, exacting, and hair-raising world, with icy fjords and raiding seasons and ancient blood feuds. But the book’s fiercest magic shines in the characters of Ragnvald and Svanhild, as unforgettable a brother and sister duo as I can remember in recent literature. Linnea Hartsuyker is an exciting, original voice in historical fiction, and The Half-Drowned King is nothing short of mesmerizing."—Paula McLain, bestselling author of The Paris Wife and Circling the Sun

An exhilarating saga of the Vikings that conjures a brutal, superstitious, and thrilling ninth-century world and the birth of a kingdom—the debut installment in a historical literary trilogy that combines the bold imagination and sweeping narrative power of Game of Thrones, Vikings, and Outlander.
Centuries ago, in a blood-soaked land ruled by legendary gods and warring men, a prophecy foretold of a high king who would come to reign over all of the north. . . .

Ragnvald Eysteinsson, the son and grandson of kings, grew up believing that he would one day take his dead father’s place as chief of his family’s lands. But, sailing home from a raiding trip to Ireland, the young warrior is betrayed and left for dead by men in the pay of his greedy stepfather, Olaf. Rescued by a fisherman, Ragnvald is determined to have revenge for his stepfather’s betrayal, claim his birthright and the woman he loves, and rescue his beloved sister Svanhild. Opportunity may lie with Harald of Vestfold, the strong young Norse warrior rumored to be the prophesied king. Ragnvald pledges his sword to King Harald, a choice that will hold enormous consequence in the years to come.

While Ragnvald’s duty is to fight—and even die—for his honor, Svanhild must make an advantageous marriage, though her adventurous spirit yearns to see the world. Her stepfather, Olaf, has arranged a husband for her—a hard old man she neither loves nor desires. When the chance to escape Olaf’s cruelty comes at the hands of her brother’s arch rival, the shrewd young woman is forced to make a heartbreaking choice: family or freedom.

Set in a mystical and violent world defined by honor, loyalty, deceit, passion, and courage, The Half-Drowned King is an electrifying adventure that breathtakingly illuminates the Viking world and the birth of Scandinavia. 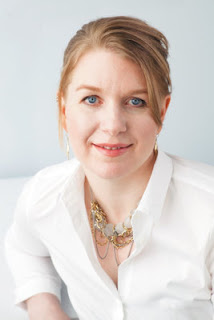 Linnea Hartsuyker grew up in the middle of the woods outside Ithaca, New York, and studied Engineering at Cornell University. After a decade of working at internet startups, and writing in her spare time, she attended NYU and received an MFA in Creative Writing. She lives in New York City with her husband.