SUN BAKERY Out in Paperback in August

Fan-favorite cartoonist Corey “Reyyy” Lewis will collect the first arc of his one-man comics anthology SUN BAKERY in paperback, as well as launch a new story arc, this August.

Two new series kick off in this new arc: Soul of Sharknife, the long-awaited return of indie comics superhero Sharknife in a brand-new adventure; and Freeze, a fantastical breakdancing battle. Plus, Bat Rider continues his supernatural skateboarding adventure, and more micro comics abound in SUN BAKERY #5.

“With SUN BAKERY #5, we're starting a brand-new arc centering around my main Sharknife character,” said Lewis. “It's going to be quite unique. Unlike anything currently out there in comics.” 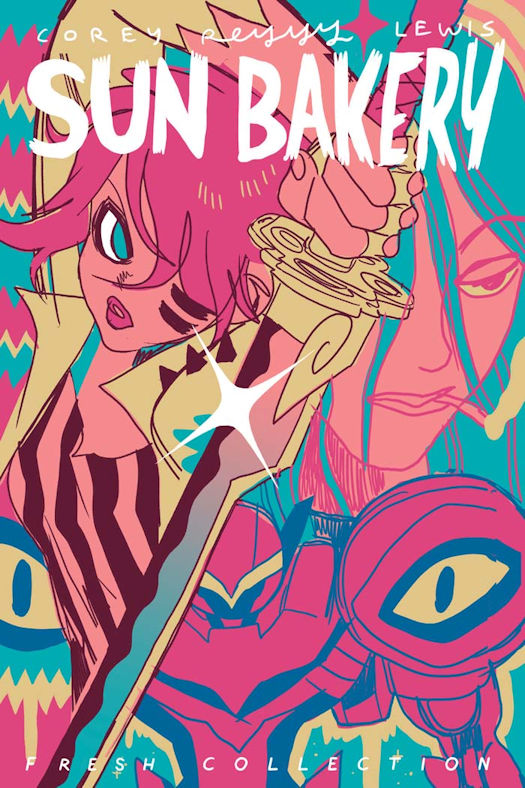 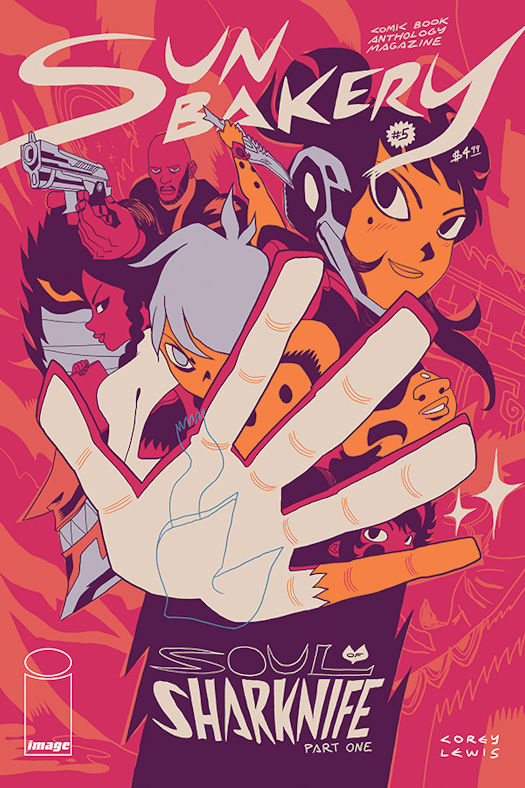 ABOUT IMAGE COMICS
Image Comics is a comic book and graphic novel publisher founded in 1992 by a collective of bestselling artists. Image has since gone on to become one of the largest comics publishers in the United States. Image currently has five partners: Robert Kirkman, Erik Larsen, Todd McFarlane, Marc Silvestri, and Jim Valentino. It consists of five major houses: Todd McFarlane Productions, Top Cow Productions, Shadowline Comics, Skybound Entertainment, and Image Central. Image publishes comics and graphic novels in nearly every genre, sub-genre, and style imaginable. It offers science fiction, fantasy, romance, horror, crime fiction, historical fiction, humor and more by the finest artists and writers working in the medium today. For more information, visit www.imagecomics.com.
Posted by Qwill at 8:16 AM