PORTLAND, OR, 07/18/2017 — Image Comics is pleased to reveal the ratio of rarity (are you feelin' lucky?) of the variants that fans have a chance of receiving enclosed in their IMAGE COMICS 25TH ANNIVERSARY BLIND BOX.

Each IMAGE COMICS 25TH ANNIVERSARY BLIND BOX will contain an assortment of 25 polybagged comics drawing from a selection of six different limited edition variants of the 17 all-new 2017 series that are only available within this box. Each comic will be bagged in opaque black poly to keep every comic a surprise.

Each box could include randomized variants of the following series’ debut issues:

Each of the 17 series has six variants. With the inclusions of THE WALKING DEAD: HERE’S NEGAN limited edition variant, there are 103 total possible variants included across all 1,992 boxes. Those wanting to complete the full set have quite the challenge facing them. Given that there are only 25 comics per box, fans will need more than one box to collect them all, and some could have pretty rare odds. Below are the known individual odds for each of the 17 titles six variants.

And the following is a list of the randomized variants of the series with the likelihood of getting them in your box’s mix:

Image Comics is printing 1,992 blind boxes in commemoration of the company’s founding year in 1992. The IMAGE COMICS 25th ANNIVERSARY BLIND BOX will be available in comic stores on Wednesday, July 19th. 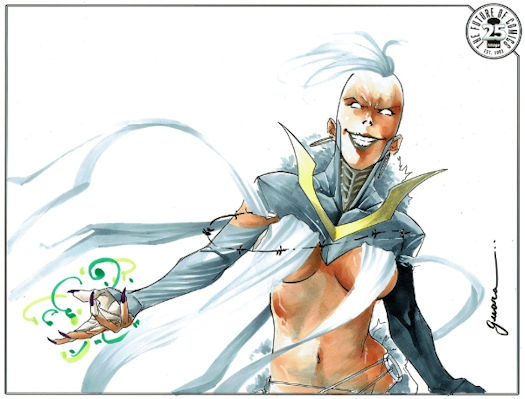 One of the rare Ig Guara ROSE #1 sketch covers that could appear in your BLIND BOX. 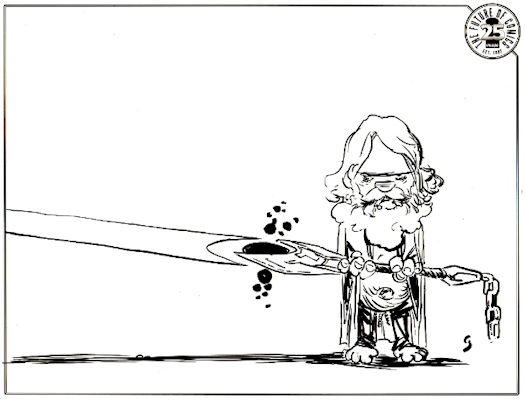 One of the rare Geoff Shaw GOD COUNTRY #1 sketch covers that could appear in the
BLIND BOX. 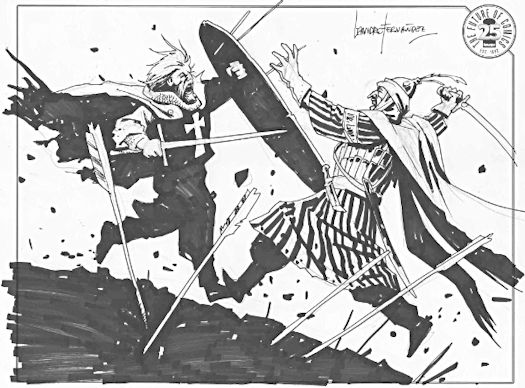 One of the rare Leandro Fernandez OLD GUARD #1 sketch covers that could appear in the
BLIND BOX.
ABOUT IMAGE COMICS
Image Comics is a comic book and graphic novel publisher founded in 1992 by a collective of bestselling artists. Image has since gone on to become one of the largest comics publishers in the United States. Image currently has five partners: Robert Kirkman, Erik Larsen, Todd McFarlane, Marc Silvestri, and Jim Valentino. It consists of five major houses: Todd McFarlane Productions, Top Cow Productions, Shadowline Comics, Skybound Entertainment, and Image Central. Image publishes comics and graphic novels in nearly every genre, sub-genre, and style imaginable. It offers science fiction, fantasy, romance, horror, crime fiction, historical fiction, humor and more by the finest artists and writers working in the medium today. For more information, visit www.imagecomics.com.
Posted by Qwill at 7:36 AM