Interview with Jennie Melamed, author of Gather the Daughters


Please welcome Jennie Melamed to The Qwillery as part of the of the 2017 Debut Author Challenge Interviews. Gather the Daughters was published on July 25th by Little, Brown and Company. 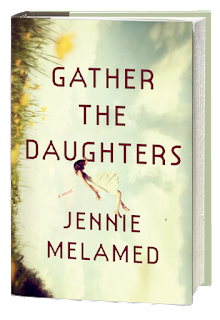 Jennie:  I’ve been writing as far back as I can remember. I don’t know exactly why I do it, just that not writing isn’t an option for me. I go through periods when I’m writing less, or even not at all, but I always return to it. Gather the Daughters, though, was the first piece where I really persevered trying to get it published.

Jennie:  I’d say 70% pantser, 30% plotter. I often know in my head what’s going to happen in terms of broad strokes, but then my characters will run off and do something completely different than I was planning for them. I’m often surprised by what happens when I sit down and write.

Jennie:  Finding the time. I wrote Gather the Daughters while going to graduate school and working- it was a challenge! Even now, when I only work four days a week, sometimes my three days off fly by as I take care of normal human business, and I can only get an hour or so in of writing. It’s frustrating.

Jennie:  I read constantly, and I read very quickly. I’ve found that if I stop reading, I actually get depressed in a week or two. I go through phases in what I read- my last was a Victorian literature phase that lasted a year or two. Everything I read influences my writing in some way.

My work also influences my writing. I work with children as a psychiatric nurse practitioner, and I can’t begin to describe some of the chaos and trauma that I witness. I find it comes out in my work, to the point where my agent and editor have to remind me to please lighten up a little bit!

TQ:  Describe Gather the Daughters in 140 characters or less.

Jennie:  A novel about the daughters of a post-apocalyptic cult at the end of the world.

TQ:  Tell us something about Gather the Daughters that is not found in the book description.

Jennie:  Gather the Daughters is, in part, a love story. Most people miss it, and so I probably made it too subtle, but two of the main characters are in love and in another world could live happily ever after.

TQ:  What inspired you to write Gather the Daughters? What appealed to you about writing a novel with a post-apocalyptic setting?

Jennie:  I can’t go into depth without revealing spoilers, but the idea of Gather the Daughters came to me when I was about eighteen, after listening to so many of my friends reveal child abuse in the their past. I began wondering what it would mean for abuse to be encoded into a culture.

When I was a child, I had post-apocalyptic daydreams all the time. Vanessa’s guilt over her own depicts what I consider to be a fairly common child fantasy- that you are the only one left in all the world, and can do whatever you want. I am fascinated by end-of-the-world scenarios in general. I’m not sure exactly what that says about my personality.

TQ:  What sort of research did you do for Gather the Daughters?

Jennie:  I didn’t do any specifically for Gather the Daughters, but research I did in graduate school made its way into the book. I did some anthropological and sociological investigation into child abuse in other cultures, as well as studying perpetrators of child abuse. It definitely affected what I wrote.

TQ:  Please tell us about the cover for Gather the Daughters.

Jennie:  The US cover came first. I fell in love with it as soon as I saw it. There is a girl with her eyes closed in a white dress, falling, with the ground vertical instead of horizontal. To me, it depicts the theme of the novel, not any particular scene. The UK cover came next and has the roses, thorns, and mosquitoes, which I think wonderfully contrasts the beauty of the island with the wildness and cruelty it contains.

TQ:  In Gather the Daughters who was the easiest character to write and why? The hardest and why?

Jennie:  Vanessa was definitely the easiest; she is a smart girl who reads a lot and tries to please her father, just like I was as a child, although she’s definitely more popular than I was!
Janey was probably the hardest, simply because the first drafts did not have Janey as one of the main characters- Janey’s story was told from Mary’s point of view. Eventually my editor suggested that I switch to having Janey’s point of view instead, and it wasn’t too difficult, but I felt a sense of loss leaving Mary’s narrative behind. I have a huge soft spot for Mary, and I think she’s a less complex character with Janey running the narrative. That said, it was definitely the right decision.

TQ:  How does isolating the characters on an island affect how they deal with social issues?

Jennie:  There is no point of reference. I think we see this in isolated cultures worldwide, although the number of societies this isolated is shrinking. People live in ways we find wrong or even abhorrent, but they have no way to see that it can be different. Or perhaps someone in power knows it can be different, but chooses to withhold this information, for a variety of reasons. I’m not exempting ourselves from this, I’m often amazed at what a product of culture we are, all of us. That’s part of why I think universal child education is so important, just the ability to think critically and question what we do every day is invaluable.

TQ:  Which question about Gather the Daughters do you wish someone would ask? Ask it and answer it!

Q: Why did you write such a disturbing book?

A: To me, Gather the Daughters deals with types of violence that happen all the time, under our noses, and unless one has a way to be exposed to it, it happens hidden and unseen. Violence towards children has been happening since there were children, as far as I can tell, simply because children are vulnerable, and there are those who are drawn to abuse the vulnerable. I guess in short, I have a disturbing take on humankind in general. I think we are overall selfish creatures, and sometimes that selfishness leaps over a boundary to translate into the oppression of others. And I think we are so good at fooling ourselves that the majority of those who oppress others feel their actions are right and good. I don’t mean to say that people can’t be kind, altruistic, or compassionate. But I think those attributes often have to be taught and nurtured, whereas the darker instincts arise and have a strength all their own.

TQ:  Give us one or two of your favorite non-spoilery quotes from Gather the Daughters.

“She discovers that grief is a liquid. It passes thickly down her throat as she drinks water and pools soggily around her food. It flows through her veins, dark and heavy, and fills the cavities of her bones until they weigh so much she can barely lift her head. It coats her skin like a slick of fat, moving and swirling over her eyes, turning their clear surfaces to dull gray. At night, it rises up from the floor silently until she feels it seep into the bedclothes, lick at her heels and elbows and throat, thrust upward like a rising tide that will drown her in sorrow.”

Jennie:  I am at the very beginning of a work that is related to Gather the Daughters. I can’t promise it will flourish into anything, but I really like what I have so far. That’s all I’m going to say! 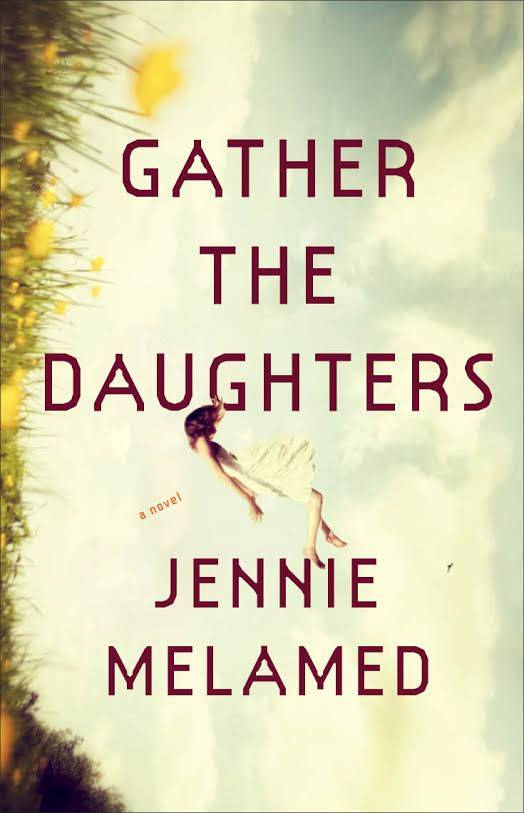 NEVER LET ME GO meets THE GIVER in this haunting debut about a cult on an isolated island, where nothing is as it seems.

Years ago, just before the country was incinerated to wasteland, ten men and their families colonized an island off the coast. They built a radical society of ancestor worship, controlled breeding, and the strict rationing of knowledge and history. Only the Wanderers--chosen male descendants of the original ten--are allowed to cross to the wastelands, where they scavenge for detritus among the still-smoldering fires.

The daughters of these men are wives-in-training. At the first sign of puberty, they face their Summer of Fruition, a ritualistic season that drags them from adolescence to matrimony. They have children, who have children, and when they are no longer useful, they take their final draught and die. But in the summer, the younger children reign supreme. With the adults indoors and the pubescent in Fruition, the children live wildly--they fight over food and shelter, free of their fathers' hands and their mothers' despair. And it is at the end of one summer that little Caitlin Jacob sees something so horrifying, so contradictory to the laws of the island, that she must share it with the others.

Born leader Janey Solomon steps up to seek the truth. At seventeen years old, Janey is so unwilling to become a woman, she is slowly starving herself to death. Trying urgently now to unravel the mysteries of the island and what lies beyond, before her own demise, she attempts to lead an uprising of the girls that may be their undoing.

GATHER THE DAUGHTERS is a smoldering debut; dark and energetic, compulsively readable, Melamed's novel announces her as an unforgettable new voice in fiction. 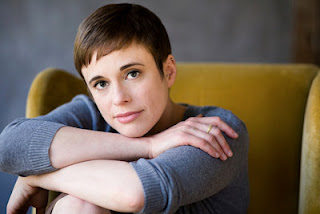 Jennie Melamed is a psychiatric nurse practitioner who specializes in working with traumatized children. During her doctoral work at the University of Washington, she investigated anthropological, biological, and cultural aspects of child sexual abuse. Jennie lives in Seattle with her husband and their two dogs.