Sorry for missing last week. I was a bit behind schedule on quite a few things including the books I had planned on reading. But here I am with 2 books to tell you about.

I didn't think it was possible for Heide Goody and Iain Grant to get any funnier but they do. Beelzebelle - book 5 of the Clovenhoof series - is 100% crazy and 150% hilarious.

In this installment Jeremy ends up with a baby...well not his baby but after a series of ridiculous events he ends up taking care of baby Bea who is quickly renames Beelzebelle. When baby Belle won't stop crying Jeremy calls SCUM - not quite what you think - Sutton Coldfield Union of Mums with what he describes as a 'five boob emergency'. Somehow Jeremy is quite popular with the members of SCUM and when they protest against the local new church kicking them out of their hall for breast feeding it's up to Jeremy to fight for the cause. While Jeremy finds his feet (or in his case hooves) being a dad Michael is busy working for the leader of the aforementioned new church creating apps and basically missing the fact that his new boss isn't a very nice guy. Nerys and Ben are back and feature heavily in the plot especially after Clovenhoof destroys their block of flats and gets them kicked out. All these minor plots threads come together into one hilariously, crazy resolution. I dare you not to laugh all your way through.

I didn't think it was possible to laugh more during a book but I thought I was going to need surgery from busting my guts in nearly every chapter. From chesticles to lady cushions Goody and Grant just keep the laughs coming page after page.

Read number 2 is a gaslamp fantasy novella Brothers Ruin by Emma Newman. This is the first in Newman's Industrial Magic series. Set in a England in the 1850s where children who show magical talent are sold by their family to the Royal Society who use them as an elite force to protect the country. Charlotte is satisfied with her life as an book illustrator waiting to marry her plain but stable fiance. When Charlotte's brother comes to the attention of the Royal Society Charlotte knows she must do something. Charlotte's brother is not a magical talent but she is. In order to save him she combines her magic with his. When she discovers Doctor Ledbetter's evil plot she knows she must act and act quickly to save her family.

If you are looking for a quick read then look no further. I think that Brother's Ruin took only 2-3 hours to read cover to cover. I call this is a 2 commute book. My commute to work gives me about an hour of concentrated reading time and I had this book read in less than 3 trips to work. While it was quick to read I think that Newman left out too much detail and I felt that both Charlotte and the nefarious plot were a bit one dimensional. I was quite disappointed in this first instalment of the series. As with Newman's Split Worlds series the relationships between characters rely heavily on class structure and it takes the plucky but not very high class heroine to save the day. Worth a read if you want a story that isn't going to challenge you and doesn't take ages to read.


That's it for me. The next time you hear from me it will be April! Until then Happy Reading! 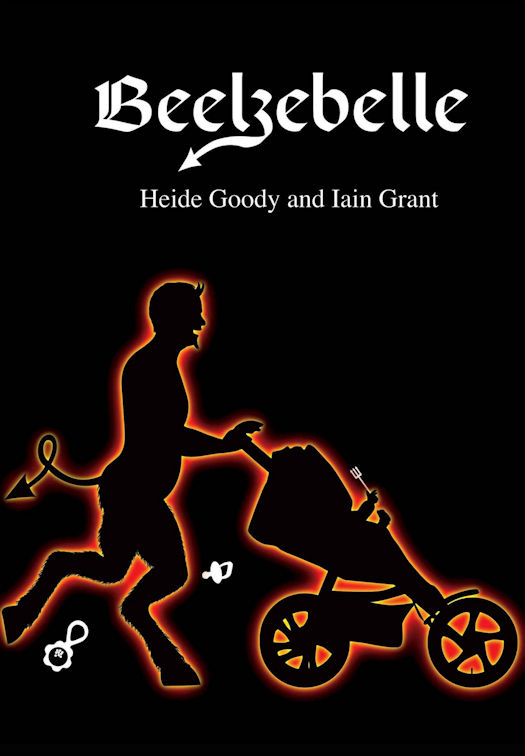 To the devil a daughter!

Parenthood can come as a shock to some. It’s especially shocking if you are Satan, the Prince of Hell, and are trying to live a quiet life of semi-retirement in suburban England under the name of Jeremy Clovenhoof.

Clovenhoof quickly finds that being a single parent involves more than lullabies and nappies and has to contend with social disapproval, paternity tests and, possibly, the end of the world. 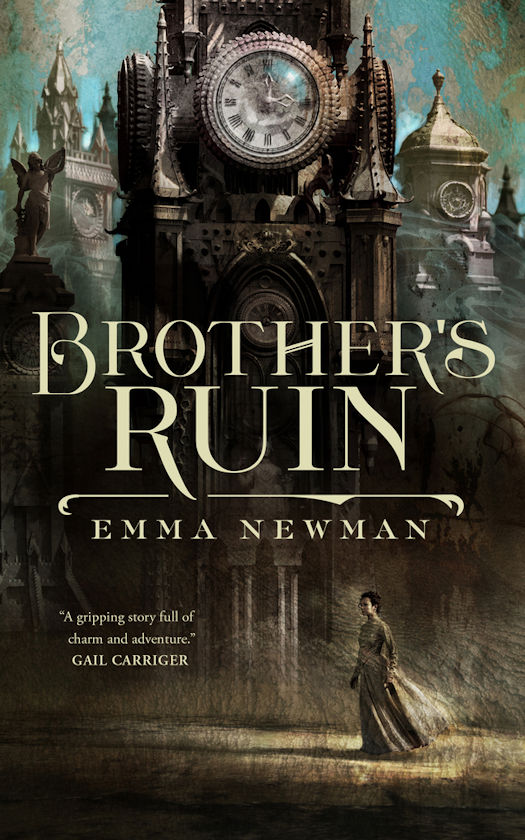 The year is 1850 and Great Britain is flourishing, thanks to the Royal Society of the Esoteric Arts. When a new mage is discovered, Royal Society elites descend like buzzards to snatch up a new apprentice. Talented mages are bought from their families at a tremendous price, while weak mages are snapped up for a pittance. For a lower middle class family like the Gunns, the loss of a son can be disastrous, so when seemingly magical incidents begin cropping up at home, they fear for their Ben's life and their own livelihoods.

But Benjamin Gunn isn't a talented mage. His sister Charlotte is, and to prevent her brother from being imprisoned for false reporting she combines her powers with his to make him seem a better prospect.

When she discovers a nefarious plot by the sinister Doctor Ledbetter, Charlotte must use all her cunning and guile to protect her family, her secret and her city.

Brother's Ruin is the first in a new gaslamp fantasy series by Emma Newman.