Please welcome Mallory Hill to The Qwillery as part of the 2017 Debut Author Challenge Interviews. Terminal Regression was published on January 17th by Story Plant. 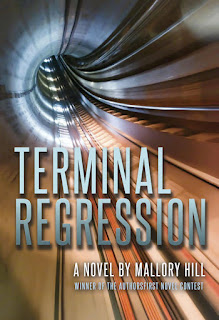 Mallory:  I started writing when I was fourteen just for fun. It was entertaining for me, and I picked it up as a habit fairly quickly. I’d always liked reading, and I wanted to create more books in the particular genres and styles I most enjoyed so that I’d have more reading material.

Mallory:  I’m pretty sure I’m a hybrid. Most of the time I’ll map out the general idea for something I want to write just so I know where I’m headed, but then I get carried away with things and it sort of takes on a life of its own. I definitely think there’s merit in both methods.

Mallory:  For me, it’s critiques. Editing Terminal Regression was so incredibly stressful for me because I felt like I was dissecting my child. You put so much of yourself into a book, and you want it to be absolutely perfect the first time which is unrealistic. I don’t have much trouble coming up with ideas or with the actual writing process, it’s what comes after that’s most challenging.

Mallory:  I have some really weird and vivid dreams. Most of the settings for what I write come from dreams, and sometimes I’ll use the setting to establish a whole plot. I also get influenced by life and the things I actually feel and experience. I think writing is a good way to get emotions out, and I also think drawing from real life makes stories and characters more relatable.

Mallory:  Laura takes the train hoping for the worst, but a lost community of troubled souls shows her a light at the end of the tunnel.
(Wow, that was tough. I’ve never tweeted before)

TQ:  Tell us something about Terminal Regression that is not found in the book description.

Mallory:  It’s a book about suicide, but it’s really not that depressing. There are light moments, happy moments, I even threw in multiple love stories. It’s definitely going to have some dark and serious themes, but I really tried to balance out the dark with the light.

TQ:  What inspired you to write Terminal Regression? What appeals to you about writing Science Fiction?

Mallory:  Terminal Regression is more or less a personal story I wrote during a not so great period in my life. It’s entirely fictional, but the inspiration for writing a depressed protagonist came from me being sad and wanting to see a sad girl play the hero. I think science fiction is a really unique genre in that you get to have so much freedom with the world the story’s set in. There are a lot more possibilities in a world that doesn’t really exist, so you get to play out any scenario imaginable and still maintain credibility. I also think it displaces reality just enough that you can talk about more difficult subjects without it hitting so close to home it becomes uncomfortable.

TQ:  What sort of research did you do for Terminal Regression?

Mallory:  Far too little. This whole process was just a drawn out gut feeling. It’s not a very science-y science fiction book, it just takes place in an alternate reality somewhere in the distant future. So there wasn’t much I felt I needed to research before diving into it.

Mallory:  The cover is pretty simple. It depicts a train tunnel, which doesn’t really reveal too much about the plot other than it’s centered around a train. It’s a sharp, high contrast image, which I think illustrates the dystopian theme and that there’s a high stakes sort of situation going on. And the colors are bright, which hopefully makes it engaging and gives the reader a sense of hope even with the dark plot.

TQ:  In Terminal Regression who was the easiest character to write and why? The hardest and why?

Mallory:  Laura was the easiest to write because I based quite a bit of her personality on myself. A lot of her dialogue consists of things I would actually say or that I’d like to say if I were a little bit braver. We’re around the same age too, so I didn’t feel like I had to go out of my way to find her perspective on things. The hardest character to write was probably Laura’s boss Grant. He’s a pretty complex character. He’s an authority figure but also physically disabled in addition to having attempted suicide, so there’s a fair amount of vulnerability there too. What was so challenging with him was trying to keep him strong and hopeful when he probably had the most reason of any of them to want to give up.

Mallory:  I chose to include mental illness in this book because I think it’s startlingly relevant in today’s society. There are a lot of stigmas, and that makes people shy away from the subject and makes those who are suffering feel even more alienated. I didn’t want to write the book this way. In my earliest notes, I tried to keep the suicide motif tucked down under the surface but it just kept rising up. It was something that I personally needed to deal with, so I let it come out and hopefully help other people with similar struggles.

TQ:  Which question about Terminal Regression do you wish someone would ask? Ask it and answer it!

Mallory:  I’d like someone to ask about the train. I’ve sort of been asking myself why make the journey to death take place on a train rather than bus or a plane or a ferryboat across a river of souls. I think trains are timeless. They sort of lend themselves to the futuristic genre because we have this sense that they’re a mode of transportation that could plausibly endure for a couple centuries. It also helps that the train is kind of like a subway because being underground during the journey reinforces the mystery while keeping with the underground concept of graves and the underworld. I also like it for the puns. End of the line, being on/off track, a derailed train of thought, train wreck, the light at the end of the tunnel, terminal. It’s just sort of fun.

TQ:  Give us one or two of your favorite non-spoilery quotes from Terminal Regression.

“People always say to be strong, as if strength and our capacity for it were something within our control.”

“’I’m a suicide,’ I said, choking a little as it came out. That word tasted like fire, like hell itself rising up to devour me from within.”

Mallory:  Professionally, I’m not sure what I’m going to do now. I write nonstop, so I have no less than 43 other books already on my shelves and at least two more still in my head. I only ever share the really special ones with an audience, and it very well might take me another 43 books to find another one I like enough to publish. For now I’m just focusing on finishing school and getting my life sorted out. 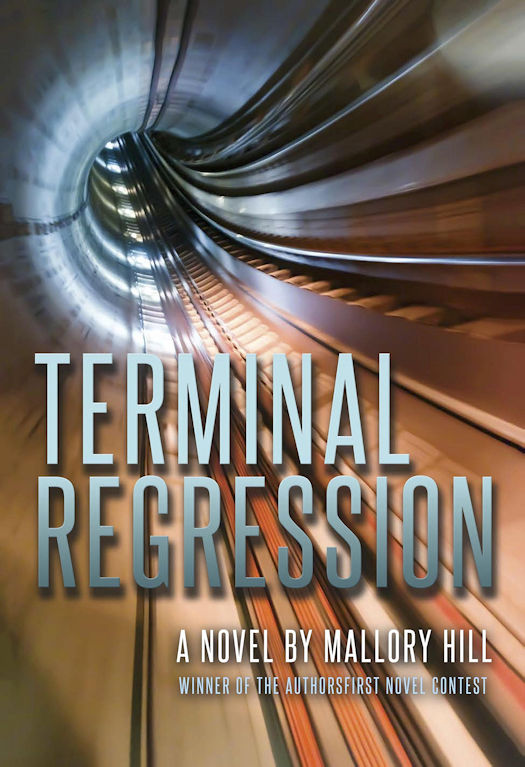 Laura Baily's life is meaningless. In a world where purpose and passion are everything, Laura feels as though she has no place and no business even existing. Her life is forfeit, and it would be better for everyone if she simply ended it, if she simply got a ticket for a train to oblivion and faded from memory.

But what awaits her at the end of the line isn't death but Terminal B – a community of people more like her than she considered possible, including the beautiful, tormented Will Noble. Though Laura still thinks little of her own life, the lives of others begin to fascinate her as never before. And when those lives become imperiled, Laura discovers the last thing she ever expected to find on her way out of the world: a mission and a reason to live.

Compelling on both a human and global scale, TERMINAL REGRESSION is a novel of rare power and humanity. It is the story of a tomorrow that teeters on the edge of utopia and dystopia and a resigned outsider who might just change it forever. 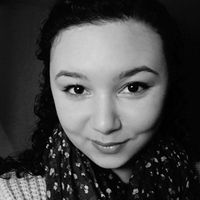 Mallory Hill is an anthropology student at Indiana University. She began writing books at fourteen and hasn’t stopped since. After a long and trying battle with her social ineptitude, she finally decided to transition from a hobby writer to an actual novelist. In addition to writing, Mallory also enjoys singing and musical theatre. Mallory lives in northern Indiana with her parents and four siblings. Terminal Regression is her first novel.