Interview with Joseph Helmreich, author of The Return


Please welcome Joseph Helmreich to The Qwillery as part of the 2017 Debut Author Challenge Interviews. The Return was published on March 14th by Thomas Dunne Books. 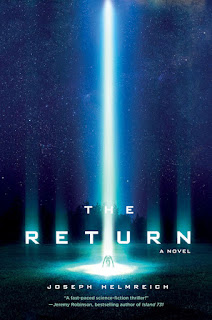 Joseph:  As a child, I always loved writing my own books by hand, drawing the pictures and then stapling the pages together. When I got older, I was mainly interested in trying to write screenplays. Eventually, a psychologist and author named Paul Marcus approached me about co-authoring a book based on some of his cases and in working on that project, I realized just how much I loved writing prose.

Joseph:  I'd say for this project, I was more of a plotter because the structure of the story is a bit complicated and I needed everything to fit together. But there are writers I admire who dive into their projects with no idea where they're going and I think that's extremely exciting (if also terrifying) and I'd love to write something that way.

Joseph:  I think it's always a challenge to find the core or "soul" of your story and not let that slip away. Writing a novel can take a long time and it's important that you don't lose focus on what you're story is really about, though you don't want to be rigid, either. It's a delicate balance.

TQ:  What has influenced / influences your writing? How does being a musician influence or not your novel writing?

Joseph:  As with many writers, my writing is heavily influenced by whatever I've just read or am reading. But in the case of this novel, the music I was listening to also played a very big role. There was one Arcade Fire song called "Tunnels" that served as the backdrop to a scene in my mind and there was a Joseph Arthur song called "Wait For Your Lights" that impacted the plot and there were an Okkervil River record that helped me get to the heart of my story. Music can function for the writer a lot like a movie soundtrack or score functions for an audience, helping you feel the story on a deeper level. As for being a musician, I'm not sure it impacts my writing, but the creative process is definitely similar for both mediums.

TQ:  Describe The Return in 140 characters or less.

Joseph:  The Return is about a physicist who gets abducted by an alien ship during a live TV broadcast and then returns and denies it ever happened.

TQ:  Tell us something about The Return that is not found in the book description.

Joseph:  A big chunk of the book takes place in Alicante, Spain.

TQ:  What inspired you to write The Return? Why blend Science Fiction and Thriller?

Joseph:  I was very intrigued by the idea of a public alien abduction that no one could deny and what that would mean for the world. In terms of combining sci and thriller, my creative impulses have always leaned towards sci fi and fantasy, but I love the pacing, plot twists and cliffhangers of thrillers and really wanted to replicate the feeling I get when I read those kinds of books.

TQ:  What sort of research did you do for The Return?

Joseph:  My writing process for this book was very much a rejection of "write what you know" and I had to learn a lot of material (particularly about theoretical physics) from virtually scratch. The research process involved lots of articles, maps, academic papers and discussions with people far smarter and more knowledgeable than myself on everything from quantum mechanics to proper military terminology to when Texans say "y'all" and when they say "all y'all."

TQ:  Please tell us about The Return's cover.

Joseph:  The cover was designed by David Curtis and I think it's perfect for the story. As to whether the image depicted there relates literally to any particular event in the book, I think that's up for interpretation.

TQ:  In The Return who was the easiest character to write and why? The hardest and why?

Joseph:  I think the character of Andrew Leland, the alien abductee, was both the easiest and hardest to write. Easy because his character goes through so many changes that he's not expected to come off as consistent. Hard because how do you make a character who changes so much still feel, on some level, like the same character?

TQ:  Which question about The Return do you wish someone would ask? Ask it and answer it!

Joseph:  When you're in the process of dreaming up a novel, do you find yourself walking around talking to yourself and humming the score to the movie playing in your head and generally causing other people to want to cross the street? Yes!

TQ:  Give us one or two of your favorite non-spoilery quotes from The Return.

"If the conspiracy theorists are right and it never happened, then the day it didn't happen began innocently enough."

"'When faced with great and historic scientific challenges, there are always those who say it cannot be done. And when they say, 'We can't do it,' they're in at least one respect correct. When it finally happens, they will surely have had nothing to do with it.'"

Joseph:  Right now, I'm working on a few novel and story ideas and also trying to adapt The Return as a screenplay. 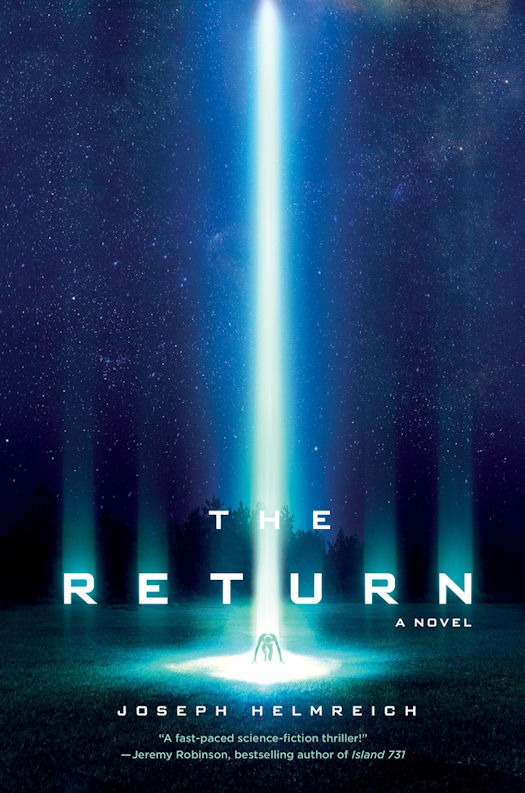 During a live television broadcast on the night of a lunar eclipse, renowned astrophysicist Andrew Leland is suddenly lifted into the sky by a giant spacecraft and taken away for all to see. Six years later, he turns up, wandering in a South American desert, denying ever having been abducted and disappearing from the public eye.

Meanwhile, he inspires legions of cultish devotees, including a young physics graduate student named Shawn Ferris who is obsessed with finding out what really happened to him. When Shawn finally tracks Leland down, he discovers that he’s been on the run for years, continuously hunted by a secret organization that has pursued him across multiple continents, determined to force him into revealing what he knows.

Shawn soon joins Leland on the run. Though Leland is at first reluctant to reveal anything, Shawn will soon learn the truth about his abduction, the real reason for his return, and will find himself caught up in a global conspiracy that puts more than just one planet in danger.

Equal parts science-fiction and globe-hopping thriller, Joseph Helmreich's The Return will appeal to fans of both, and to anyone who has ever wondered... what’s out there? 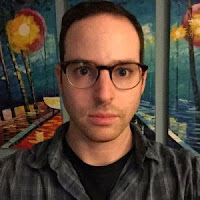 JOSEPH HELMREICH, author of The Return, has contributed writing to Every Day Fiction and New York Press. He has worked on film and television projects, such as Garden State, Late Night With Conan O’Brien, and No Direction Home: Bob Dylan, before becoming a script-reader for The Weinstein Company. In addition to his writing, Helmreich is also a voice-over actor and member of alternative folk duo, Honeybrick. He lives in New York City and works in film distribution.