CROSSWIND coming from Gail Simone and Cat Staggs This June

A slick and ruthless Chicago hitman.

A smart but downtrodden Seattle housewife.

When an inexplicable event strikes these two random strangers, their bodies, souls, and lives are switched—to potentially deadly effect.

“This is possibly the most thrilling project of my career, and Cat Staggs brought her best stomping boots to the game; she's absolutely killing it,” said Simone. “There's nothing else quite like it. It smells of gunpowder, nitro, and one-hour hotel rooms. It's wrong and messed up, and we hope people love it as much as we do.”

“I am thrilled to be working with the incomparable Gail Simone in a genre that is close to my heart,” said Staggs. “The challenge of bringing these characters to life and developing their world has made this project something I’m proud of. Readers are in for a wild ride.”


“CROSSWIND will sneak up on you from behind and knock you sideways. Gail Simone
is at her absolute sharpest, and Cat Staggs’s art is daring and sexy. Freakin’
impressive is what it is…!” —Cully Hamner (RED, The Question)


“Cat Staggs's art will grab you by the throat and kick you in the teeth. This is one creepy
ride.” —Joe Harris (ROCKSTARS, X-Files)


“Freaky Friday—yes! But dark and twisted and such great art and page composition.
And glints of humour. This is great, kinetic, mind-warping work. Art reminded me of
Chaykin’s The Shadow meets Bill Sienkiewicz. I love this.” —Ian Rankin (Inspector
Rebus novels) 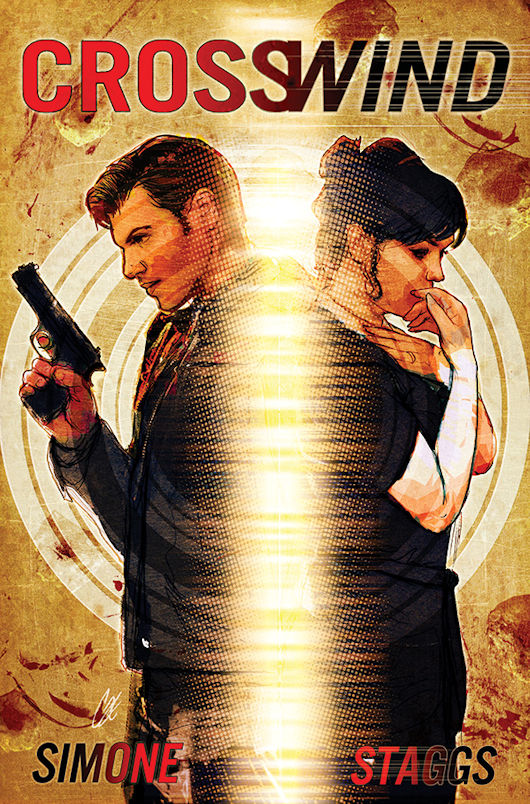