Here are some of the recent and upcoming novels, etc. by formerly featured DAC Authors! The year in parentheses is the year the author was featured in the DAC. 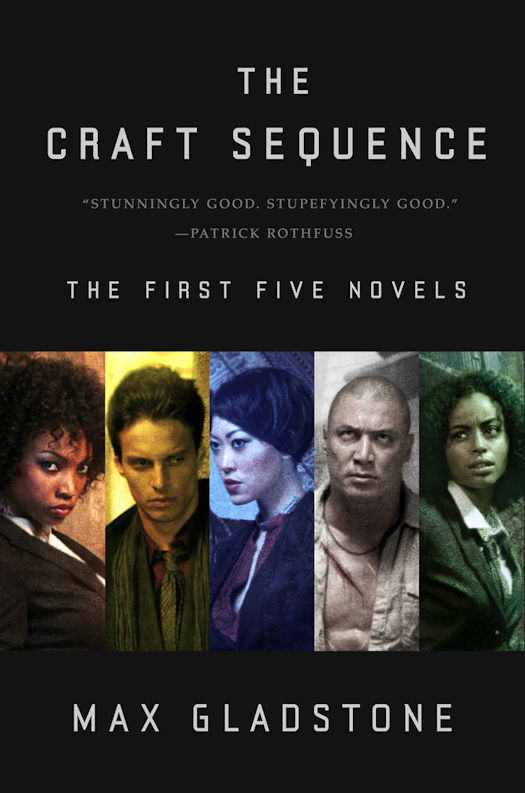 The Gods are dead, mostly, but for how long?

Set in a phenomenally-built world in which lawyers ride lightning bolts, souls are currency, and cities are powered by the remains of fallen gods, MAX GLADSTONE's Craft Sequence introduces readers to a modern fantasy landscape and an epic struggle to build a just society.

Three Parts Dead — A god has died, and it's up to Tara, first-year associate in the international necromantic firm of Kelethres, Albrecht, and Ao, to bring Him back to life before His city falls apart.

Two Serpents Rise — Caleb Altemoc—casual gambler and professional risk manager—is sent by Red King Consolidated to cleanse shadow demons from the Dresediel Lex city water supply, and uncovers a scheme to forever alter the balance of power in the city.

Full Fathom Five — On the island of Kavekana, Kai nearly loses her life trying to save one of her creations, a god built to order. But when Kai starts digging into the reasons her creations die, she uncovers a conspiracy of silence and fear—which will crush her, if Kai can't stop it first.

Last First Snow — Craft lawyer Elayne Kevarian and warrior-priest Temoc must fight dark magic, secret agendas, and their own demons to save the peace between the citizens and rulers of Dresediel Lex, before hell opens to swallow the city whole. 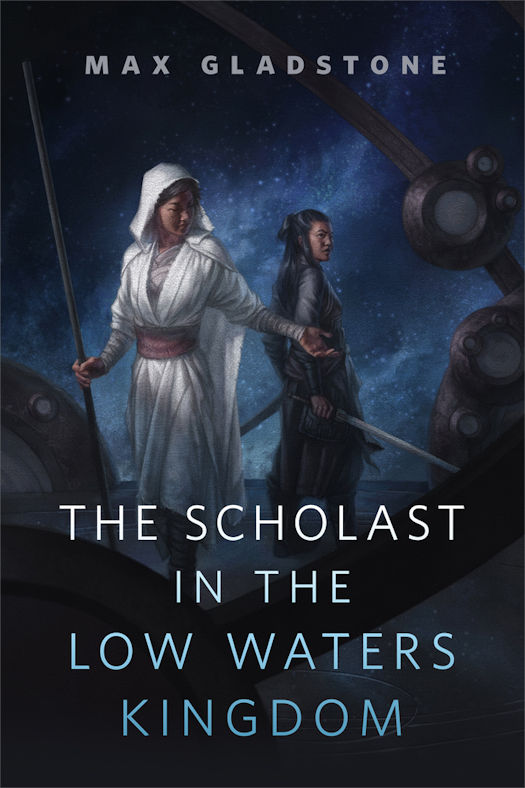 A stranger claiming knowledge of realms beyond the known world attempts to stop a war.

The Ruin of Angels
A Novel of the Craft Sequence
Tor.com, September 5, 2017
Trade Paperback and eBook, 400 pages 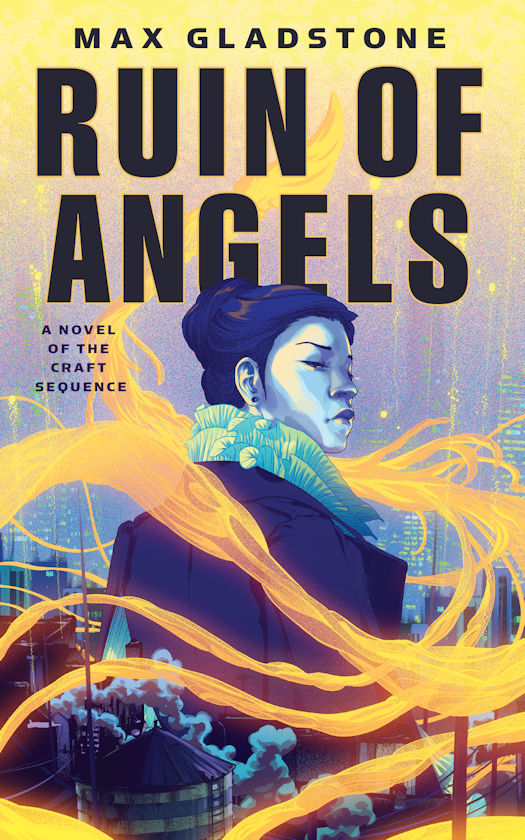 Max Gladstone returns with The Ruin of Angels, the sixth novel in the Craft Sequence, which The Washington Post calls "the best kind of urban fantasy" and NPR calls "sharp, original, and passionate"

The God Wars destroyed the city of Alikand. Now, a century and a half and a great many construction contracts later, Agdel Lex rises in its place. Dead deities litter the surrounding desert, streets shift when people aren’t looking, a squidlike tower dominates the skyline, and the foreign Iskari Rectification Authority keeps strict order in this once-independent city—while treasure seekers, criminals, combat librarians, nightmare artists, angels, demons, dispossessed knights, grad students, and other fools gather in its ever-changing alleys, hungry for the next big score.

Priestess/investment banker Kai Pohala (last seen in Full Fathom Five) hits town to corner Agdel Lex’s burgeoning nightmare startup scene, and to visit her estranged sister Lei. But Kai finds Lei desperate at the center of a shadowy, and rapidly unravelling, business deal. When Lei ends up on the run, wanted for a crime she most definitely committed, Kai races to track her sister down before the Authority finds her first. But Lei has her own plans, involving her ex-girlfriend, a daring heist into the god-haunted desert, and, perhaps, freedom for an occupied city. Because Alikand might not be completely dead—and some people want to finish the job. Spies and sorcerers face off during the Cold War, with the fate of the world in balance in this print edition of a hugely popular serial novel from five award-winning and critically acclaimed authors.

The Cold War rages in back rooms and dark alleys of 1970s Prague as spies and sorcerers battle for home and country. The fate of the East and the West hangs in the balance right along the Iron Curtain—and crackling beneath the surface is a vein of magic that is waiting to be tapped. 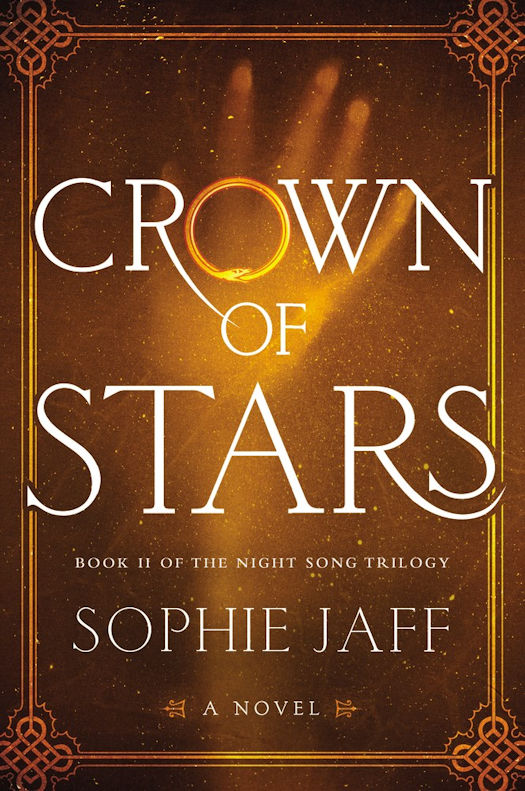 In Sophie Jaff’s spellbinding sequel to Love is Red, two women living centuries apart are bound together by an ancient prophecy, which ignites a dark story of obsession, betrayal, and revenge

Rumors of witchcraft have haunted Margaret ever since she was born. A strange, dark-eyed child, she was feared and then shunned by her medieval English village after her mother’s brutal murder. When her father remarries, Margaret—now a young woman—realizes that she must leave the village for good.

Hundreds of years later, as fall comes to Manhattan, Katherine Emerson prays her horrific summer is over. She survived a killer’s attack, but her roommate Andrea was not so lucky and now Katherine is raising Andrea’s son, Lucas. However, the rest of her world is in ruins: the man she loves has left her and she’s pregnant with his child. She accepts she’ll be a single mother—until he insists on doing “the right thing”, which means taking her and Lucas with him to London for his new job. Katherine hopes that maybe she too can start over.

But starting over doesn’t mean that the disturbing and dangerous encounters with strangers will end. As Katherine begins to fall apart, Margaret’s fight to survive in a hostile world reveals she has inherited her mother’s extraordinary gifts—but will she use them for good or evil? Can Margaret change the destiny of Katherine and her unborn child? And what will happen if she succeeds?