Hello from a wet and rainy March day. This is just the sort of day that makes you want to stay in bed and read a good book. Alas, I have to go shoe shopping with the hubinator (he's buying not me). Wish me luck!

This week is all about my new favourite antihero Jeremy Clovenhoof. Hot on the hilarious trail of last week's review of Clovenhoof by Heide Goody and Iain Grant I ended up buying all of the books in the series. Book 2 Pigeonwings is just as funny as book 1 in part by the introduction of a new main character - Michael St Michaels. If you remember at the end of Clovenhoof the archangel Michael has been cast out of heaven for the part he plays in the events of that story. Lets just say that Michael's ability to adapt to foibles of humanity is not as well developed as Jeremy's. All things related to digestion baffle the now very human Michael, as does his 'thing'. Michael tries to find his place in the community. Attempting to help out at the local church that bears his name and with the boy scouts both end in hilarious results. When wedding bells take both Michael and Jeremy into Wales they become embroiled in the mystery of a group of monks that aren't exactly as they seem.

I would be remiss if I didn't give a health warning to this book. Prepare to have a sore stomach and suffer possible odd looks from fellow commuters. The scenes when Nerys' sister Jayne comes to visit had me me 'loling' it up all the way into work and back especially when they decide to hit the nightclubs in Birmingham. Jeremy is, as ever, up to no good. When he takes over the local Women's Institute meeting after the group eat some dubious mushroom quiche is truly the work of the devil. Devilishly funny. Yet again, Goody and Grant leave the big reveal of the plot until the final chapters. Interspersed between Michael trying to be good and Jeremy determined not to be are chapters dedicated to the monks. I couldn't really figure out what was going on but everything was wrapped up at the end. Another hilarious instalment by this exceptionally funny writing duo.

Fast forward to 2016 when both Jeremy and Michael think the world is about to end in Clovenhoof and the Trump of Doom. Jeremy believes that he will stop this happening if he can stop Donald Trump from becoming President of the United States and Michael is determined to win the Eurovision Song Contest as his means of stopping the UK from voting to leave the EU (ie Brexit referendum). Clovenhoof flies off to the States (with Michael's credit card) to track down Trump while Michael heads off to travel through Europe collecting bandmates for award winning act. Hilarity abounds on both sides of the Atlantic in Clovenhoof and the Trump of Doom.

Grant and Goody ramp up the hilarity in this instalment particularly with Clovenhoof. I could easily recite half of this short story, I found it so funny. Even if you haven't read the other books of the series I think you could easily enjoy this as a standalone story. If you are a staunch Republican or Brexiteer then you may wish to give this story a miss. Everyone else, prepare to laugh your socks off.


That's it for me. I needed some laughs this week and I certainly got them all thanks to Goody and Grant so thank you! For your week ahead happy reading. 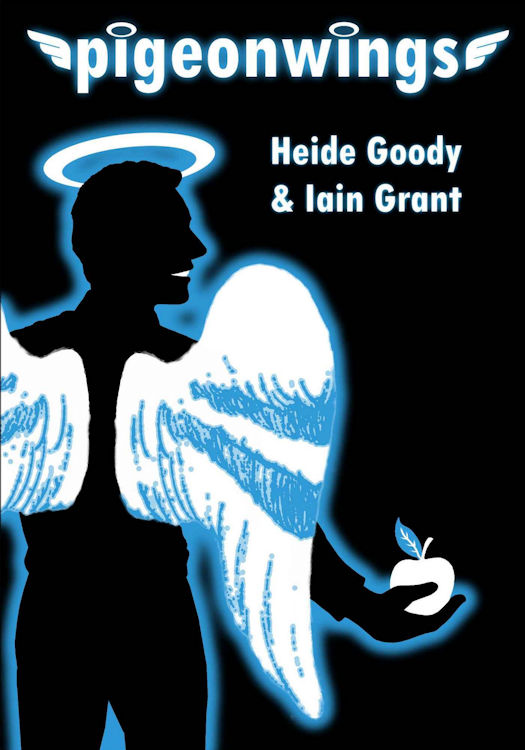 As punishment for his part in an attempted coup in Heaven, the Archangel Michael is banished to Earth. The holiest of the angelic host has to learn to live as a mortal, not an easy job when you’ve got Satan as a next-door neighbour.

Michael soon finds that being a good person involves more than helping out at Sunday school and attending church coffee mornings. He has to find his purpose in life, deal with earthly temptations and solve a mystery involving some unusual monks and a jar of very dangerous jam. 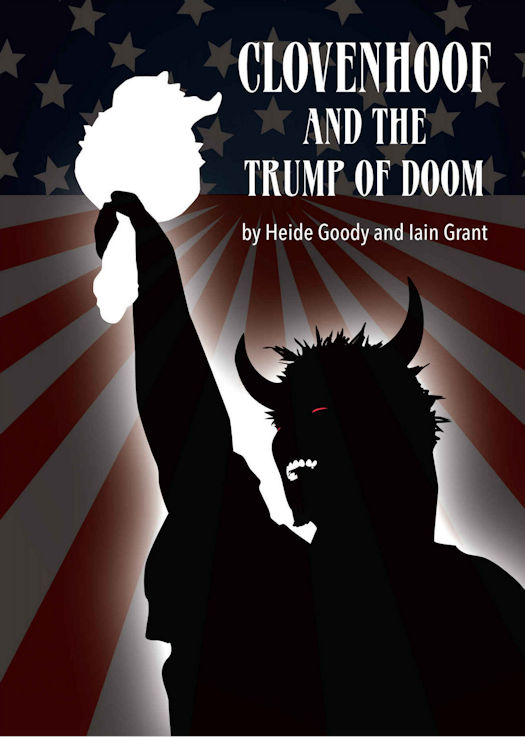 Halloween 2016. It is eight days until the American people vote for the 45th President of the United States and millions are struck with horror at the prospect of Donald J Drumpf – businessman, reality TV star and professional wrestler – getting his hands on the oval office. However, few of those people know that Nostradamus had foreseen both Drumpf’s presidency and the British exit from the EU spelling the end of the world as we know it.

Jeremy Clovenhoof and Michael Michaels - the earthly incarnations of Satan and the Archangel Michael - have read the prophecies and must do their utmost to stop them coming true (because Clovenhoof can’t let the world end until he’s seen the latest series of Game of Thrones). As Michael heads to Europe to undo Brexit through the power of song, Clovenhoof flies to the US to stop Drumpf becoming president by whatever means are necessary.

If you want a searing indictment of global politics and intelligent analysis of the greatest historical events of our time, go somewhere else. But if you want rampaging elephants, naked continental types, drone-mounted chickens, accidental neo-Nazis, LSD-spiked brownies, the Large Hadron Collider and the vengeful spirit of the Statue of Liberty then this slice of hellish fun might be just what you need.

Amazon : Barnes and Noble : Book Depository : IndieBound
Posted by Melanie at 6:48 AM