The Winner of the 2016 Tiptree Award has been announced - Anna-Marie McLemore for her novel When the Moon Was Ours (Thomas Dunne Books/St. Martin’s Press, 2016). 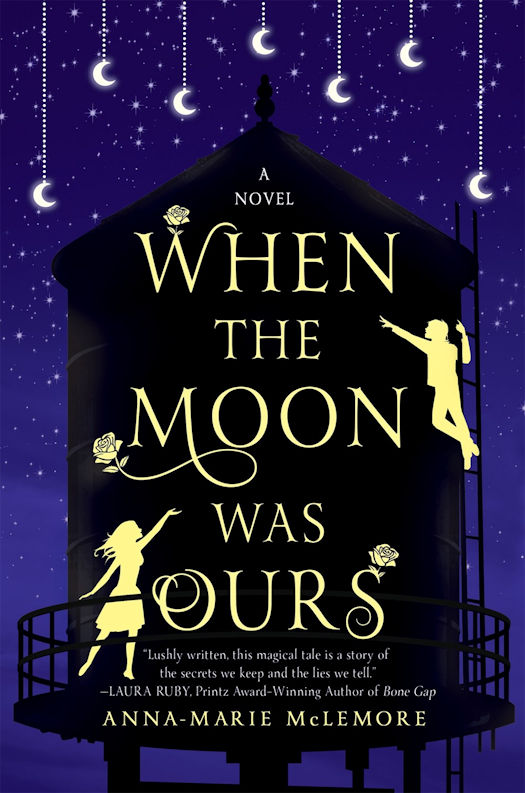 “McLemore’s second novel is such a lush surprising fable, you half expect birds to fly out of the pages… McLemore uses the supernatural to remind us that the body’s need to speak its truth is primal and profound, and that the connection between two people is no more anyone’s business than why the dish ran away with the spoon.”
--Jeff Giles, New York Times Book Review

To everyone who knows them, best friends Miel and Sam are as strange as they are inseparable. Roses grow out of Miel’s wrist, and rumors say that she spilled out of a water tower when she was five. Sam is known for the moons he paints and hangs in the trees and for how little anyone knows about his life before he and his mother moved to town. But as odd as everyone considers Miel and Sam, even they stay away from the Bonner girls, four beautiful sisters rumored to be witches. Now they want the roses that grow from Miel’s skin, convinced that their scent can make anyone fall in love. And they’re willing to use every secret Miel has fought to protect to make sure she gives them up.

Atmospheric, dynamic, and packed with gorgeous prose, When the Moon was Ours

In addition to selecting the winners, the jury chooses a Tiptree Award Honor List. The Honor List is a strong part of the award’s identity and is used by many readers as a recommended reading list.

To see the excerpted and edited notes on each work by members of this year’s jury click here.

Andrea Hairston, Will Do Magic for Small Change (Aqueduct Press, 2016)

Johanna Sinisalo, The Core of the Sun (Grove Press/Black Cat, 2016)

In addition to the honor list, this year’s Tiptree Award jury also compiled a long list of twelve other works they found worthy of attention.

Anna-Marie McLemore, along with authors and works on the Honor List, will be celebrated during Memorial Day weekend at WisCon 41 in Madison, Wisconsin, May 26-29, 2017. She will receive $1000 in prize money, a specially commissioned piece of original artwork, and (as always) chocolate.