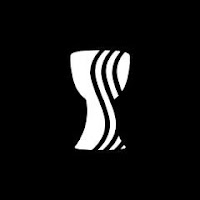 Publication will begin in Fall 2018 with the first novel TEXOMA. Developed from the short story “The Gunnie” in the collection Unfettered II, Harris returns with an alternate history of a broken America weakened by the Great Depression and the assassination of Franklin Delano Roosevelt, which tears the country into five new territories: the re-annexation of the original colonies (sans Georgia) of New Britannia, a Canadian controlled northwest called New America, the southeastern area of Dixie, a colonized California and Oregon is now the Holy Russian Empire, and southwestern Texoma. In TEXOMA, the timely mystery centers on Lizbeth Rose, a fiercely independent mercenary who is hired on a manhunt by Russian sorcerers in a Mexican border town.

"All writers love ‘what if’,” said Charlaine Harris. “I became fascinated by the idea of writing about an alternate America, seen through the eyes of a professional gun-for-hire who happens to be a woman.”

“It’s an absolute joy to work with a master like Charlaine Harris,” said Joe Monti, Editorial Director of Saga Press. “She has created an alternate world filled with denigrated magic, inverted expectations, and characters easy to fall in love with. The Texoma trilogy is classic Harris, playing with the elements she has loved for years, delivered with her signature style and profound revelations that have delighted her millions of readers.”

Charlaine Harris is a #1 New York Times bestselling author who has been writing for over thirty years and has been published in more than thirty languages. Harris’ books have worldwide sales in excess of thirty million copies, inspiring HBO’s True Blood, NBC’s Midnight, Texas, and the Aurora Teagarden movies for Hallmark Movies & Mysteries.