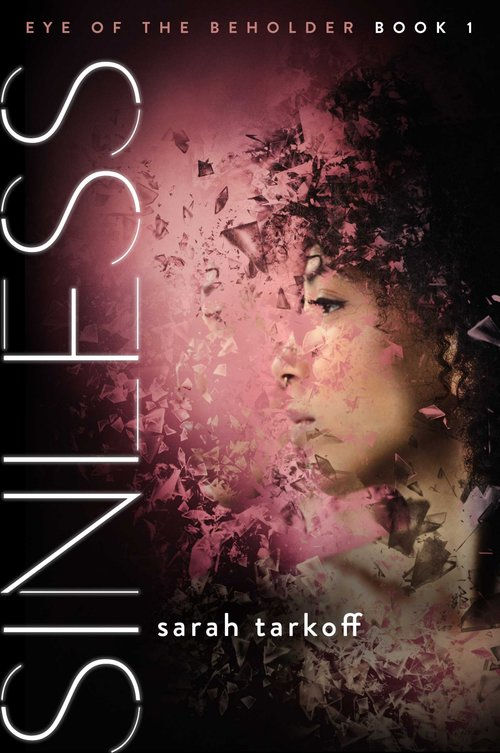 With shades of Scott Westerfeld’s Uglies and Ally Condie’s Matched, this cinematic dystopian novel—the first in the thrilling Eye of the Beholder series—is set in a near future society in which "right" and "wrong" are manifested by beauty and ugliness.

In Grace Luther’s world, morality is physically enforced. Those who are "good" are blessed with beauty, while those who are not suffer horrifying consequences—disfigurement or even death. The daughter of a cleric, Grace has always had faith in the higher power that governs her world. But when she stumbles onto information that leaves her questioning whether there are more complicated—and dangerous—forces manipulating the people around her, she finds herself at the center of an epic battle, where good and evil are not easily distinguished. Despite all her efforts to live a normal teenage life, Grace is faced with a series of decisions that will risk the lives of everyone she loves—and, ultimately, her own.

With each page in this electrifying debut novel, Sarah Tarkoff masterfully plunges us into a nightmarish vision of the future. Full of high drama and pulsating tension, Sinless explores the essential questions teenagers wrestle with every day—What is beauty? What is faith? Do we take our surroundings at face value and accept all that we have been taught, or do we question the mores of the society into which we are born?—and places them in the context of a dark, dystopian world where appearances are most definitely deceiving.

Sinless by Sarah Tarkoff is the first novel in the Eye of the Beholder trilogy. This is a YA novel with very strong adult crossover appeal. The story is told from the point of view of Grace Luther, the teenage daughter of a cleric. The setting is the near future America after the Revelation when the Great Spirit revealed itself to humanity. Belief in the Great Spirit has become universal. All other faiths have faded in the overwhelming onslaught of this new god. People are Punished if they do something wrong - their looks are affected. The ultimate punishment is death. But in between the religious and the pure of heart/thought and death via Punishment for a moral failing are the Outcasts. These are people who are disfigured by their sins. The Great Spirit makes it easy to see who is good and who is evil. Stay on the straight and narrow, avoid sins, believe in and follow the rules of the Great Spirit and you are beautiful. Stray and you are disfigured or dead.

Grace is the daughter of a leading cleric in the new religion. She was young when the Great Spirit appeared. Now she is a very well-behaved and pure teenager who believes in the Great Spirit thoroughly. Sinless deals with the gradual (and not so gradual) unraveling of her beliefs. This is Grace's story. I did not initially like Grace. She changes her thoughts and feelings so much that the reader could at times get whiplash. In other words, I found her to be a very credible teenager. I think my problems with Grace stem form Tarkoff spending too little time making the initial changes in Grace's thinking believable. I found that process too abrupt which for me made almost everything she did from that point suspect. Grace is being pulled in so many directions. What and who should she believe? Who is telling the truth? I found her internal monologue at times illuminating but did not really enjoy being in her brain so much. I came to like her though. She struggled with everything and like most people made good and bad decisions. In Sinless she is looking back on the events of those teenage years. It is made very clear in the beginning that Grace is telling her story from a federal prison. How she ended up in prison is not revealed in Sinless.

Tarkoff's writing flows beautifully and the world building is exceptional. The advent of the Great Spirit and the resulting world is very well done. There are some terrific and surprising reveals about the Great Spirit. A world where everyone behaves well because of immediate fear of disfigurement or death sounds peaceful and wonderful but it is not. As Grace learns more about a world she was so certain of so do we. The cracks in the surface of this peaceful world are there. Tarkoff has created a true dystopia.

The supporting cast was interesting. We don't get much background on many of them but then Sinless is not really about them. What is important about them, at least in Sinless, is their interactions and influences on Grace. From her father to the Prophet Joshua, we see them through Grace's eyes.

There is a lot more to learn about this new world of the Great Spirit and many questions that need to be answered. Fortunately there are 2 more novels upcoming in the series. Tarkoff gives the reader a lot to think about - faith, beauty, guilt, and what are you willing to give up to live in an apparently perfect world? Sinless is an engaging and entertaining debut.

What:  2 copies of Sinless (Trade Paperback) by Sarah Tarkoff. 2 books - 2 winners - 1 book each US ONLY

How:
Who:  The giveaway is open to all humans on the planet earth with a United States mailing address.

When:  The giveaway ends at 11:59 PM US Eastern Time on January 18, 2018. Void where prohibited by law. No purchase necessary. You must be 18 years old or older to enter.


*Giveaway rules and duration are subject to change without any notice.*
Posted by Qwill at 7:54 AM