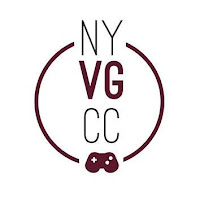 New York City, January 8, 2018 – The New York Videogame Critics Circle will host the seventh annual New York Game Awards, honoring the top in video gaming on January 24 at Manhattan’s Abrons Playhouse. From best VR game to best indie game, and best game music to best remake, the New York Game Awards nominations all build up to the Big Apple Award for Best Game of the Year, all to be announced at the awards ceremony hosted by Emmy-Award winning writers from The Daily Show with Trevor Noah.

In addition to today’s award nominations announcement, the New York Game Awards is proud to give its Andrew Yoon Legend Award to Todd Howard, the brilliant director and executive producer of Bethesda Game Studios. He’ll receive the Legend Award in-person at the New York Game Awards ceremony. Todd Howard’s landmark work on the expansive, long-running Fallout and Elder Scrolls series proves not only his own creativity and work ethic, but also that of his ardent teams at Bethesda.


Off Broadway Award for Best Indie Game
Cuphead
Walden
Beat Cop
Everything
Pyre
Torment: Tides of Numenera
What Remains of Edith Finch
Night in the Woods


Tickets are now on sale for the seventh annual New York Game Awards. With the purchase of a $20 tax deductible ticket, attendees will be entertained with live music and comedy from The Daily Show with Trevor Noah, watch trailer premiers, meet the world’s greatest game makers and hang with the Legend Award winner himself at an after party with DJ Rahat Rashid mashing up game tunes in his extraordinary way. What the New York Videogame Critics Circle earns from ticket sales go directly back into the non-profit organization to help with mentoring, scholarships and workshops in New York City.

About the New York Videogame Critics Circle
Based in New York City, the New York Videogame Critics Circle is a not-for-profit organization, stemming from the need for community in the oftentimes cut-throat world of journalism. This multicultural group is comprised of the finest videogame critics, designers, writers, reporters, bloggers and videographers in New York City. Members of the New York Videogame Critics Circle give back to their communities with programs like the DreamYard Project at DreamYard Prep School in the Bronx, NY, offering mentoring, internships, lectures, job information and college scholarships for intelligent, but underprivileged students. The organization also works with The Abrons Arts Center, part of the Henry Street Settlement. There, they hold the annual New York Game Awards, teach courses and bring games and education to community events. They also mentor seniors at O.A.T.S., Older Adult Technology Services, at their tech center in NYC.
Posted by Qwill at 7:31 AM