Well hello, I hope you have a good week. I am suffering a bit from 'readers block'.  This is my very own malady similar to writers block where an author loses the ability to write. Well I have lost the ability to read. This is in part from reading books for SPFBO 2017. Not only do we have to read a bunch of books fairly quickly  - usually not a problem as I read quickly - but I have to read those and try to have some other books to review for you here on my Week in Review. I wasn't always able to do both. The other attribute to my reading malaise is birthday related. It is the Hubinator's milestone birthday and we (his sons and I) thought that we would surprised him with tickets to see his favourite football team play (that's soccer for those North American readers). Wow, organising a surprise is exhausting! Never again!

So, I couldn't get into reading but still needed to write my WIR so what did I do? I checked out Audible to see if I could find a book that I wanted to listen to instead. I don't always get along with audio books as I normally get put off by the narrators voice  - or should I say that their voice isn't what I imagined the voice of the main character to sound like. However, I found not 1 but 2 books that I really enjoyed. What did I listen to? 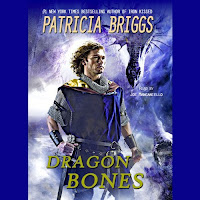 I first read Dragon Bones by Patricia Briggs back in 2011 after a recommendation from one of my sisters. Dragon Bones is book 1 of the Hurog duology, one of Briggs' earliest books, the only one that isn't a romance and only one she had written primarily from a male POV.

The story starts by introducing the reader to Ward who has just become the ruler of Hurog following the unexpected death of his father. Hurog is a fairly poor kingdom that is rich in folklore and history. Hurog means dragon and Ward has just become the Hurogmeten - protector of dragons. When Ward discovers dragon bones underneath the castle that, if they fall into the wrong hands, could prove the death of everyone and everything he loves. The dragon bones aren't Ward's only worry as there have been skirmishes on the borders of the kingdom and Ward decides to prove that he can live up to the role of Hurogmeten. It's up to Ward and a few of his family to stop the war and stop the dragon bones falling into enemy hands. 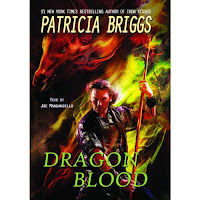 Book 2 - Dragon Blood - is set a few years after book 1 and this time Ward finds himself on the evil King Jakoven's hit list. He ends up imprisoned in the King's asylum suffering at the hands of his mage. The King needs Hurog blood to fuel an ancient weapon of mass destruction and guess who has that blood - Ward. While Ward tries to survive his friends try to release him and find a way to avoid the destruction of the five kingdoms. That is all I can say without giving too much away.

I loved these books. Ward is a great hero who starts out the victim and turns out the protector. Ward is complimented by an engaging cast of secondary characters across both books. Ward's family and his 'sort of' relative Oreg help to deliver the plot in both books and support Ward in all his escapades. Brigg's deals with  issues such as abuse, rape and torture in a sensitive way and they add context to the characters rather than being a focal point of the plot. Yet again, Brigg has written two books that are well balanced, have great characters and a well paced plot.

I really enjoyed the audio versions and even though I knew the stories they were still fresh. Joe Manganiello (the narrator) made a convincing Ward. He sounded very similar to the Ward voice in my head. Manganiello even managed to keep the pace and tension of the story and I found it difficult to stop listening. If you haven't read either of these books and enjoy audio books then add these to your TBR.


That is it for me this week. Off to make another birthday dinner! Wish me luck and until next week Happy Reading. 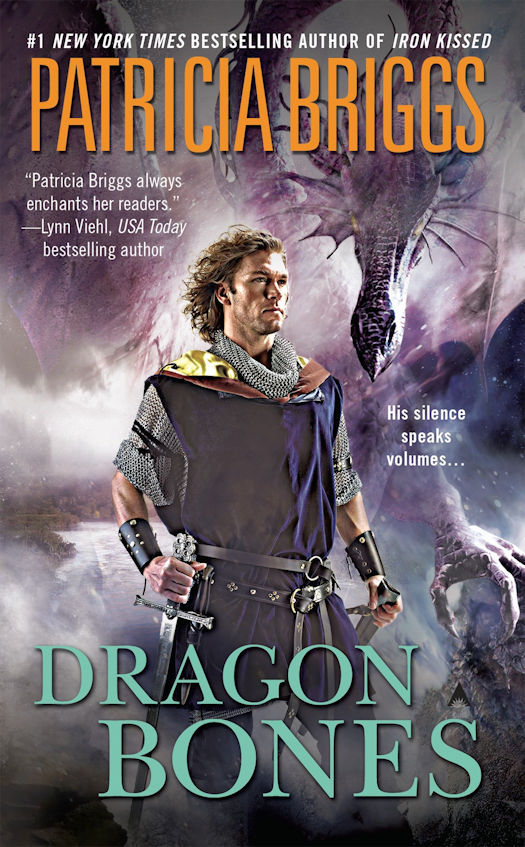 Most everyone thinks Ward of Hurog is a simple-minded fool—and that’s just fine by him. But few people know that his foolishness is (very convincingly) feigned. And that it’s the only thing that’s saved him from death.

When his abusive father dies, Ward becomes the new lord of Hurog…until a nobleman declares that he is too dim-witted to rule. Ward knows he cannot play the fool any longer. To regain his kingdom, he must prove himself worthy—and quickly.

Riding into a war that’s heating up on the border, Ward is sure he’s on the fast track to glory. But soon his mission takes a deadly serious turn. For he has seen a pile of magical dragon bones hidden deep beneath Hurog Keep. The bones can be dangerous in the wrong hands, and Ward is certain his enemies will stop at nothing to possess them… 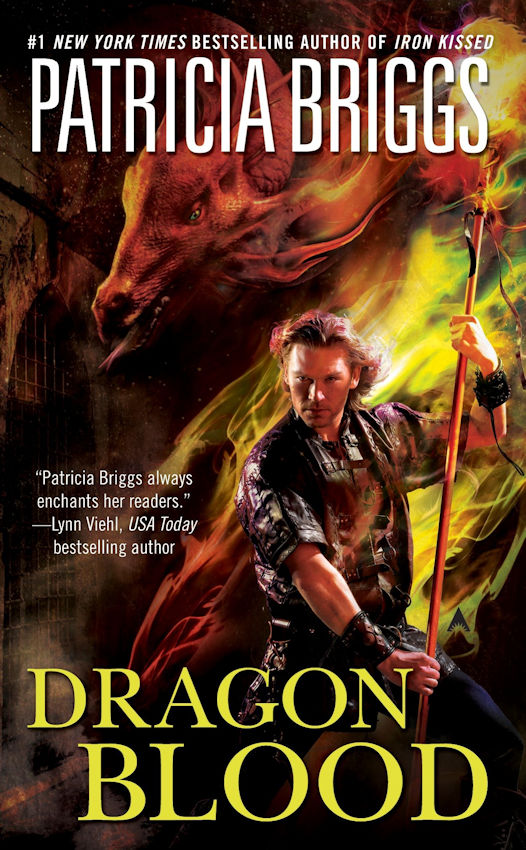 Ward, ruler of Hurog, is striving to restore his lands and people to prosperity, wanting nothing more than a quiet life. But when an old friend, escaping from High King Jakoven’s torturers, seeks refuge in his keep, Ward can no longer ignore the growing rebellion against the tyrannical High King. He realizes that he cannot stand aside—he must join with the rebels.

However, Jakoven has a secret weapon with which he intends to crush the rebellion: Farsonsbane, a magical artifact that has destroyed entire cities. But first, Jakoven needs blood to awaken it. Dragon’s blood. The very blood that courses through Ward’s veins…