IMAGE COMICS LAUNCHES #WEBELIEVE CAMPAIGN, CELEBRATES ARTISTS WITH EXCLUSIVE VIRGIN WRAPAROUND COVERS
PORTLAND, OR, 01/25/2018 — Image Comics is pleased to reveal the first seven of 14 exclusive virgin wraparound covers in celebration of artists and the importance and impact they have in defining the comics medium. We Believe in Artists will be the first of many initiatives throughout Image’s planned #WeBelieve 2018 campaign highlighting the important, lately overlooked components of the comics industry.

Comics is a visual storytelling medium with artwork as the driving force behind the narrative, tone, and spirit of a comic book’s sequential narrative. Image Comics hopes to cast a spotlight for fans and members of the comic book community on the momentous significance a piece of artwork can have to sell these stories to readers.

“Simply put, without artists, there would be no comics. The success of the comics industry ultimately hinges on well-told stories, but because comics is by definition a visual medium, artists are integral to that storytelling,” said Eric Stephenson, Publisher at Image Comics. “Image has always believed in the importance of artists—our company was founded by artists, after all—and we are proud to celebrate the fact that artists of all stripes—from pencilers and inkers to colorists, letterers, and graphic designers—continue to make this wonderful medium so vital, vibrant, and unique.”

Without titles, endorsement quotes, names, logos, or jacket copy, these wraparound covers feature solely the masterpiece artwork that fans won’t want to miss out on experiencing.

The following bestselling series will feature one of these exclusive, undressed, breathtaking collectors’ covers. 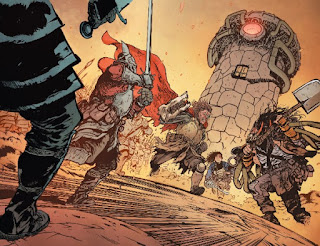 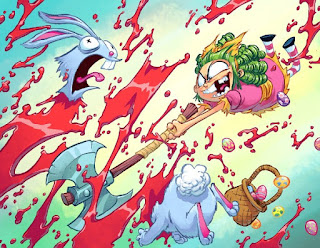 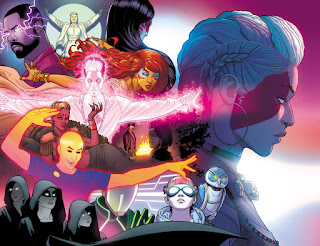 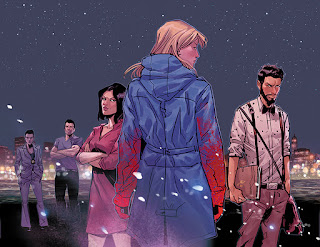 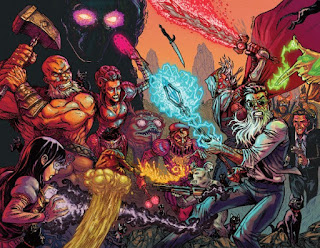 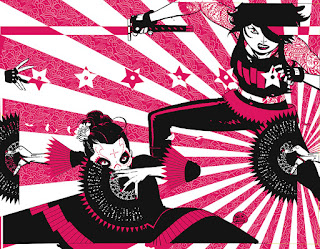 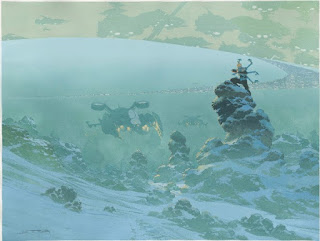 [click to embiggen]
ABOUT IMAGE COMICS
Image Comics is a comic book and graphic novel publisher founded in 1992 by a collective of bestselling artists. Image has since gone on to become one of the largest comics publishers in the United States. Image currently has five partners: Robert Kirkman, Erik Larsen, Todd McFarlane, Marc Silvestri, and Jim Valentino. It consists of five major houses: Todd McFarlane Productions, Top Cow Productions, Shadowline Comics, Skybound Entertainment, and Image Central. Image publishes comics and graphic novels in nearly every genre, sub-genre, and style imaginable. It offers science fiction, fantasy, romance, horror, crime fiction, historical fiction, humor and more by the finest artists and writers working in the medium today. For more information, visit www.imagecomics.com.
Posted by Qwill at 7:32 AM