Interview with Andrew Valencia, author of Lord of California


Please welcome Andrew Valencia to The Qwillery as part of the of the 2018 Debut Author Challenge Interviews. Lord of California was published on January 25th by Ig Publishing in digital format. The audio version of the novel is out today from Blackstone Audio. Lord of California will be available in Trade Paperback on February 27, 2018. 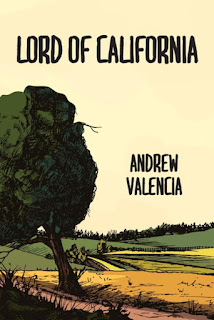 Andrew:  While I can remember writing small sketches and stories as far back as elementary school, I can't recall the plot of any particular story from that early stage in my development. I believe they were mostly influenced by the stories and TV shows I was interested in at the time. A lot of cartoon and sci-fi stuff, written in pen on note tablets I would borrow from my parents or grandparents. More often than not, though, I expended these stories in my head before they ever found their way onto paper. Growing up in the country with a lot of open space between us and the neighbors provided the ideal space for letting my daydreams run wild.

Andrew:  Hybrid. I usually have a general sense of where I'd like to take an idea by the time I sit down to begin a draft, but the process of working through the story on paper forces me to fill out the skeleton of the piece in greater detail.

Andrew:  Revising sentences. Nabokov used to say his pencils outlasted his erasers. If I didn't use a word processor most of the time, I'd probably be right there with him.

Andrew:  There's a lot I could say to answer this question, but I'll limit myself to two influences—one from my own experience and one from literature. The first comes from having spent the better part of a decade living abroad, primarily in East Asia and Central America. The second influence is James Joyce, himself an expert at writing about the home of his youth while spending his adult years in exile.

TQ:  Describe Lord of California in 140 characters or less.

Andrew:  A speculative literary novel about a family struggling to survive in a future where America has collapsed and California is its own country.

TQ:  Tell us something about Lord of California that is not found in the book description.

Andrew:  I've never seen it as “dystopian” in the traditional sense. Many readers and critics will latch on to the dystopian label because such categories can be helpful in understanding how to view a new piece of work, especially from a debut author. But there are distinct ways in which I deviate from the type of storytelling found in the works of Orwell, Huxley, Atwood, etc. Nearly all dystopian novels from Zamyatin onward have directed some sort of warning to readers about the political situation of the present day. And while there are definitely elements of the story that speak to the nightmare of contemporary politics in the US, much of the novel is also focused on the rebuilding that inevitably occurs following a monumental breakdown or rift in society. Or a rift in a family.

TQ:  What inspired you to write Lord of California? What appeals to you about writing Alternative History?

Andrew:  In the summer of 2015 I was in a precarious place, unsure of my future prospects. I was staying at my mother's house in the Central Valley and spending a lot of time revisiting people and places from before I left. One day I sat down and started working through a rough outline of the book Lord of California would eventually become. I didn't really think of it as “alternative history” as much as it was just the story I wanted to tell at that point in my life.

TQ:  What sort of research did you do for Lord of California?

Andrew:  I spent a lot of time reading and thinking about moments in history where a society falls apart and transforms into something else over the course of a few generations. It happens all the time and we never call it “dystopian” or “post-apocalyptic”. But if you were growing up in the 80s in the Soviet Union and within a few short years you had to endure food shortages, Chernobyl, and the collapse of the only political system you ever knew, wouldn't you think you were living through some sort of apocalypse?

TQ:  Please tell us about the cover for Lord of California.

Andrew:  I like the cover more and more as time goes on. So much of Central California looks like that, though it could just as easily be a depiction of any rural setting the world over.

TQ:  In Lord of California who was the easiest character to write and why? The hardest and why?

The easiest was probably Ellie's character because from the start I had a very clear notion of who she was and what her voice would be like. By contrast, the hardest character was Elliot, Jr. because it took me a long time to nail down his voice and the nature of his character.

TQ:  Which question about Lord of California do you wish someone would ask? Ask it and answer it!

Q: Would you like to see California break off and start its own country?

A: Within a few years of independence, that country would have nothing in common with the California I know except for its name. So no, I wouldn't.

TQ:  Give us one or two of your favorite non-spoilery quotes from Lord of California.


How do we even begin? How do we begin to build a home out of so many broken pieces?

I don't know. But we'll try our best.

That world you lost, the one that took my brother...I've tried to live up to all the good things you told me about it, and shut out the wicked things as you shut out your past. But I'm not a fresh start for anyone. I was never such pure clean clay.

Andrew:  I'm working on revisions of a novel set in Panama during the aftermath of a tsunami.

Andrew:  Thank you for having me. 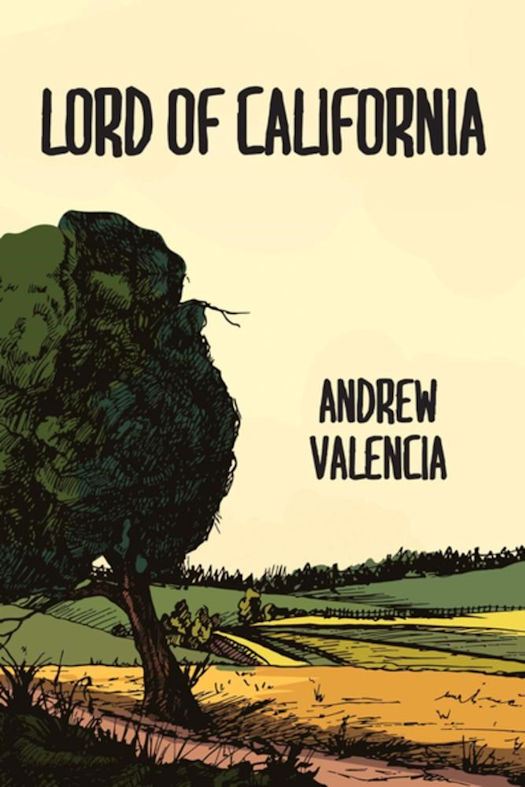 “A remarkable debut. Valencia writes with a sinuous maturity, a boldness of vision far beyond his years. In Lord of California, this beyond-seeing is literal: wild, impressive, at times menacing invention about what a separatist California might look like begins to look downright prescient, and Valencia’s portraitist skill with his characters lifts them off the page, too.”―Ryan McIlvain, author of Elders

Set in a future where the United States has dissolved and California is its own independent republic, Lord of California follows the struggles of the Temple family as they work at running a farm on a nationalized land parcel in the central San Joaquin Valley. When the family patriarch, Elliot, dies, it’s revealed that he had been keeping five separate families, and in the aftermath of their discovery, his widows and children must come together to keep from losing all they have. But their livelihood is threatened when Elliot’s estranged son tries to blackmail them, unleashing a series of violent confrontations between different factions of the family.

A sparse family drama reminiscent of Cormac McCarthy, combined with the intimate first-person narratives of Kazuo Ishiguro, Lord of California is a powerful debut novel.

Andrew Valencia was born in Fresno, California, and graduated with a BA in English from Stanford, where he was awarded a Levinthal Tutorial by the Creative Writing Program. He holds an MFA in fiction from the University of South Carolina. His work has appeared or is forthcoming in Silk Road Review, the Ploughshares blog, Day One, The Southern Pacific Review, The Fat City Review, Crack the Spine, and other publications.